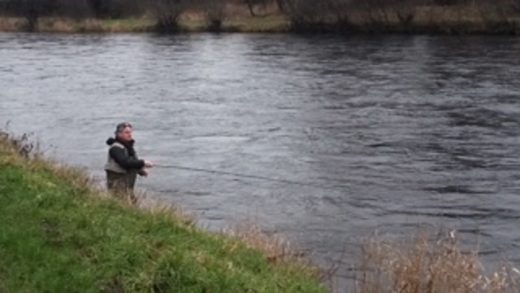 Season 2017 opened on the Lomond System on Saturday 11 February.  Sleet showers and a blustery cold wind kept anglers from venturing out. The bailiffs reported around 15 hardy souls on the Leven and only a couple of kelts to be seen. 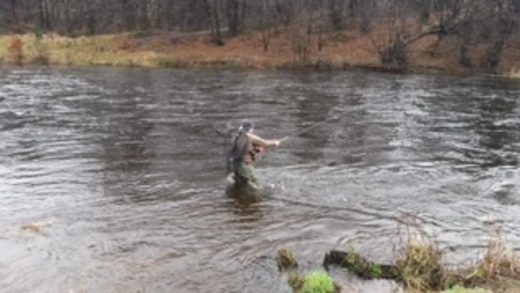 Nevertheless it was a good chance to try out that new rod or line and you just never know…. 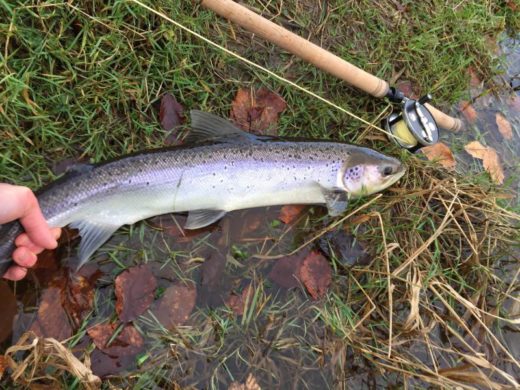 A silvery kelt from the Bonhill Pool. These are salmon or sea trout which have spawned and may still be coloured and in poor condition. Most are usually thin in appearance with a flat or hollow belly and often with distended vents. The fins and  tail may be damaged or torn and if you look at the gills you’ll see maggots within. As they travel back down river heading towards the sea they lose their dark colouring turning bright silver again. Willing takers that may put up a fair old scrap causing confusing for novice anglers.

You might come across a baggot or a rawner. Baggots are hen fish which have failed to spawn for some reason. They are normally well proportioned but their bellies are soft with spawn in them. Rawners are mature male salmon which haven’t spawned and are still full of milt.

Kelts, baggots and rawners must be returned carefully to the water. It’s illegal to kill them.

Anglers are reminded that throughout Scotland it is illegal to kill salmon before 1st April. This has been extended under the Lomond system conservation measures until 1st May. 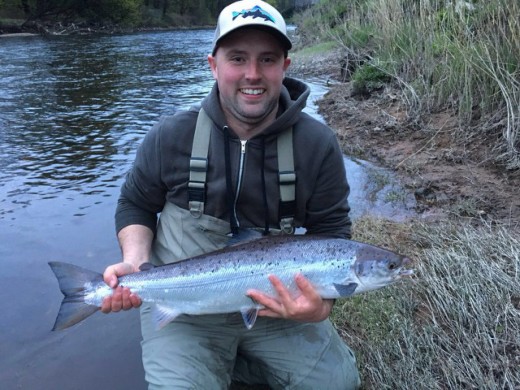 This is what we expect our spring salmon to look like …. torpedos!

Members and ticket holders are reminded that they must not head out onto system without being in possession of a current permit…. ‘But I’ve sent my cheque in’ isn’t an acceptable excuse…. Your permit is your written permission to fish for migratory fish and must be carried at all times. Even though the bailiffs know you, the police can also require production. A few disgruntled anglers were challenged by local officers last season. Don’t fall foul…

Thinking of joining? See LLAIA Membership on our homepage.