The Loch level has now dropped back and the barrage gates closed yesterday reducing the river flow to summer level. However we are almost into July which is not noted for being the driest month on the calendar……

Nevertheless some good sized summer salmon coming through and grilse starting to make an appearance. 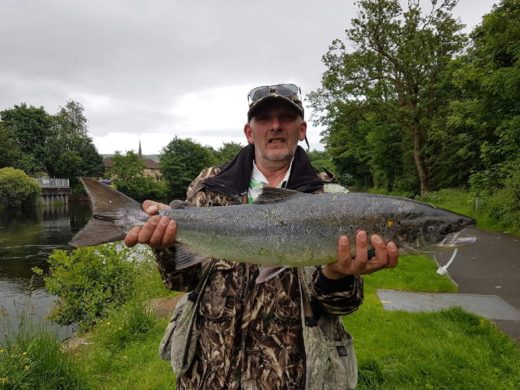 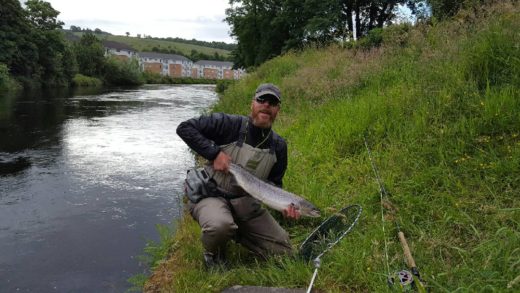 After a spell of good sport on the Loch the run has now dispersed to the usual lies around the banks and islands. The weather hasn’t helped much with strong winds making it almost impossible for anglers to get afloat. 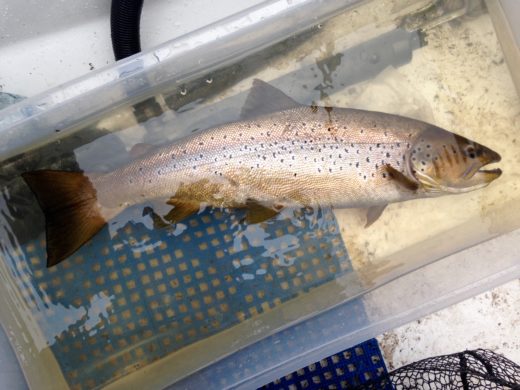 ‘Caught this Ferox fishing the Loch on the downrigger 27ft down on a Savage Gear lure. It weighed 8lb 3oz.  I put fish into the tank so they’re hardly out the water and swim away strong when released’  ‘Also released a sea-trout around 3lb that day lost 2 good trout.’  ‘I’m intrigued too know the largest trout that’s came out Lomond. I heard 19lb.’ ……Anyone Know? 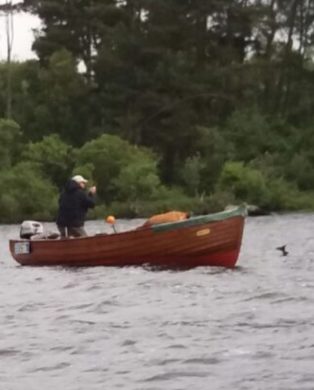 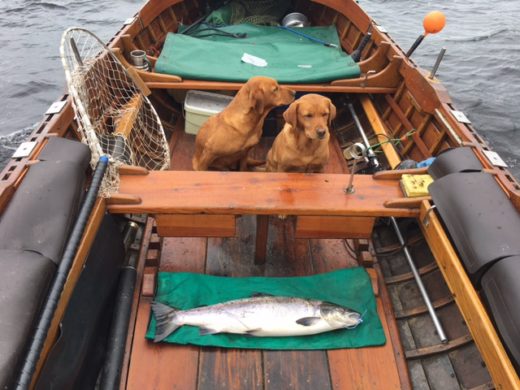 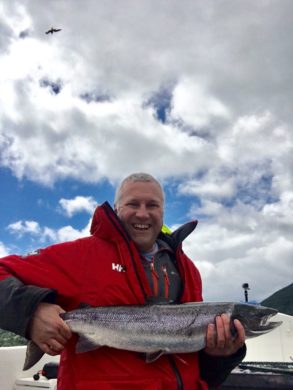 24 June, a very windy Saturday on the Loch but it paid off for Scott Sinclair. Approx (10lbs) taken just north of the Rowardennan Youth Hostel and starting to colour. A quick trophy photo and returned safely.

Good sized summer salmon now making there way into the Loch along with some grilse. Just a matter of getting out there on the hunt….

Marine Scotland is tracking salmon from July 2017 and would like your help.

If you catch a salmon with a tag (as shown in the attached photograph) near the dorsal fin, then please remove it by cutting through the plastic cord to remove the acoustic tag (black cylinder). Please note that the colour of the cord may vary from yellow. 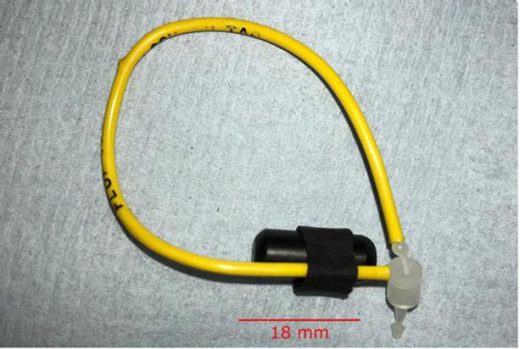 Please send the acoustic tag, also with a note of day and location of capture, to:

Please enclose your name, postal and email (if applicable) address and we will send you £20 in reward.

If you have any other information about the fish (eg a photo, length, sex) then please include it when you send in the tag. However, please do not delay the safe return of the fish to the water to obtain any such information.