High water levels on the Loch last week brought Leven anglers a bonus with the gates remaining open all week. Now back at summer low again……. 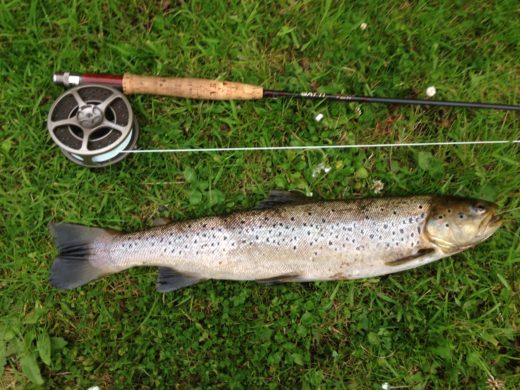 3.25lb seatrout caught behind the cricket pitch tonight. I was fishing for brownies on a little 5 weight rod with a size 14 yellow owl, dry fly. My rod bent double, luckily there were some young lads, who I’d like to thank, because they had a salmon net and landed this for me!! Not sure who was more surprised me or the fish!! 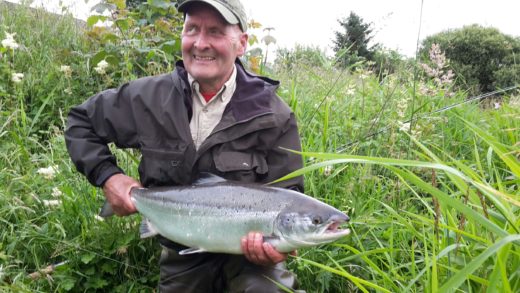 5 July, Davy Robertson took full advantage of conditions landing this cracker, estimated at (17lbs) on the fly at the Glebe. Earlier in the week he had another good fish (10lbs) also on the fly. Both were returned. Well done Davy! 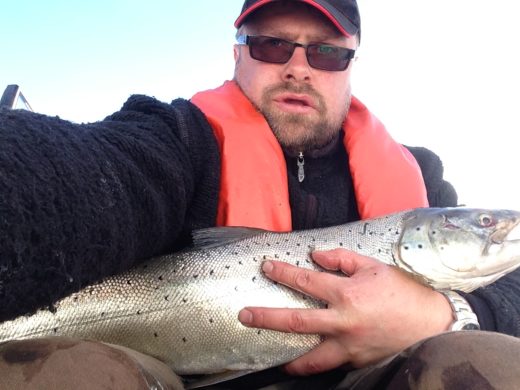 1 July, Ritchie Millar continues his ferox hunt this time landing another one of the Loch’s big sea trout…. 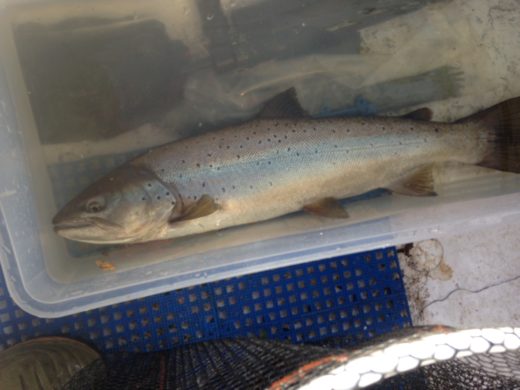 ‘Was targeting Ferox when I hooked into this in the first 15mins today. Weighed it at 9lb 12oz it’s my personal best for sea-trout from the Loch. My previous was 8lb.’

All fish that Ritchie catches are revived in this cold water tank and carefully returned to the Loch. 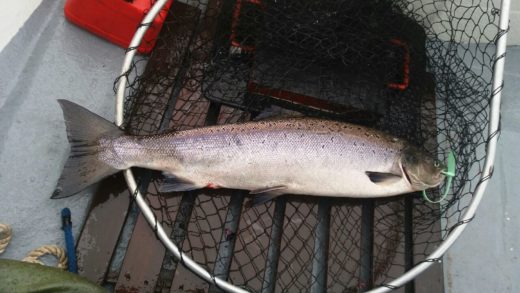 ‘After fishing the Loch for the last four weeks, losing a fish about 12lbs at the net, three sea trout to 4lbs and many pike…today I finally managed a (14lbs) fish off the south east of Inchmurrin in deep water. Copper toby in big wave…at last!’

Fishery Management Scotland advise that Pacific Pink Salmon have been caught by anglers on the Rivers Ness, Dee and Helmsdale possibly having strayed from Rivers in Norway and Russia. Full information on identification is contained in the FMS Advice Note found by opening the link:

River Leven Clean Up
The new dates for the clean up are the weekend of 26th/27th August. This is of course provisional and weather dependent. We will update you nearer the time. Last week our secretary contacted West Dunbartonshire Council to highlight the state of the riverbanks. That very same day their contractor attended with tractor and flails. Now that ground nesting birds have flown we should expect cutting to be carried out more regularly.
JR
Email Reports at: reports@lochlomondangling.com
By Jim Raeburn|2018-03-10T23:34:41+00:00July 12th, 2017|Fishing Reports|