This year’s pike fly fishing competition on Loch Lomond went ahead on Sunday 9th June 2019 with boat and bank pike fly enthusiasts heading out from Balmaha and Balloch. The event was fished on a catch and release basis, photos and measurements accepted as proof of catch. 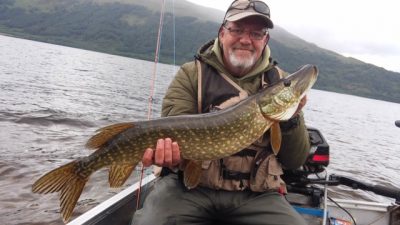 At the Balmaha ‘weigh in’ John Whitelaw was declared overall winner with two pike weighing 13lbs 20z and 11lbs 2 oz. 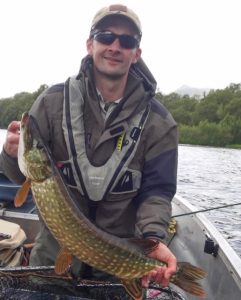 In second place was last year’s winner Alan MacGregor (above) with a pike of 8lbs 3 oz and in third place Charles Kelly with a 5lb pike. 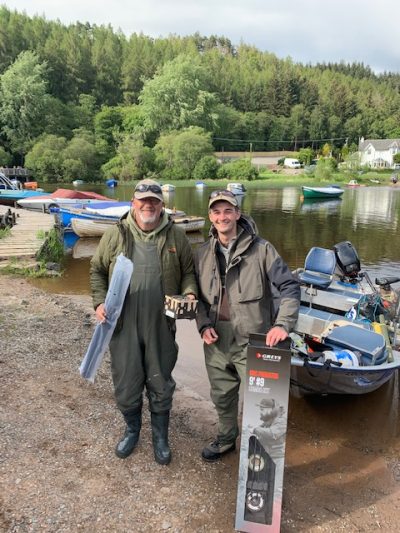 Many thanks once again to Paul Devlin at Glasgow Angling Centre for his support and Vision Fly Fishing , Greys and Guideline for supplying the prizes. Proceeds from the event will be donated to the Loch Lomond Rescue Boat