Despite the majority of us being subject to Government restrictions it is reassuring to know that the LLAIA and other key stakeholders continue to act responsibly in managing our system.Following a report of significant water discolouration of the River Endrick last Sunday the subsequent investigation revealed that a major landslip had occurred.

The LLAIA association was informed of serious water discolouration on the River Endrick last Sunday morning following a call by a conscientious local land owner who initially contacted the LLFT who in turn contact ourselves at the LLAIA.

Upon receiving the call then LLAIA Bailiff (Samuel McBrearty) was quickly on the scene within thirty minutes before being joined by LLAIA Secretary Gareth Bourhill shortly afterwards.

Upon inspection the discolouration did not appear to be the result sewage or effluent discharge. Following the river upstream then upon arriving at the Meetings Lynn Pool it was evident that the heavy sediment contamination was in fact coming from the River Blane. Tracing the River Blane upstream the source of the contamination was discovered to be a significant landslip covering an area of around 20m by 20m of adjoining river banks. It would appeared that the oxbow bend 10m upstream of the landslip had been submerged at some point in the previous few days which most likely resulted in the right hand river bank being undermined and causing the landslip.

The severity of the landslip was such that it had brought down two trees and had sufficient force to push the river bed upwards and onto the left hand river bank. Despite this it was noted that fish migration upstream and downstream was not obstructed. LFT Scientists and land owners will evaluate the situation further and also remove fallen tree once COVID-19 restrictions are relaxed. 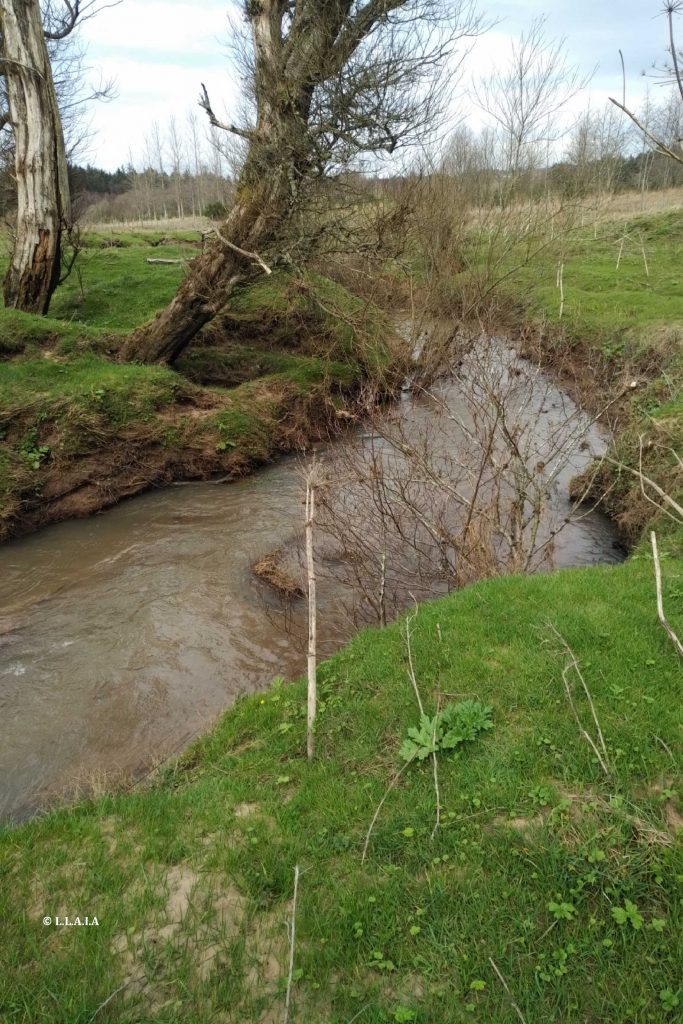 Shows the extent of the water discolouration 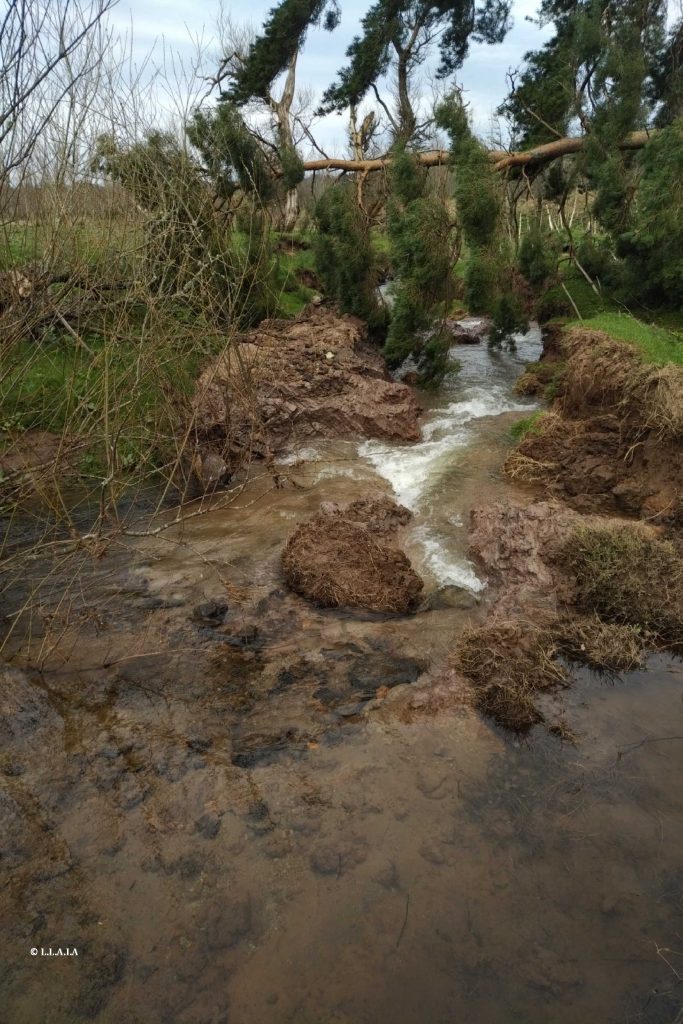 Shows clearly how landslip pushed the existing riverbed across and up so clearly you can see sand/gravel and river bed material now sitting on top and pushed up what was the old left hand bank. 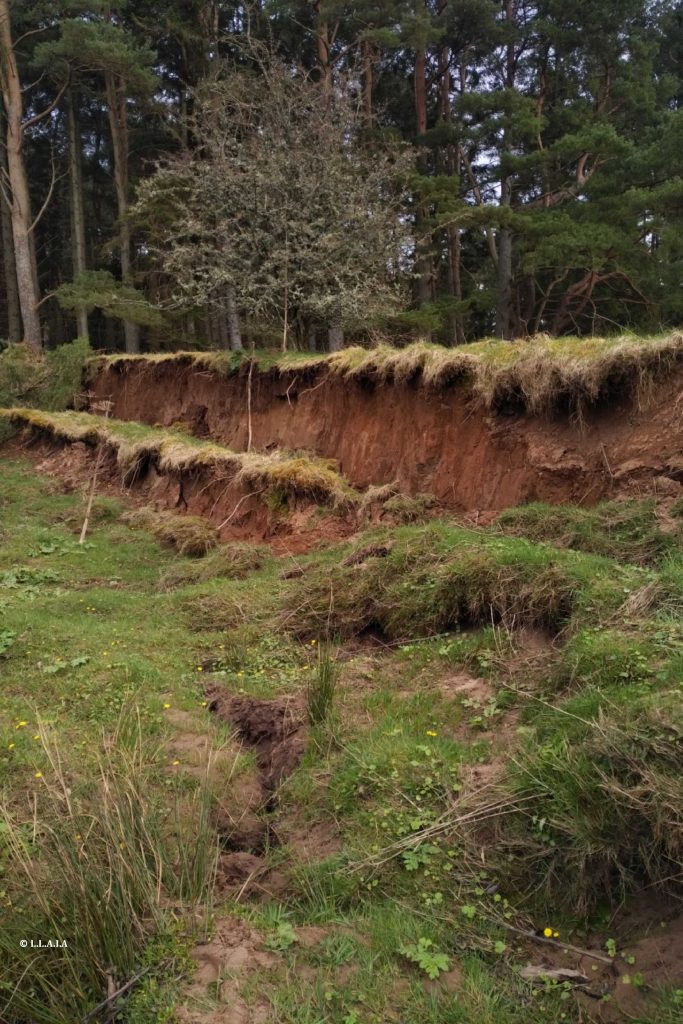 collapse of right bank and trees down

Whilst undesirable then this is a completely natural event which has been occurring for thousands of years and of the type of activity that has resulted in the current formation and contours of our rivers.

The association would like to extend their appreciation and gratitude to both the local land owner and the LFT for their prompt and responsible actions in contacting us. 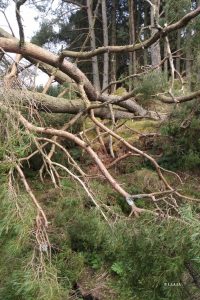 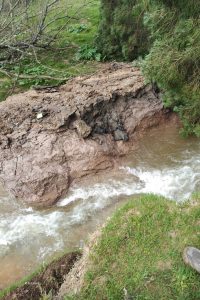 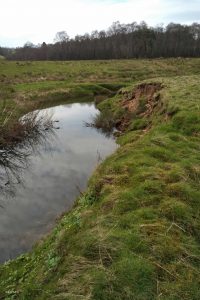