Whilst there have been several reports during this week of significant numbers of fish either lying in the system or of running fish there have been less fish apparently landed based upon confirmed reports.  Reasons for this may include the reduction in the amount of fresh water and height given that this past week we have not seen the heavy down pours of earlier weeks or it may lie in the fact that these running fish are difficult to ‘intercept’. Another possibility may be due to a slight reduction of anglers or angling hours in recent days following the initial flurry of anglers to get out and finally fish following the period of lock down.  On a positive note a heartening sign is the number of Grilse that have been seen moving through and subsequently caught at the tap end of the loch as bright fresh bars of silver. This just highlights the speed and large distance travelled in a short time by these little gems of nature.

As stated above the Leven appears to have had a relatively quiet week in terms of ‘confirmed’ catches. Sean Miller however got things moving by landing a lovely Grilse of 6lb on the worm at the Top Pool on 15th July.

Earlier in the month on 11th July Euan Kennedy landed this cracking fish on a cascade tube at the Chestnut Tree, well done Euan a fish indeed! 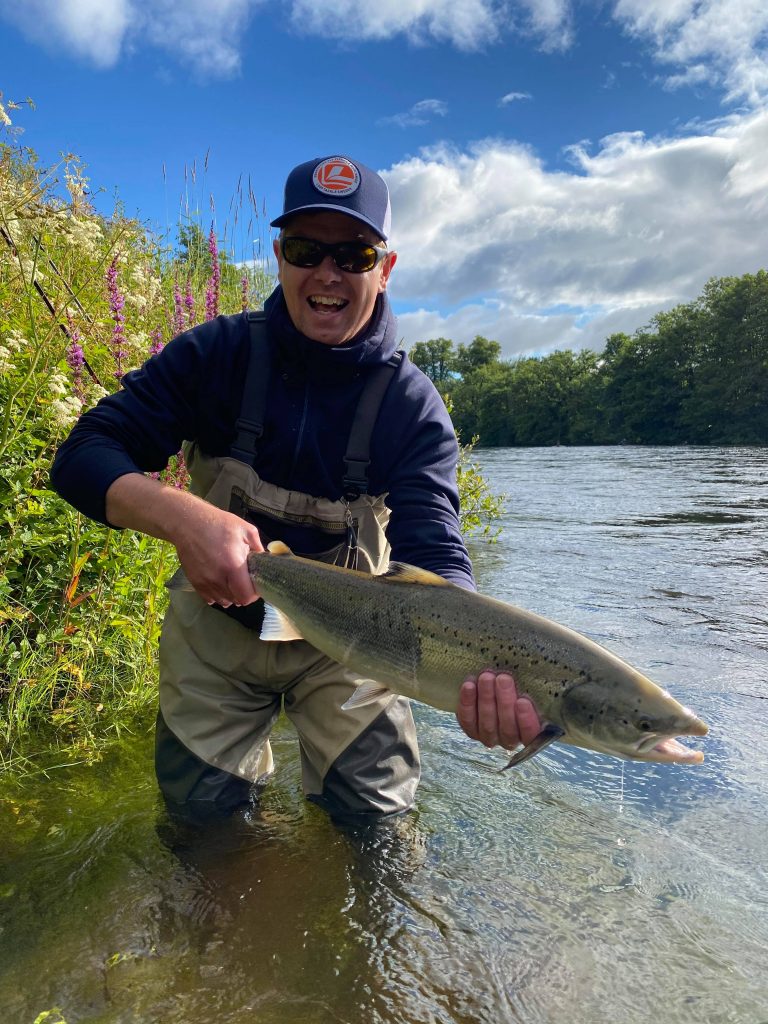 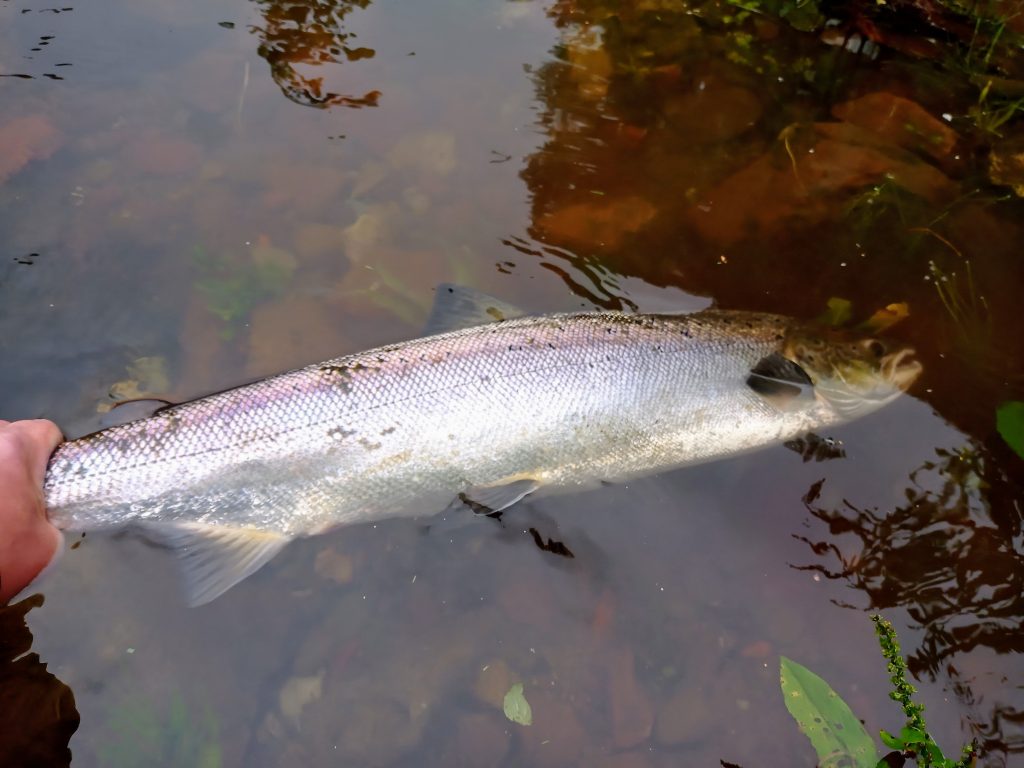 Jim Raeburn (LLAIA Chairman) got his own tally sheet off to a start on the Loch on Tuesday of this week on with a beautiful fresh Grilse of around 5lb caught at  the “Tap End”. An example of just how quickly and far these amazing wee silver torpedoes can travel in a short time. 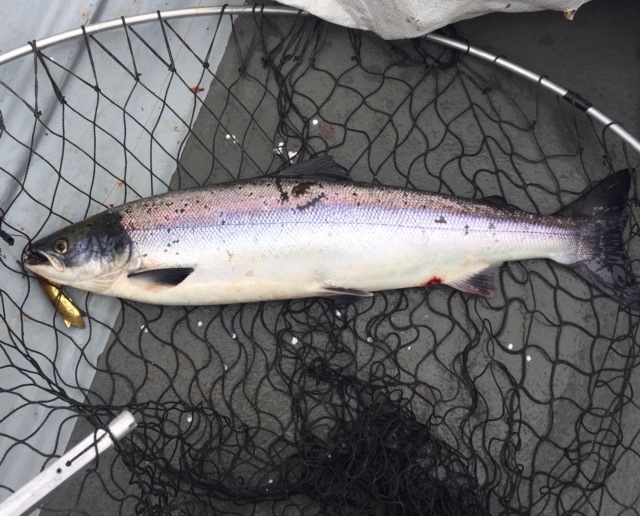 Determined not to be outdone, the third boat in the party Gerd Elseweiller subsequently reported landing and releasing a lovely Grilse of 6-7lbs near Rob Roy’s Cave. 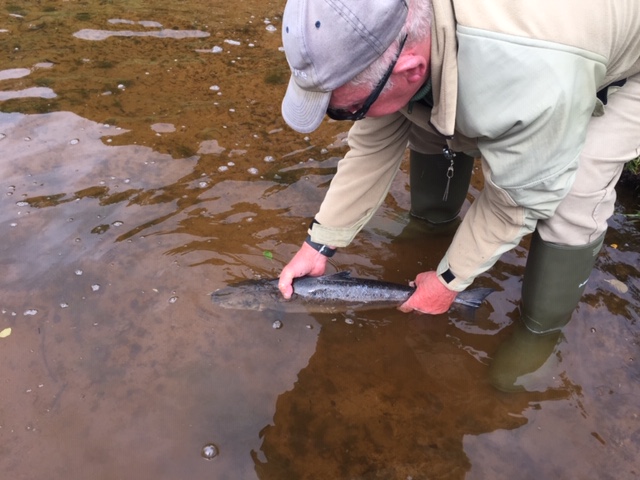 Scott Sinclair added to his earlier success the next day (July 15th) by landing a second fish,  a beautiful Grilse of 5lb which was safely returned. Well done and congratulations Scott! Certainly a productive couple of days at the Tap End by these Balmaha boats. 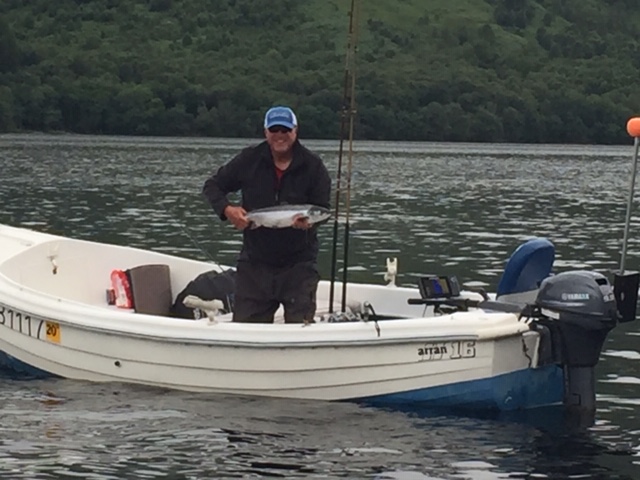 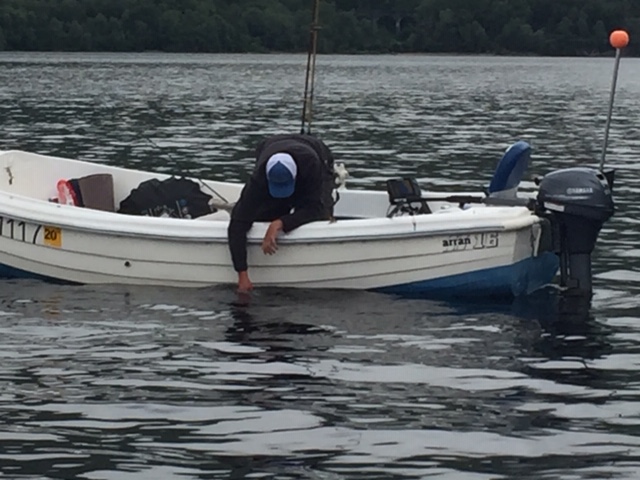 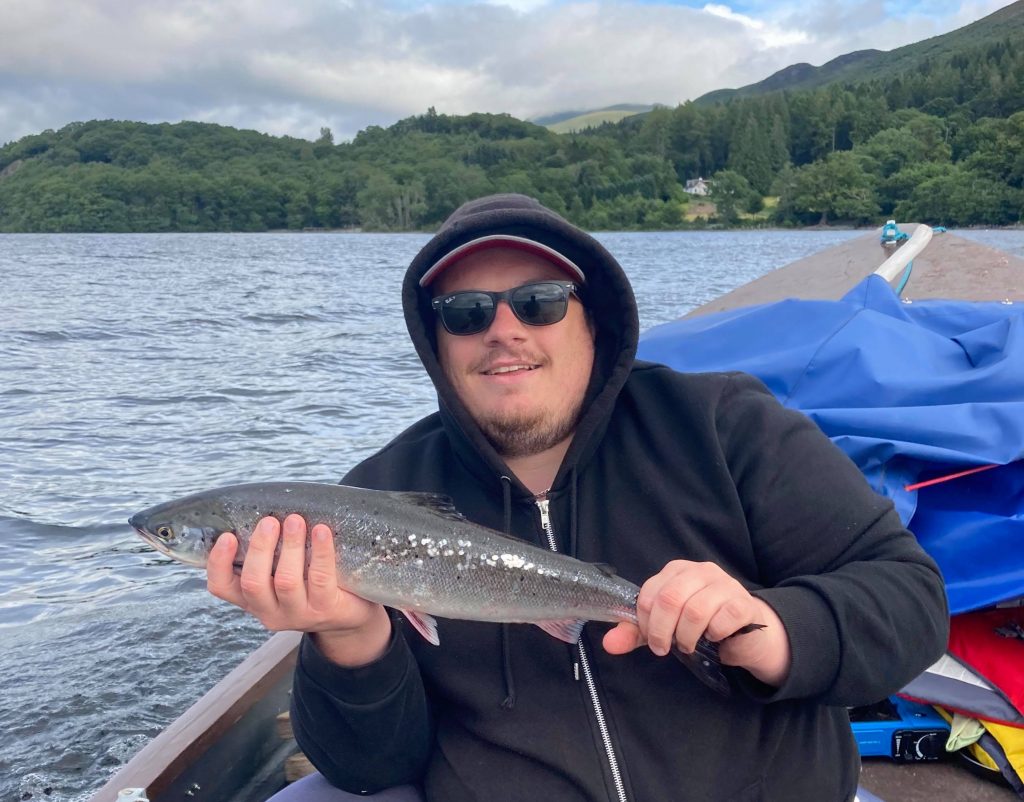 On Thursday the 16th July Loch angler Bob Forshaw rounded off a successful three days fishing with a healthy Salmon of 15lb which was caught also at the “Tap End” and subsequently safely released. This capped an excellent if varied three days of fishing for Bob which saw him landing a serious Pike of 20lb at the “German Jetty“,  several sea trout and four  further sea trout this time on the fly amongst the islands. Well done Bob who is certainly enjoying some just rewards for his effort and days on the water. 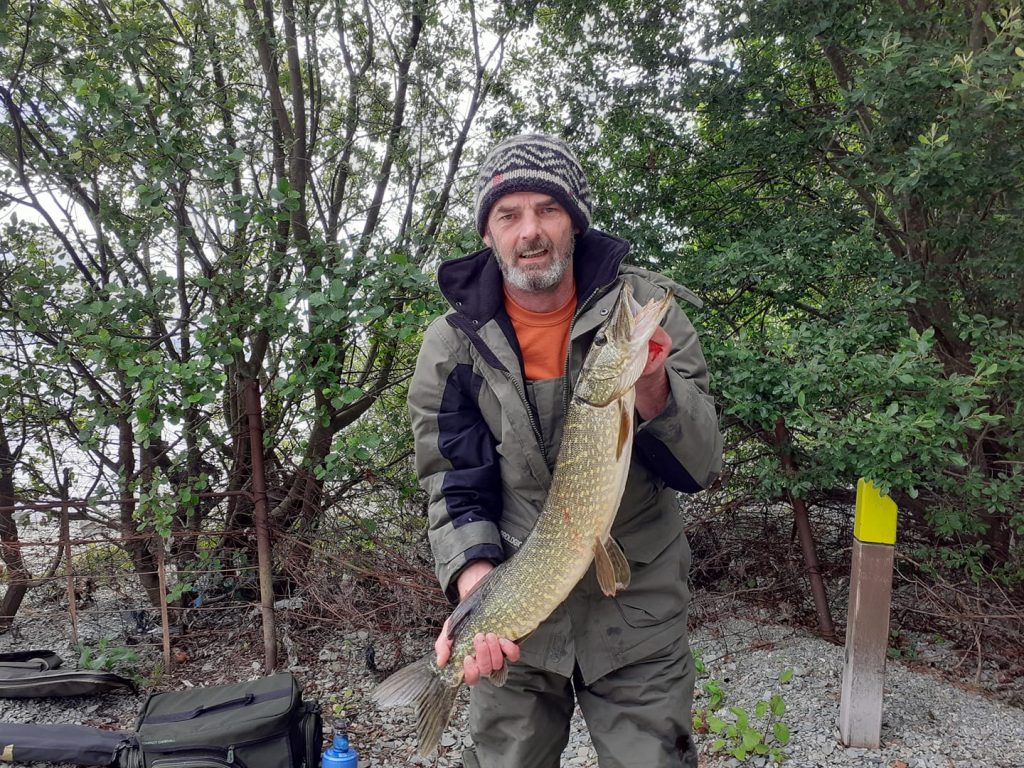 Staying with our coarse angling friends then this monster fish was caught on Saturday 18th July and posted on our Facebook page by Angela Shepherd. 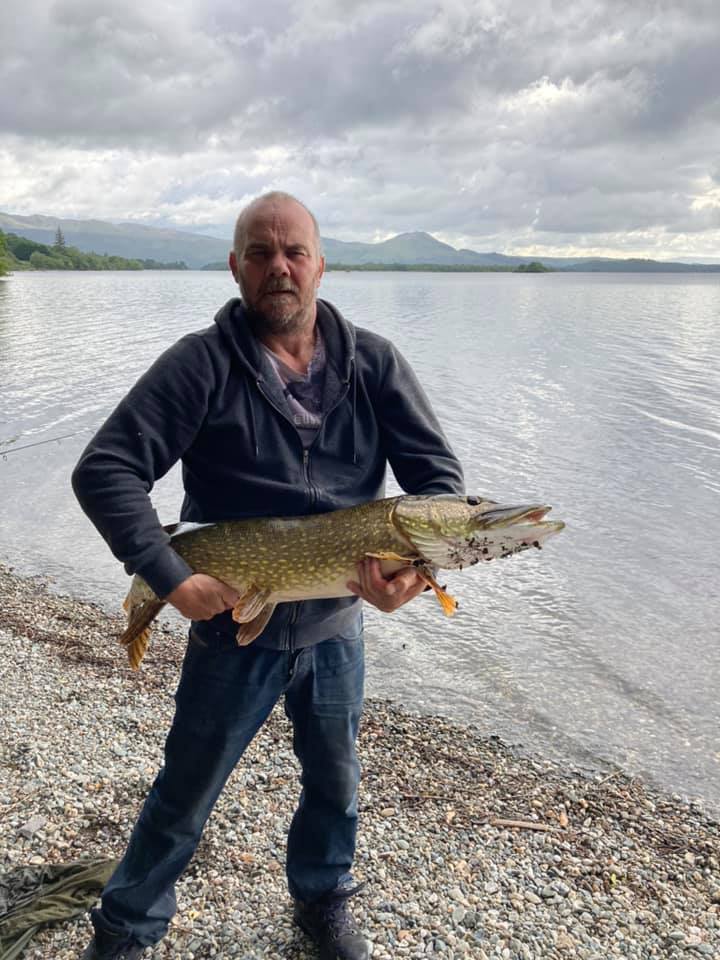 There have been no confirmed reports of catches on the Endrick during the past week, that is not of course to say that there have not been fish caught. This may in part be due to conditions and water levels in which case the weather during the course of this week will no doubt influence matters here. Please continue to share your catches and reports with us so that we can communicate and share your success with other anglers.

Similar to the above situation concerning the Endrick there have been no confirmed catches this week and again hopefully supporting weather conditions will prove favourable in the coming week. Please remember to share your successes with us.

I am aware from informal reports that the Estuary continues to provide good sport in the form of sea trout, mostly it appears in the 1.5 to 3lb range with the normal marks proving to be productive. It would be great once more to hear from anglers and their successes who are fishing these areas of our system.

There have been some reports and comments received regarding the presence of fallen trees at various points on the Endrick. Following the recent easing of COVID-19 restrictions then there is increasing opportunity to safely address these obstructions with priority being given to any that may directly impair fish passage. We of course welcome such reports from anglers of any issues including fallen trees. The majority of these obstructions were already identified and logged pending the easing of restrictions as safety is a key priority for all. We will provide updates regarding this particular issue in terms of progress so please stay tuned.