First Salmon of the season from the Loch. 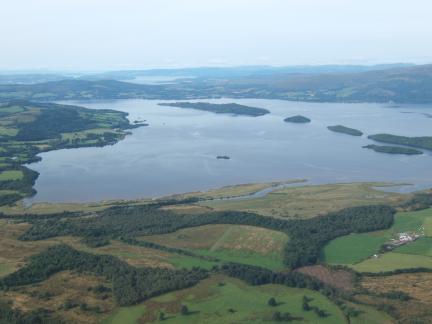 A particularly chilly bank holiday weekend, but Loch anglers are a hardy breed. For some it was indeed a very successful weekend…..

On Friday 4th of May, Stuart McFarlane, a new member at VOLDAC set out from Balloch. Before too long he was in to a 12lb springer at Boturich rocks, a favourite early season mark.

Saturday 5th of May saw another new member at the Vale, Willie Nixon, set out on his first full day since launching his new boat. He started out trolling rapalas, but as there was nothing happening changed to tobies………and it made the difference. Willie successfully landed a 10lb fresh sea liced springer at Milarrochy Bay…..a lucky boat!

On Monday 6th of May, Pat Millar was trolling through Auchentullich Bay when he had a right good take on the poker resulting in his first fish of the season, a 9lb salmon. A gold/black/orange toby being the favoured lure. Good colours for this time of year.

Monday also saw Frank McGeachie with his second fish from the River, caught at the Double Pipes on a flying-c. Otherwise the river seems to have been quiet.

Catch and Release update –  ‘GAC joins LLAIA in £40 reward for catch and release of spring salmon.’

We are now into the second week of May and a few fish are beginning to show. If recent years are anything to go by we should see a steady increase in the numbers of fish entering the system as the month continues and accordingly an increase in those being caught. A crucial time for the system.

All of our members should be well aware of the voluntary catch and release scheme in operation during May. Mr Paul Devlin of Glasgow Angling Centre has kindly agreed to donate a £20 voucher for every spring fish returned. This along with either a £20 voucher or bottle of whisky from the LLAIA is fair reward. A further statement regarding this policy has just been posted on the ‘Committee’s Blog’ section of this site.

Everyone is always interested to hear of the results of our members’ skill and patience and see the fine specimens that the Lomond system can produce. As always we would like as much information as possible. While this initiative is ongoing though we would prefer only to post photographs of anglers returning fish……… the ones that get away! It’s hoped that it won’t be too long before we see some happy faces………. and even happier fish!