On Friday 18th May, Leven angler Robert Russell successfully netted a 12lb spring salmon at the Glebe. The fish, caught on a flying-c, was duly photographed, fin clippings taken and returned to the river. It was witnessed by fellow angler Andy Patrick. Once Robert’s claim has been scrutinised by the LLAIA and Mr Paul Devlin at Glasgow Angling Centre, our partner in the Voluntary Catch and Release Scheme, he should receive his choice of either £40 in GAC tokens or a bottle of malt whisky and £20 in GAC tokens. Paul, who has taken  a great interest in our scheme has agreed to extend his sponsorship until 15th of June.

Robert will be the first Leven angler and the second on the Lomond system this season to return a spring fish. He should consider himself a fine sportsman who obviously cares enough about what the future holds. While we don’t expect all our anglers to subscribe to voluntary catch and release we do ask you to think twice before despatching your catch. If you feel that you must, then please.. only take what you really need. Those few words have a familiar ring to them………. 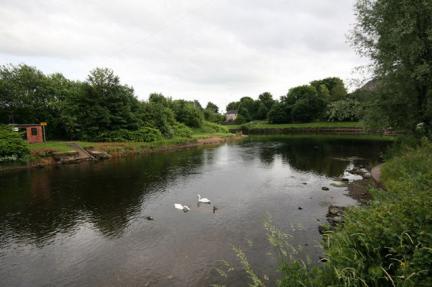 There were mixed fortunes on the Leven this week. On Thursday 17th May, Brian Ward landed a 13lb fish from Chapel Hole, caught on the worm. That same day Bob Rodger lost a salmon of around 20lbs at the Flowers. He managed to get it alongside the bank and as Alastair Miller attempted to tail it, he was left with a handful of sea lice. We hear that Jim McDonald was out on the river during the week and also lost a fish of a similar size. On Saturday 19th May, Jamie Wallace landed a springer of 10lb from Chapel Hole.

Reports of fish attract anglers and there have been a few more on the river. Bryan our bailiff reckons that during the week, if the gates are down, there can be 25-30 daily, gates up a lot fewer and on a Saturday between 40 and 50, but on a six mile stretch of river that’s hardly shoulder to shoulder. 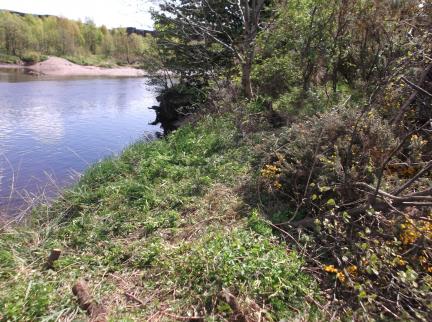 At the weekend the Leven clean up continued and a path has now been cut from the Boat Hole to Blue Bridge, meaning that a half mile stretch, which over the last few years has been inaccessible after May due to brambles etc, has  been opened up. Only the stretch on the east bank from the Bucks to the Wash house remains to be cleared. This work will be completed over the next few weekends. Anglers and members of the local community have been commenting on how good the river looks.  Once again a big thanks to all those involved for their hard work. 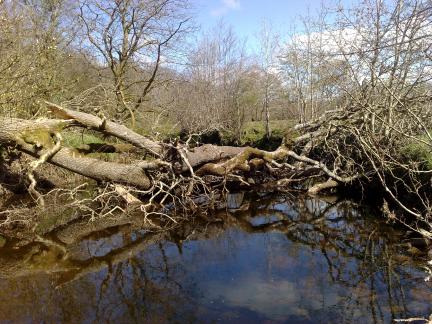 The Fishery Improvement Group will begin work on the River Fruin on Sunday 27 May. As you can see there is a bit of shifting to be done, though we do hope for some mechanical assistance! Meet at 10am at the old quarry across the road from the farm at Dumfin. The main focus will be on the ‘horseshoe’. Everyone will be most welcome.

On Friday 18th May, which was not a particularly pleasant day with showers and a cold east wind, there were at least six fish off the Loch, all in the vicinity of the Endrick Bank.

Voldac member Scott Pryce boated a springer near Net Bay which weighed in at 10lb.

A further five fish are believed to have been taken by Balmaha boats. Peter Lyons was seen on the Bank with one salmon and later returned to Balmaha with a second fish on board. Lenny Grant was seen in the same area displaying a fine spring fish and on his return to the Bay also had a brace. It was reported that Michael Brady had a fish in his boat. It seems that all of these fish were in the 10lb class. 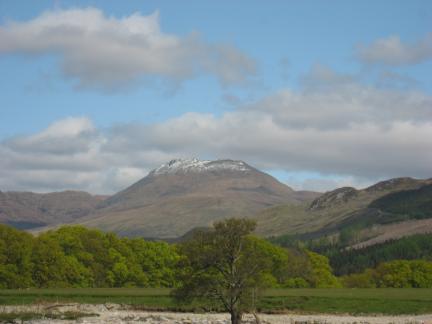 Saturday 19th May and snow on Ben Lomond.  Voldac member Alec Doey set out early, and after chasing a seal around the river outside the club made his way towards the Loch. Near the river mouth he landed a 10lb spring fish on an orange and gold rapala. After trolling the Bank he headed over to Auchentullich Bay where he had a second fish to a Landa Lukki lure.

Some hardy anglers on the Loch. 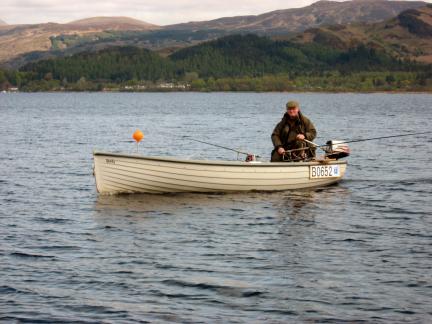 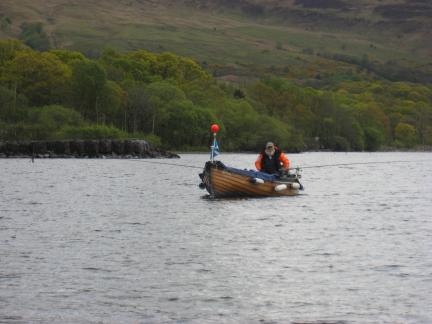 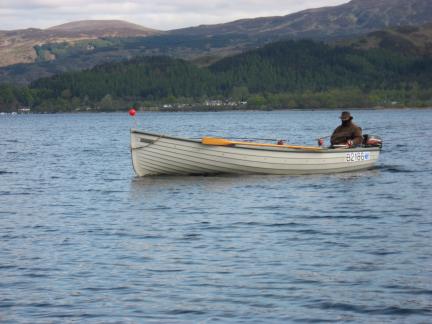 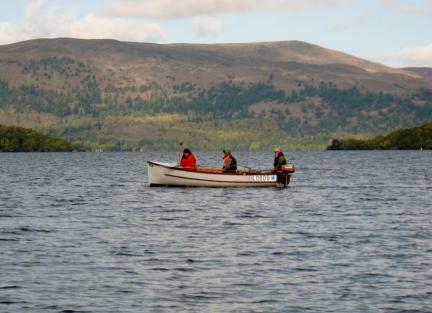 The cold conditions didn’t discourage these Loch anglers and at one point the Endrick Bank looked as though it was being visited by an Atlantic convoy, six boats being seen in Net Bay at one time, jockeying for position and others spread out from Balmaha to Stables Bay. However it was even too cold for the pike and there were no further reports.

On Monday 21st May Scott Pryce returned to Voldac with his second fish of the year, another 10lb salmon taken near the Boathouse. The forecast this week is for warmer weather with some cloud, which will make things more pleasant where ever you are on the system.