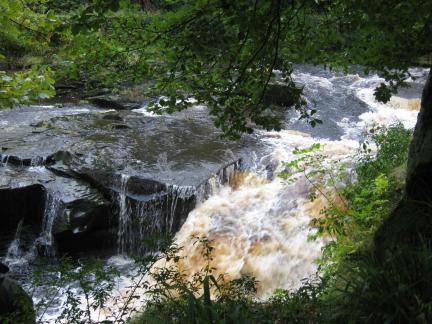 The first report of a salmon having been released this season has now come in. It didn’t come from the River Leven or Loch Lomond as we would have thought, but from the River Endrick.

On Monday 14th May, Chris Turner landed a fine 6.5lb spring salmon at Barnes Ford. The fish, which was a bar of silver was caught on a size 10 Tosh double. It was quickly photographed and returned to the river. Congratulations Chris, a bottle of whisky and a Glasgow Angling Centre voucher for £20 will be winding its way to you very shortly. 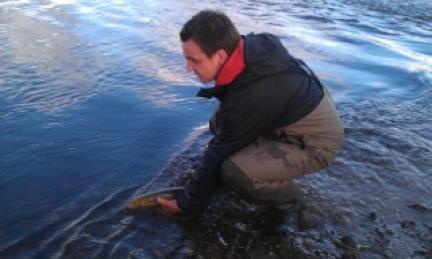 This is just the very news that we had been waiting for and hope that other like-minded members will follow Chris’s example.

We are now half way through May but with two weeks of the voluntary ‘catch and release’ scheme to go there’s still plenty of time to earn yourself some new fishing tackle and/or a good dram. As things stand we may be able to extend the offer till the end of June and soon as it’s agreed we’ll let you know.

We have now managed to negotiate the lease on the Craigbell Pool, which is good news for members. See the Committee’s Blog for further details.

At this time of the year we expect some good fish to show up in the Leven and that is indeed the case.

John McMillan contacted us to say that on Saturday 12th May, he had a fresh 12lb salmon at Sandy Hole. On Tuesday 15th May, Leven angler Hugh Bell had a fish of 18lbs at the Double Pipes on the worm and today Wednesday 16th of May, John McGinley had a springer of 11lbs at the Managers on a black flying-c.

With fish of this class being caught there should definitely be an increase in anglers on the river. Last weekend’s ‘clean up’ will make a big difference accessing certain parts of the river and a few less snags. 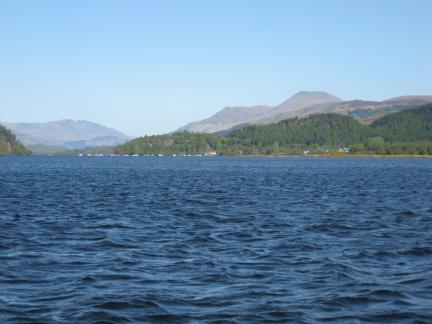 Still fairly quiet on the Loch, but it’s early days. A good number of sea trout have been caught on the troll and the fly. Some of these fish, as we’ve seen, into double figures. The surface temperature of the Loch is sitting at around 9 oC which is still rather cold for the time of year.

Alan Millar snr  set out from Balloch this morning, 16th May. On passing the Boathouse, down the bottom end, he got into a good heavy fish. When it was eventually landed it weighed in at 20.5 lbs. Well done Alan! The lure of the day was a copper toby.

This weekend may see a few more fish off the Loch. As mentioned earlier there are spring fish being caught in the Leven as far up as the Double Pipes, which isn’t that far from Loch Lomond.

All photos and reports of your day out on the rivers or Loch are still most welcome. While the voluntary’ catch and release’ scheme is ongoing we think it prudent to only post photos of anglers returning fish, but all of your photos will be catalogued for future use.