A few fish still coming to the net, though not in quite the same numbers as we saw at the end of June. The constant rainfall has kept the Loch topped up and the river at a reasonable level. 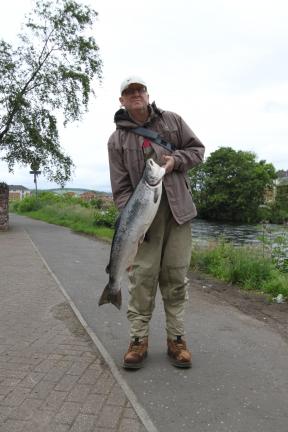 On 5th of July Danny Borzacchiello had a fish of 10lbs at Ritchie’s, also on a black flying-c.

Monday 9th of July was a memorable day for Jim Conroy. Jim, who having only recently taken up fly fishing, had his first fish on the fly at the Glebe. The fish weighing 10lbs took a Blue Charm. Well done Jim, as a beginner it’ll be reassuring to know that you’re definitely doing something right.

There have been a few sea trout coming to the fly on the Leven. Malcolm Campbell with a fish of 2.5lbs and Malcolm MacCormick with two fish of a pound each which were both in really good condition.

Says Alex….. ‘On Saturday 7th July I was out with Donald on Lomond and we returned five sea trout between 1lb and 2lb at the Crin, Long and Short points and Inchfad.’ 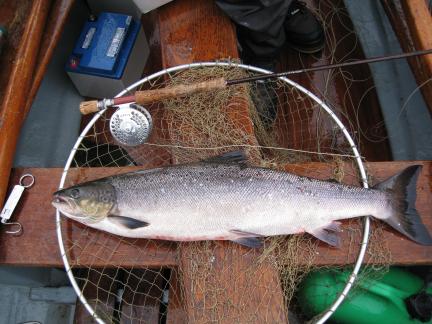 ‘ The day was topped off with a 9.5lb salmon which I caught on a size 8 muddler. On the previous Friday, 30th June, Donald had a sea trout of about 5lb 12oz and another of 3lb. I also returned one of a pound and three quarters. All of these fish were very fresh and in perfect condition.’

Denis McLaughlin was out on the Loch at the weekend enjoying sport with several sea trout to 3lbs caught off Inchmurrin and Auchentullich Bay.

Boatmen on the troll appear to be having a lean time, no doubt due to the height of the Loch. 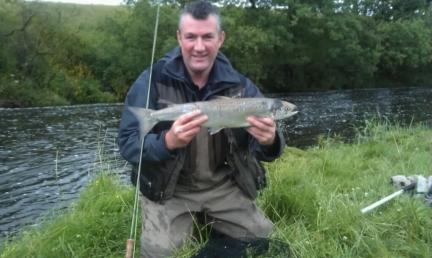 On Monday 9th July, regular Endrick angler Colin Ferguson had his first fish off the river this year at Barnes Ford, a 4lb grilse. 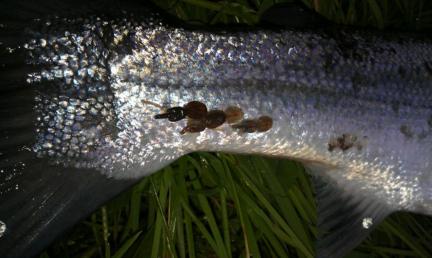 This very fresh fish shows that grilse have entered the system and are not wasting much time in the Loch. Fellow angler Chris Turner reports having seen plenty of fish running. Keep us posted gents. 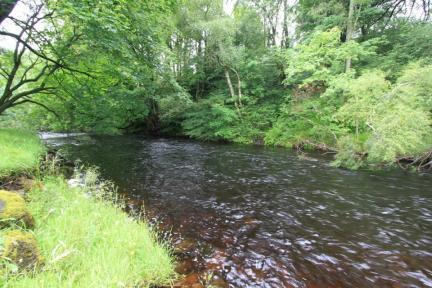 At the weekend committee members and bailiffs visited the stretches that the LLAIA is in the process of buying at Bogside, Kilchunan and Mill of Glenboig. 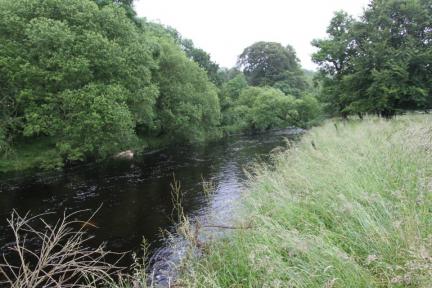 With an extra foot of water running, these stretches look to have great potential though it’s many years since any systematic work has been carried out. However, we have the tools, the stiles and most importantly the volunteers, so it won’t be long before they are tidied up. 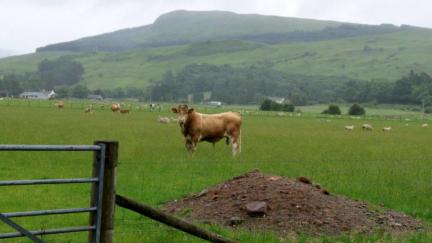 One local resident was seen taking more than a passing interest in the newcomers……..beware !!