The gates have been open all week giving good fishing conditions, however today they were raised again to weekend level. Heavy rain is forecast for the beginning of next week, so we can hope they’ll be dropped on Monday.

A few grilse landed, mainly off the top end of the river. 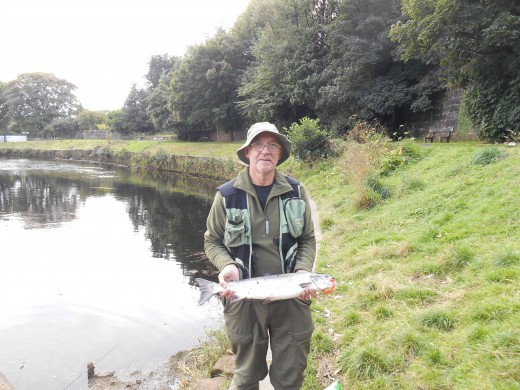 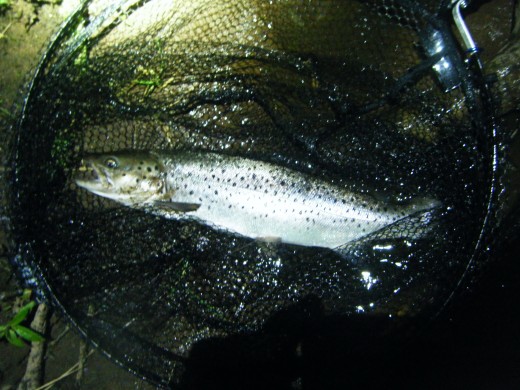 On the 5th, Iain Morison had this fine sea trout on the fly:

‘Got a proper one this evening. About the 3.5lb mark. Took my reliable black needle fly around 21:30 at the Lade. Fish was in great condition and although not clear from pic was a plump fish. It’s back in to carry out its mission.’ 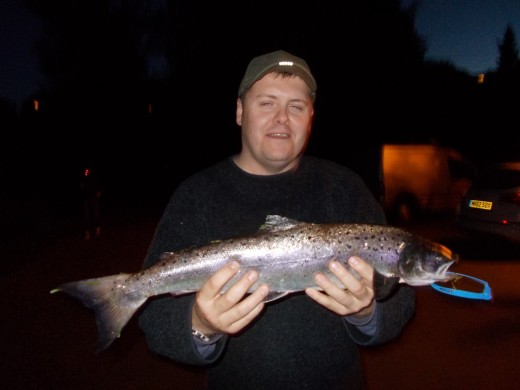 On the same date, Eddie Fraser (4lb) at Linnbrane Hole. 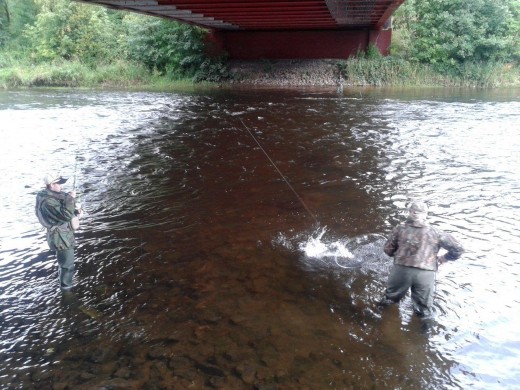 Saturday 7th of September, Stephen Japp plays his first grilse off the Leven at the Bonhill Pool. 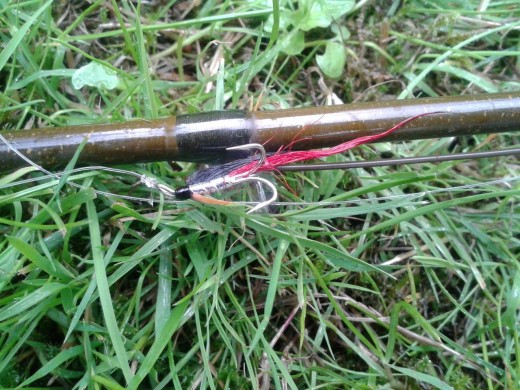 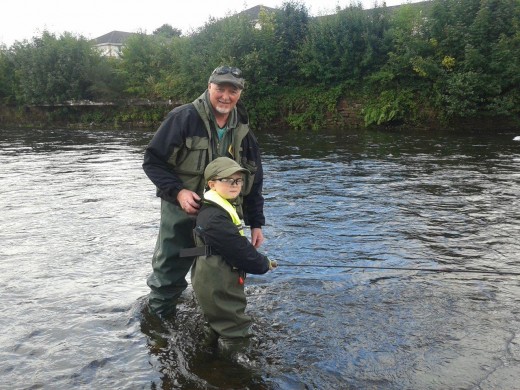 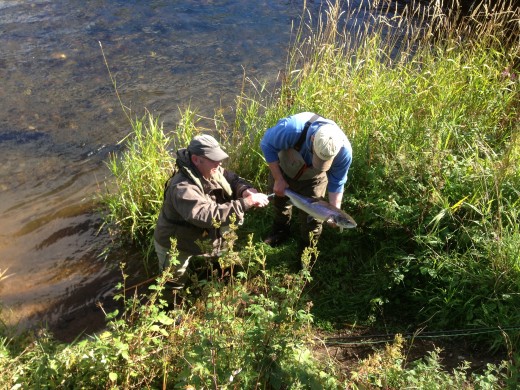 Stuart Campbell watched these two anglers enjoying their day on the river on Tuesday 9th September. 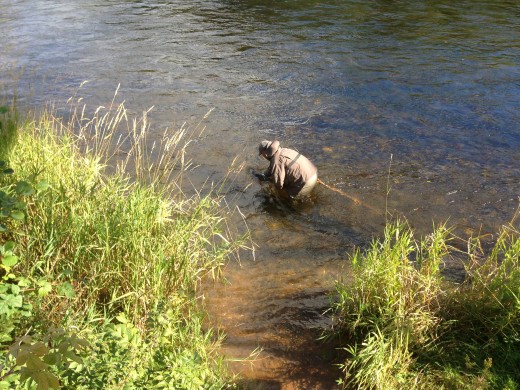 Within half an hour they both landed and returned grilse on the fly at the Bonhill Pool. Well done gentlemen. 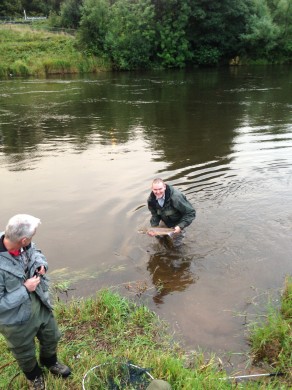 Yesterday Neill Sproull decided to have a a few casts after work. This cock salmon (8lb) soon put a bend in his fly rod before being returned to the river. 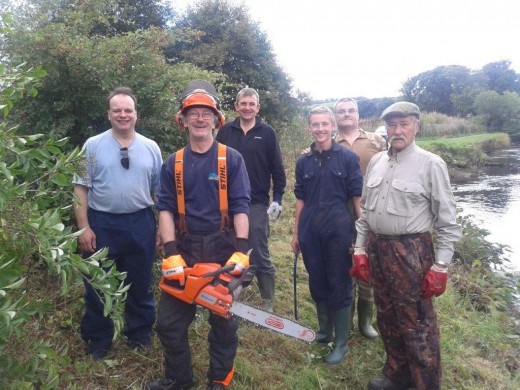 Our happy bunch of volunteers have been busy again. McKinnons down to the Boat Hole trimmed and strimmed. Good work guys. 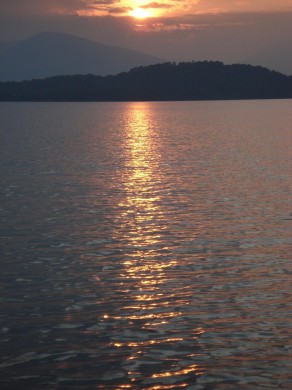 The Loch has been fairly quiet, though fewer boatmen are venturing out during the week. September and October are usually good months for sea trout on the fly. Plenty of daddylonglegs about just now too. Surface temperature 14oc and falling.

LLAIA have the intention of forming a joint project with an angling charity called “ANGLING FOR YOUTH DEVELOPMENT” (Charity No SCO39286) which offers people of all backgrounds & abilities the opportunity to participate in angling and angling related subjects, thereby improving their quality of life.

We need Lomond system volunteers willing to give up 3-4 weekends (9am-5pm) to be trained FREE OF CHARGE to become qualified angling coaches with Lomond AFYD Hub.

Interested in being part of this very worthwhile and rewarding project?