Another quiet week on the Leven but it goes without saying that this year’s weather has been a complete contrast to last year. Hopefully the rain gods will be good to us soon. 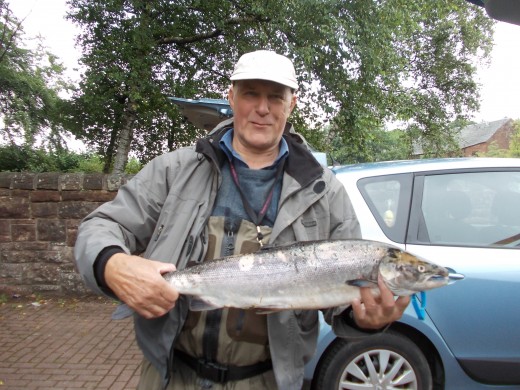 On Saturday 30th, the month ended for Andy Patrick at the Bonhill Pool with a grilse (6lb). We’ve had a recent unconfirmed report of a 12lb sea trout landed near McKinnons. Anybody shed some light? 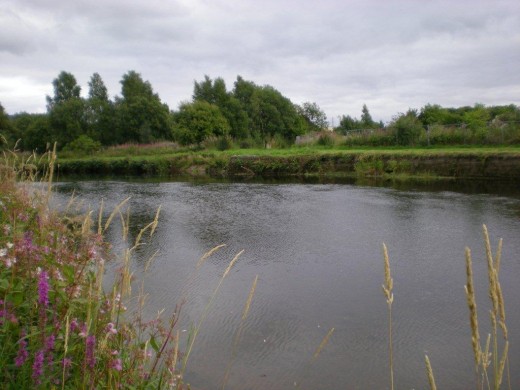 Some great work carried out last week by the bailiffs and volunteers. The bank on the Renton side of McKinnons has been cleared and manicured… 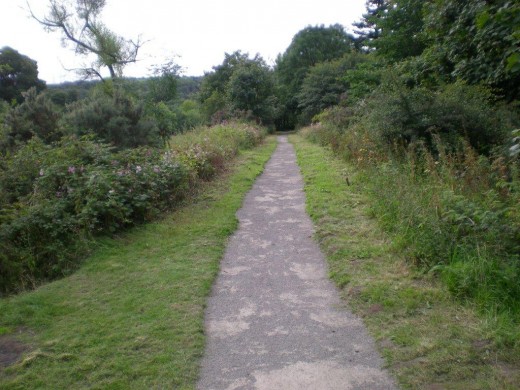 ….and the path on the industrial estate side of McKinnons strimmed. This goes from the Polaroid Bridge down past McKinnons. Thanks to those involved.

Still a few fish coming off the Loch, mainly around the islands and bottom end. 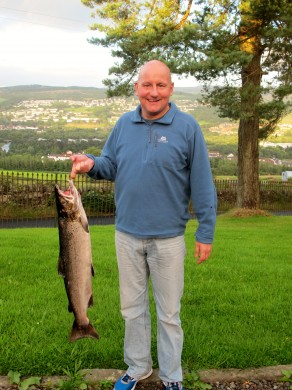 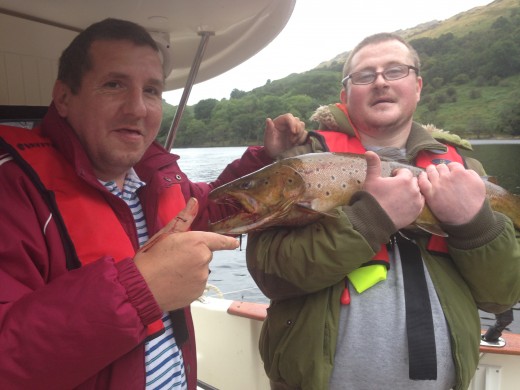 Peter McFarland contacted us with this report:

‘I recently took out two anglers from The Scottish Association For Mental Health and decided to head north for a change to fish at Ardlui.’
‘One of the boys, David hooked this fine specimen. After quite a long fight, the fish was  landed, allowed to recover in the water for a few minutes and then safely returned. It weighed 12 lbs exactly and fell to a gold/orange rapala.’
Thanks for that Peter. There’s not much doubt that it’s a Lomond ferox. 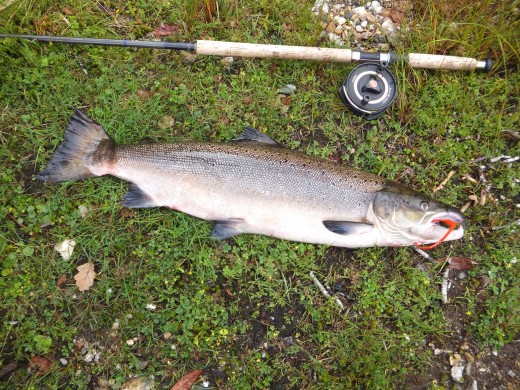 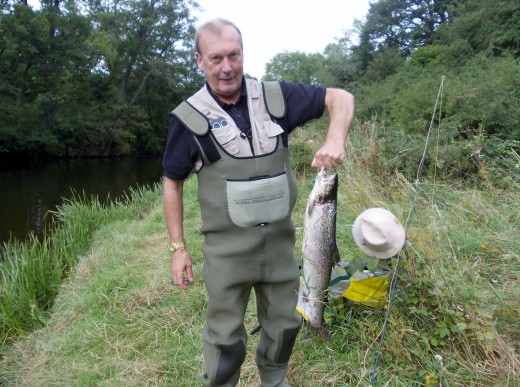 Wednesday 28th August, proved to be a memorable day for Alan McKee. Despite low water, Alan managed to land this 8lb salmon, net and return another, and lose a third……perseverance. 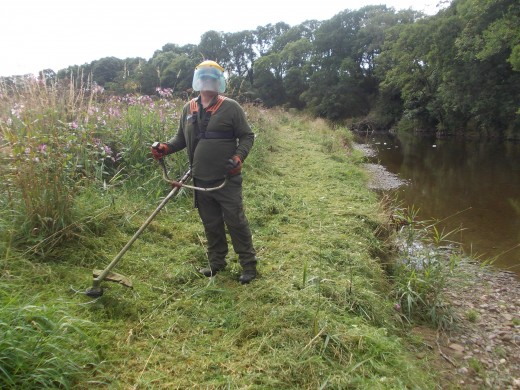 The bailiffs have been busy tidying up the Endrick, strimming……… 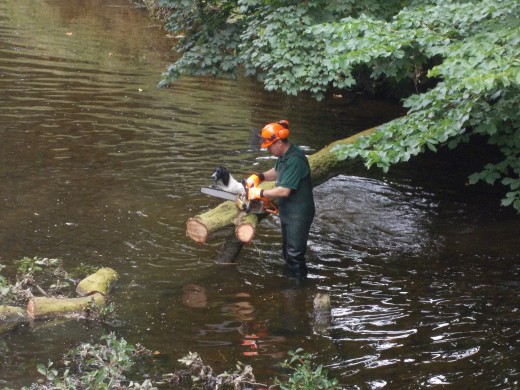 ….and cutting…..closely supervised of course!

We are very pleased to announce that the River Fruin webcam is now up and running and can be viewed by clicking the ‘River Webcams’ button on the homepage. This facility will provide real time water level updates, refreshing at 10 minute intervals. We’d like to take this opportunity to thank all who were involved in this successful project.