Running silver on the Leven

After what was a relatively quiet start to the season the first fish off the Lomond system in 2015 has been caught on the Leven by Danny Docherty. Danny caught the fish, a 12lb silver beauty, in the Bonhill Pool. After a quick picture by James our bailiff the fish was successfully returned and off on its journey. 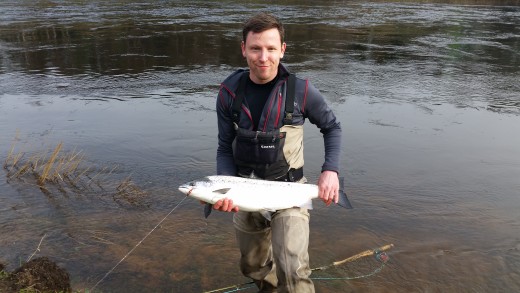 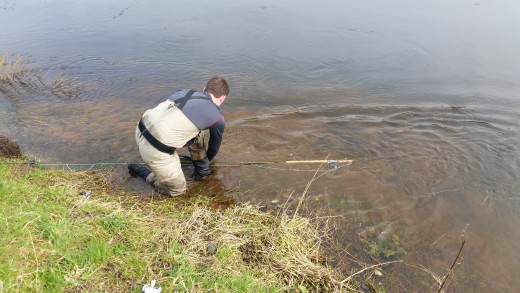 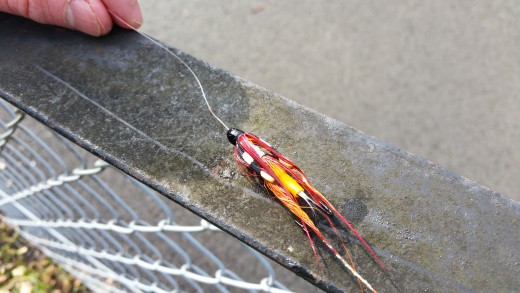 For the fourth year running the Leven has produced the first fish of the year and as always at this time of the season these fish are delight to catch. Interestingly the last opening fish caught in March (in 2013) was also caught on the fly.
There is every chance that with the high water conditions that we have experienced over the last few months there will be more fresh fish out there. I suspect that this weekend with milder weather conditions could be busier than last weekend when only a few anglers were out.

Although it is probably too early as yet to consider giving the Endrick a try (although you may know different) work has been ongoing to prepare for the new season. A new car park has been constructed at Barn’s Ford, a popular early season cast, which will provide parking for 3 cars as well as allowing space for vehicles to turn. This will be a welcome benefit to Endrick anglers and just in case it is all too much for you we are also in the process of sitting a bench on the far side of the footbridge. 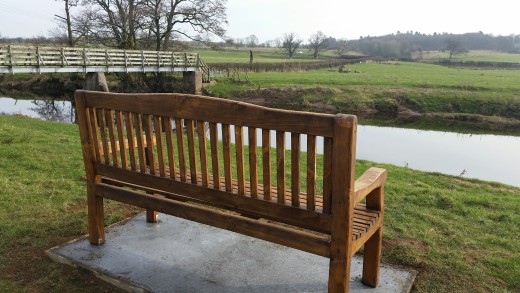 This Sunday (22 March) we will be holding our annual spring clean on the Endrick and will be tackling stretches from Fintry downstream to Coolies. If you have spent a bit too much time on the couch over the winter this is a great chance to get out and do your bit for the club. We are meeting at Killearn Village Hall at 10 am on Sunday, tools, food and refreshments will be provided.

River Fruin
Shortback and sides on the Fruin

Last Saturday the Fruin had its first makeover of the year with work undertaken on 2 separate sections. At Inverlauren yet another pool has been opened up for anglers along with 3 fishy looking runs. Lower down at the Horseshoe some much needed bank protection work was undertaken with the establishment of cut willow defences which should prevent further erosion at vulnerable points. 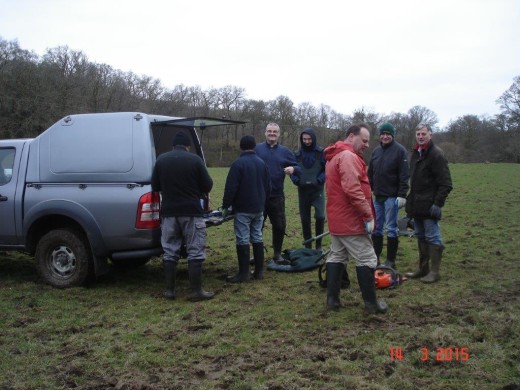 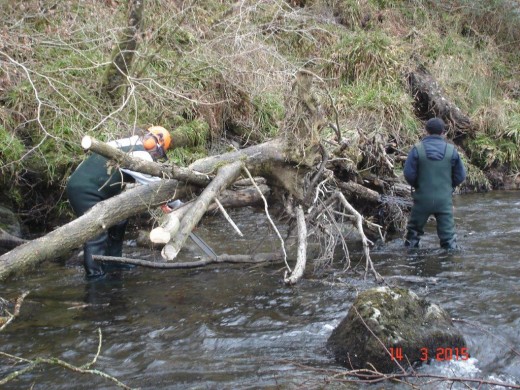 Loch Lomond
Early days but the fish are coming!

With the first fish off the Leven there is every chance that there might be a few more anglers setting out from Balloch and Balmaha on Saturday with a view to intercepting an early springer. Even if the fish are playing hard to get the early spring scenery is a joy to behold and with the temperatures on the up it might even be a pleasant experience out there!

It is always good to get the first fish off the system and a March fish always gives a boost. On behalf of the Committee I would just like to wish everyone tight lines in the weeks and months to come.