No summer this year…so far, but the Leven anglers aren’t complaining. Heavy rain and more forecast means that the barrage has remained open and likely to remain so for the next couple of weeks. Catches of summer salmon have been fairly constant and good numbers of grilse showing. Fly, worm and lures all producing. 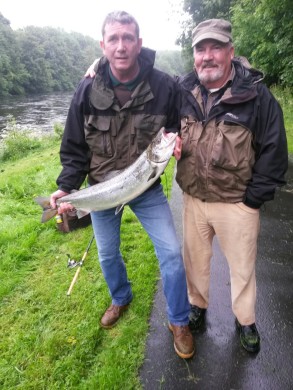 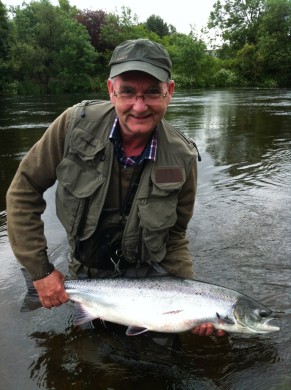 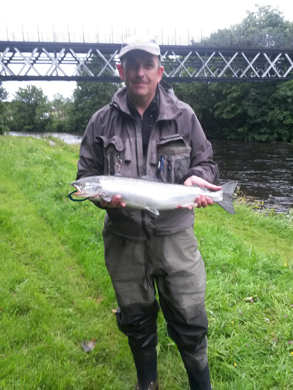 The Loch level remains high for the time of year. Most regular loch boatmen will agree that it fishes best in low water conditions, however there’s still fresh fish coming to the net, particularly in the Boturich/ Boathouse area. Grilse also making a welcome appearance. No news of catches from the ‘Tap End’. 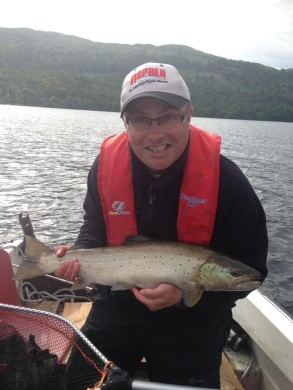 27th June, day ticket angler Ritchie Millar had a memorable day out on the troll. He landed and returned this fine specimen sea trout (8lbs) reminding us (as if we need to be!) that Loch Lomond is one of Scotland’s top sea trout waters. He also landed two large brown trout (6.5lbs) and (6lbs) – returned. Ritchie’s sea trout won him this weeks ‘Daily Record Fish of the Week’ prize. Congratulations!…. and we know that there are still bigger fish out there… 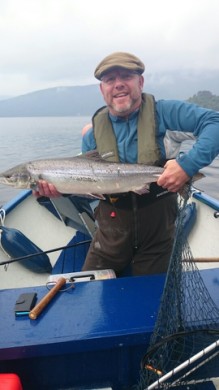 7th July, Stevie Blackwood with his third salmon (10lbs) of the season, which was returned to join his other two. Well done Stevie! 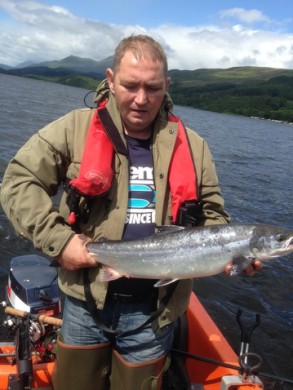 On the same date, Lee Cameron with his first salmon (10lbs), also returned. 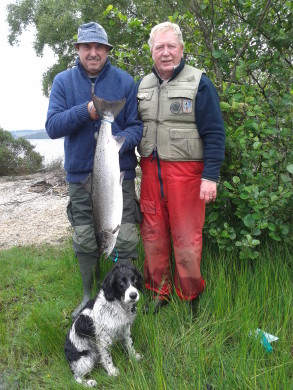 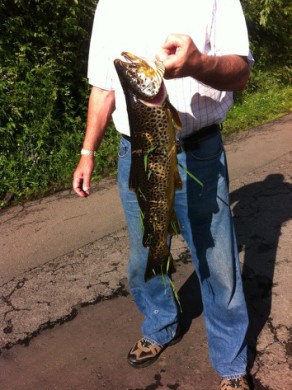 9th July, this brown trout (6lbs) was caught on the fly below the Gartness Bridge. Don’t have the angler’s details but we’re told that it was bleeding badly after taking the fly deep and despatched. As if our Endrick parr and smolts don’t have enough to worry about…..

Reports of sea trout around the 2lbs mark showing on various stretches and a few salmon in evidence.

We are pleased to report that the Fruin webcam is now operational and can be viewed via the ‘River Webcams’ link on our homepage. The Endrick webcam will be up and running very soon.