Less than a fortnight of summer low and the river’s back up with the Bonhill Pool gauge this morning sitting 7” above closing height. Low water saw fewer anglers on the Leven but still plenty fish about, particularly grilse. 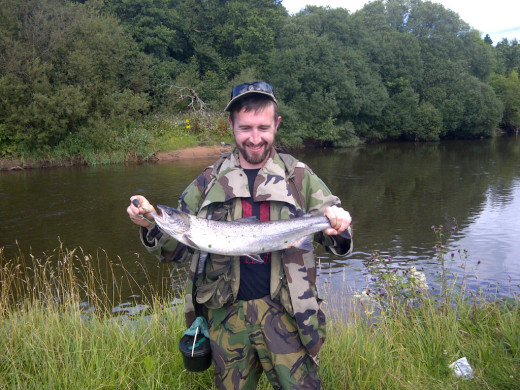 26 August, Kirk Philips (6lbs) at McKinnons on the worm.

We received a report on 24 August that a rainbow trout had been landed at Renton. No, we definitely haven’t started stocking them! Occasionally a ‘bow’ crops up in the system. Escapees from nearby waters such as the Carman reservoir no doubt.

Apart from salmon and sea trout the lower Endrick has a coarse fish population, with perch caught frequently on the fly. 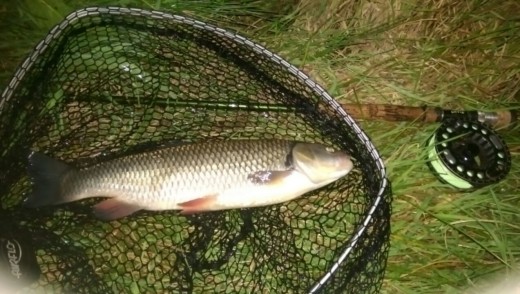 25 August, Colin Ferguson was in search of silver tourists when this 2lb chub took the fly. Initially a hard fight but gave up half way to the net. Lubbly chubbly….

The Chairman’s Big Day Out.

For LLAIA chairman Malky MacCormick, 29 August was one of those days when you just can’t go wrong, no matter where you go…. 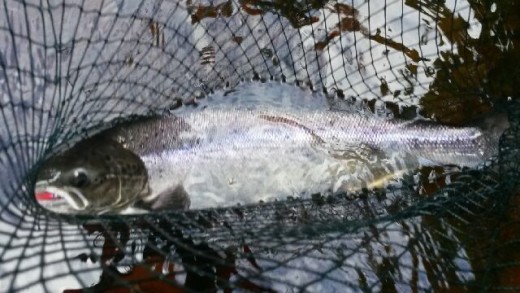 Malky started off the day on the Endrick, quickly landing and returning a fresh 5lb grilse. 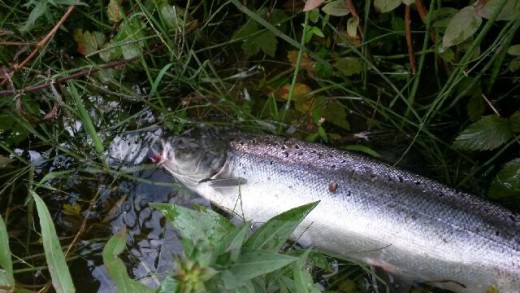 With the spate running off he headed off to the Leven and in true form landed another grilse, which was also returned. ‘All too easy’ he thought….. 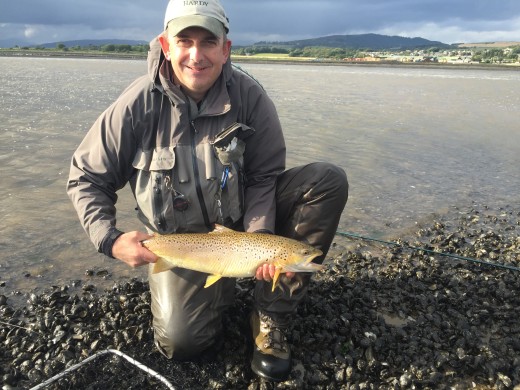 So Malky decided to have another change of scenery and headed off down to the Estuary…..where he landed his third fish of the day…a 7lb sea trout, also carefully returned. The ‘Great Lomond System Challenge’ indeed!!…next time he’s going to hit the Fruin and the Loch. Anyone else up for it? 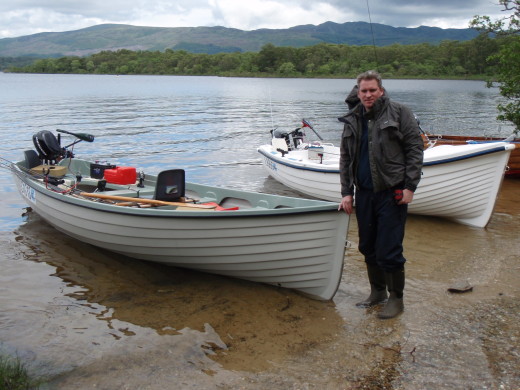 Sadly, we have to report the sudden passing, on 15th of August 2015, of James Paris a member and keen supporter of the LLAIA.

A solicitor by profession, James joined the committee in March 2012 serving for three years. His knowledge of legal and procedural issues was of great benefit to the committee. He ensured that meetings were accurately minuted …a thankless task for some but one which he enjoyed.

Always happy to fish anywhere on the system, he had success on the Endrick and Leven and enjoyed a good day out on the Loch with friends. He will be sorely missed.

Our thoughts are with his family at this time.