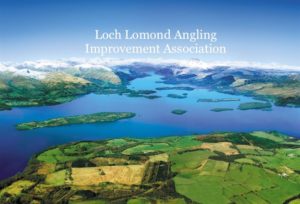 On the 7th and 8th March the L.L.A.I.A hosted  the 2017 Scottish Water Bailiff Conference which took place at the Abbotsford Hotel in Dumbarton.

At the beginning of 2017 the LLAIA Committee was tasked with organising the two day event, the venue and more importantly the speakers and field trips.

This is the first time that the annual water bailiff conference has been held outside the forty one District Salmon Fishery Board and is regarded as a major endorsement of the LLAIA by the numerous Scottish Fishing Organisations, Government and Institute of Fisheries Management on how over the past few years the activities of the Association have been seen to be putting best practice and unique actions into operation influencing bailiffing in other fishery areas.

Although there is a lot of planning involved in arranging a conference like this, there was no cost to the LLAIA. The venues, buses, meals etc are all paid by Fisheries Management Scotland and the Institute of Fisheries Management. On the first day there were just over seventy delegates in attendance, the majority of whom were water bailiffs from throughout Scotland including our own team. Representatives from Police Scotland, MOD Police, FMS, IFM and SEPA also attended. 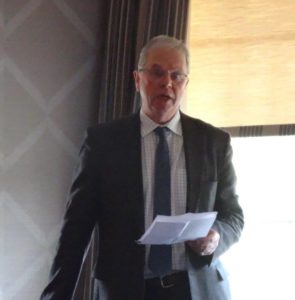 The conference was opened and a welcome extended to all in attendance by Geoffrey Fitzjohn, a Director of Luss Estates one of the main Riparian owners of the Lomond catchment, and endorsed the historical association between the LLAIA and Luss Estates.

The Police Scotland’s Chief Constable Phil Gormley gave an address on the working relationships between the Police and Water Bailiffs and discussed items of mutual importance and wild life crime in general. He thanked the many volunteer bailiffs for their commitment and dedication in countering poaching. This was the first time a Chief Constable has attended a conference and was a boost for Scottish bailiffing. It was also a major coup for the Association.

The LLAIA Secretary Gareth Bourhill gave a presentation on the history of the Association, a description of our catchment and historical and current issues with regards to the poaching activities we encounter.

The Ministry of Defence Police explained the importance of partnership working with the LLAIA bailiffs. Some areas of our catchment come into their patrol zone so there is common interest.

Generally it was agreed that the most important thing is to allow bailiffs to share best practice and understand how colleagues on other systems work..

Two senior scientists from the SEPA ecology team gave presentations on the monitoring of fish communities in both fresh water and river estuary environments with regards to the water framework directive and discussed the standards and benchmark figures used and how estuaries and freshwaters, particularly in the Loch Lomond catchment, faired.

At the end of the first day new bailiffs sat the IFM exam which is a mandatory requirement. A dinner followed in the evening where the Roger Barnes Memorial trophy is presented to the bailiff scoring the highest mark in the previous year’s exam.

The second day was field based with forty bailiffs split across two buses and hosted by LLAIA bailiffs. These left for pre-arranged destinations, with the River Leven and Loch Lomond being visited. Certain “incidents” were played out at each location and after returning to the hotel at lunchtime debate took part about the different illegal scenarios. The weather was rather inclement but anglers that were on the Leven that day must have wondered what was happening when twenty bailiffs charged off a bus……followed a few hours later another twenty!

The conference was a great success and we have already had some very positive comments about the LLAIA and its varied catchment.

Poaching issues happen across Scotland so sharing best practice and networking through events like this with other bailiffs can only help preserve our fish stocks.