By all accounts a poor spring run and the dry conditions during May haven’t helped matters. However, it appears that this is a Scotland wide problem with the Tay DSFB and Spey DSFB‘s issuing statements of concern. The Tay are asking that all salmon and grilse caught between now and the end of the season are returned. These are both Conservation Category 1 rivers. Clearly there’s something going on and angler’s aren’t the cause. Will Marine Scotland figure it out before next season’s assessments are issued? …… very unlikely.

The most recent catch reported on the Leven was on 26 May by Pat Casey (12lbs) Chapel Hole on a rapala. Good numbers of sea trout to be found in the lower reaches of the river and Estuary. 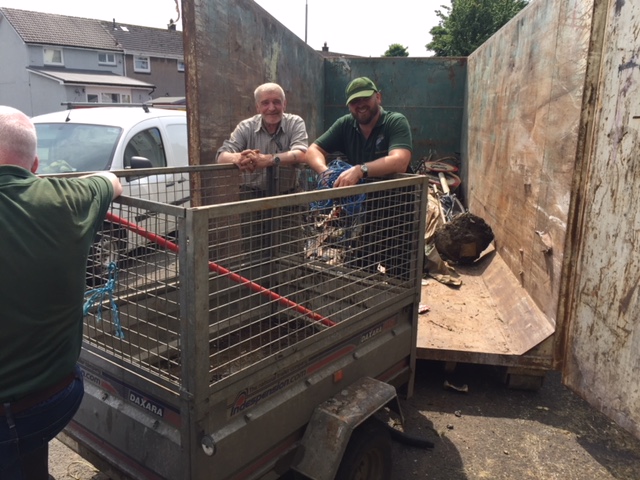 Many thanks to the  (very) few volunteers who turned up last weekend to help with the clean up. Good to see that some anglers are prepared to set aside  time and put some effort into looking after our system. 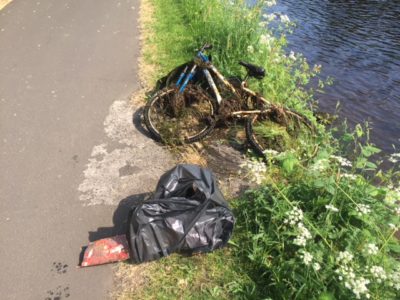 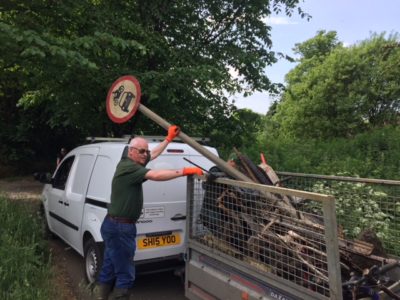 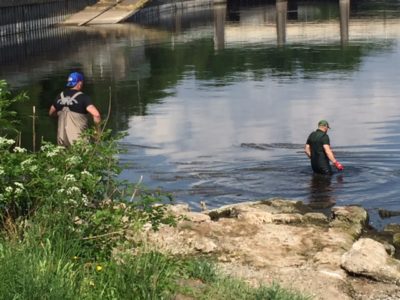 A very warm weekend and it was much cooler in the river than on the bank. There was a lot less rubbish than expected so it’s obvious that the work carried out over the past five or six years has made a difference. 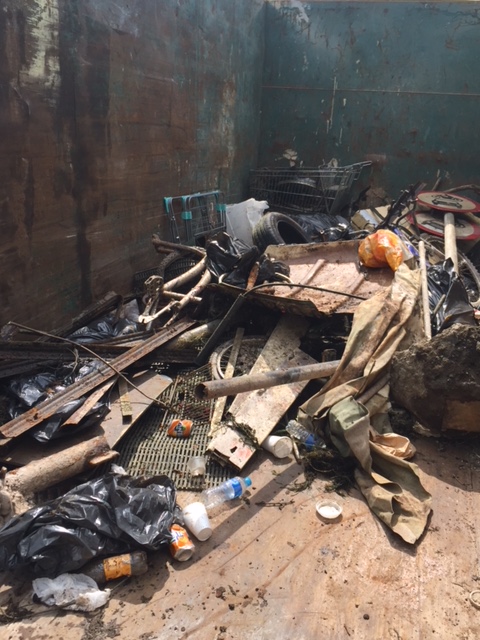 The riviera conditions haven’t helped Loch anglers. Some great days for a sail though. The beginning of June normally sees the spring run arrive on the Bank with a flurry of activity for a couple of weeks before they disperse. Last week it looked as if things were picking up with Scott Pryce (10lbs), John Connolly (17lbs) landing salmon, while Gerd Elsweiler and Peter Lyons lost fish on the Bank. The Loch is very low which normally makes for good trolling conditions but with recent high temperatures it may well be the case that any fish coming in are heading straight up to the deeper, colder water….time will tell.

It was mentioned at the AGM and in the Annual Report that we plan to look around the catchment at the health of our rivers and burns. Several members have already started on this with the Riverfly Partnership, monitoring several sites within the catchment. To carry out further survey work we need the help of volunteers. If you’re interested in helping please get in touch with the secretary at secretary@lochlomondangling.com

The rivers Endrick and Fruin are due a seasonal clean up. Last year at short notice we switched the Leven clean up weekend to the River Endrick, but with a very poor turnout…..par for the course. We’ll post some dates shortly and hope more members will assist.

There is still an unfilled post for a River Leven representative. If you have a good knowledge of the Leven, the system in general and think that you can make a difference, please get in touch.

We don’t expect all our committee members to get involved in the politics but could do with assistance in organising competitions, clean up days and the general running of the association. We are all volunteers and there is quite a heavy workload which could be shared further. There are several unfilled posts on the committee so if you have a genuine interest in the future of the LLAIA and would like to help, please contact the secretary.

The event will be based at Balmaha Boatyard and boat and bank anglers may take part. A registration fee of £5 is payable on the day at Balmaha between 0800 and 0900 or in advance at Glasgow Angling Centre. All competitors must be in possession of a valid permit. Strictly catch and release and the virtual ‘Weigh in’ will be at Balmaha at 1700.