The season opened on Monday 11 February to a bright, frosty morning which brought out ‘overwintered’ anglers in good numbers. The Bonhill Bridge car park soon filled up and for the rest of the day the banks were busy. Apart from a few sea trout putting a bend in rods and kelts making their seasonal appearance nothing of note was landed. 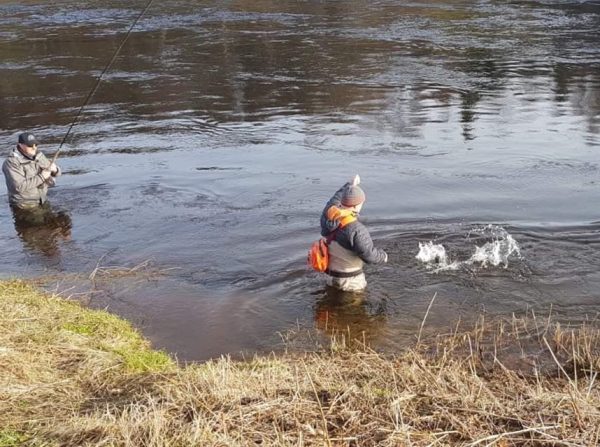 At 0830 Gavin Lees had his first fish of the season with a 1.5lb sea trout at the Glebe which was quickly released.

Kelts are salmon which have spawned are and preparing to migrate back to sea. They should be handled very carefully and the practice of keeping the fish in the water while hooks are removed is very important in ensuring safe release and minimising stress.The use of barbless hooks is recommended when these fish are about.

Although some kelts may be be bright and silvery they are easily identified by the torn fins and tail, maggots in the gills, soft, thin and poorly conditioned. The vent is often distended due to spawning and the belly is flat and hollow. They often rest in slower areas of the river, are aggressive feeders and easily caught. Kelts are protected by law and must not be injured or damaged. 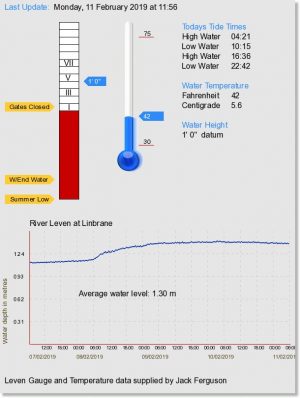 Updates on water conditions on the River Leven and tide times are posted daily by courtesy of regular angler Jack Ferguson. Check them on our website

It’ll be a while before there’s much activity on the Loch, but normally in the early part of the season there’s some big sea tout and ferox landed. 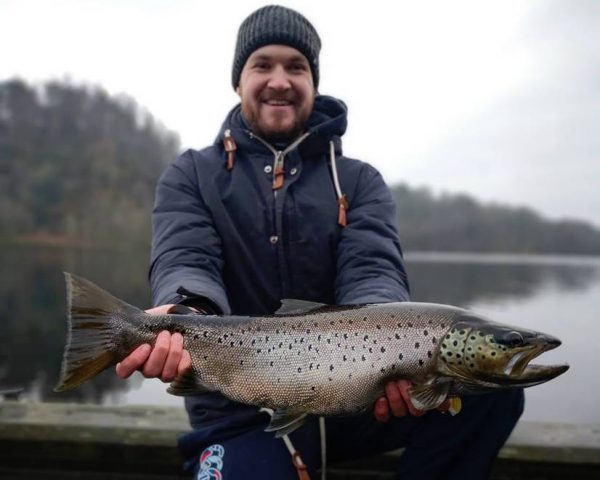 ‘ a nice surprise whilst pike fishing last week with this 7lbs ferox picking up a mackerel deadbait fished at close range. This stunning fish definitely whets the appetite for the upcoming game season. It was returned carefully.’

Remember to email your  reports and photos to: reports@lochlomondangling.com