With Easter being later than usual this year it appears that our traditional ‘Easter Springer’ couldn’t wait any longer and made it’s appearance on the Leven this morning…. 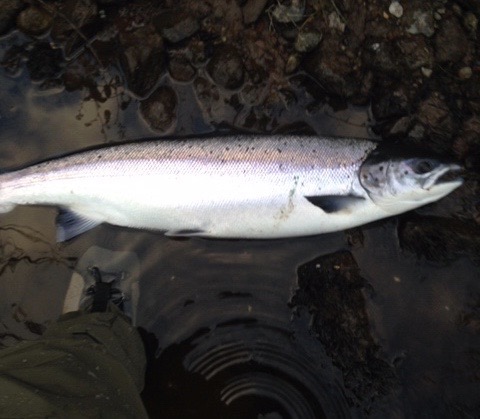 Pat O’Brien made an early start not realising that the 13th was going to be his lucky day with some great news for the system…. About 7am he hooked into this bar of silver (11-12lbs) at the Glebe which was  landed, quick photo and returned. A silver stoat did the trick. Congratulations Pat! First confirmed fish off the system.

We hear that about an hour later Colin Smith lost a fish at the same place, reckoned to be about 20lbs and witnessed by another angler. 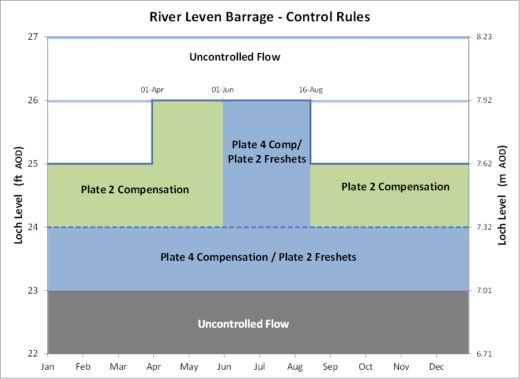 Due to the drop in the Loch level the barrage gates were raised during the week but the flow should remain at a minimum of weekend compensation until June unless there’s some decent rainfall. This will allow reasonable fishing conditions for the next few weeks. Time to get out there….