First Springer Off  The Loch

Over the past week we have had numerous reports of  heavy fish moving through the system, with several lost by anglers on the Leven reckoned to be in the high teens early twenties.

Today LLAIA treasurer Scott Sinclair was rewarded for his hard work with the first fish off the Loch….. 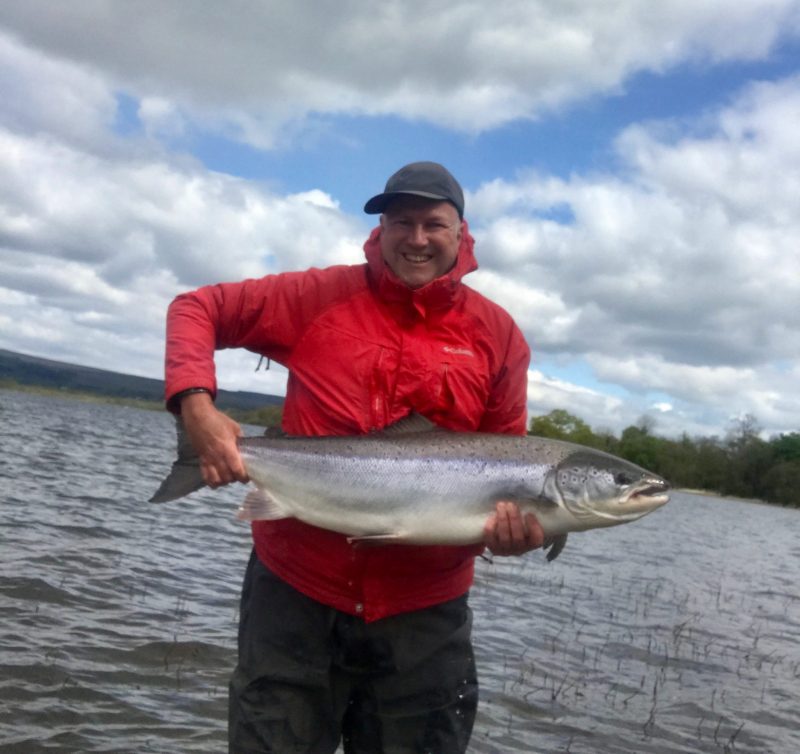 ….an absolute cracker of 27lbs. Scott connected with the hen fish on the Claddich shoreline trolling a black and gold Rapala.

Twenty minutes later he managed to net this ‘monster’ and headed ashore to release it. After ten minutes it was revived  and video’d as it swam off strongly. Well done Scott!

Scott’s springer is the heaviest salmon  reported caught on the Lomond System in recent years and great news. It’s successful release is even better news…..