Into the last few days of the season and most catches are now fairly coloured, which can only be expected at this time of year, with some heavies among them. 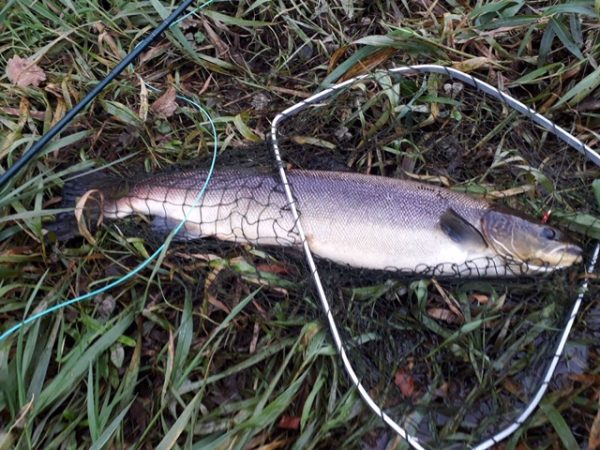 Some quality sport on the Endrick this year! After last season’s poor catches it seems that almost everyone prepared to watch the water levels and make a visit will catch fish…. 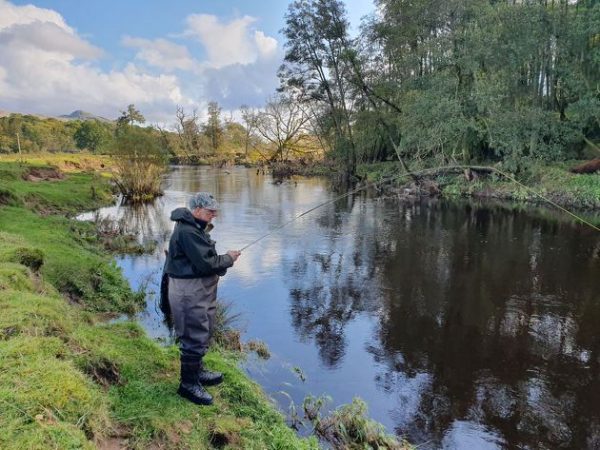 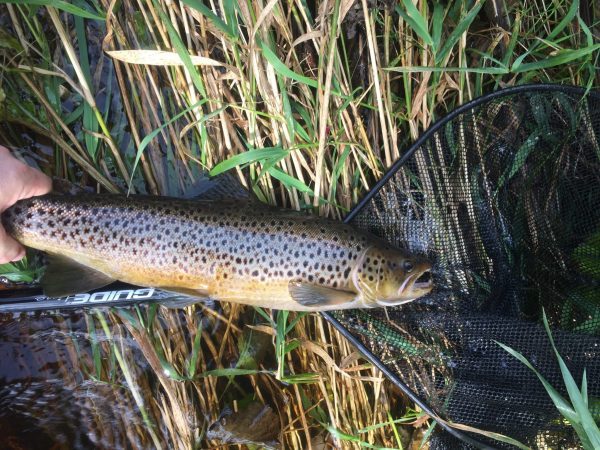 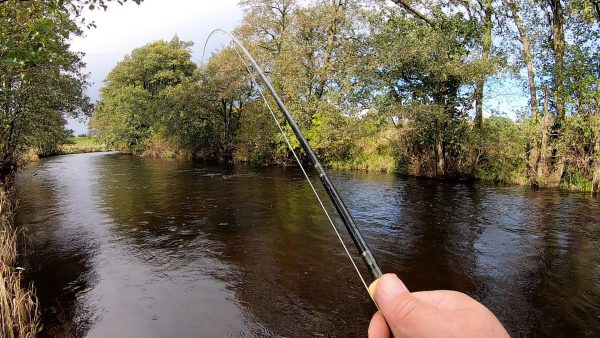 Earlier in the month perseverance paid off for Colin Liddell who was delighted to land his first Endrick (9lbs) salmon. Colin’s account can be read on his Dogged Angler blog.

The news of increased fish numbers in the Endrick is very positive for the Lomond System. Not only do catches returns on the Endrick determine the Scottish Government’s Salmon Conservation Category for the system due to it’s Special Area of Conservation (SAC) status, but there’s room for cautious optimism that our natural stocks are recovering at last. To avoid any confusion, this year’s catches will taken into account for the 2021 category.

We learn from the LLFT that the smolt traps have produced the highest number of smolts since the project began. There is also confirmation of an autumn smolt run and results of the National Electrofishing Programme for the system were positive. NEP survey information will eventually be included by Marine Scotland in the Conservation Category assessments

An overview of angling and catches will be included in the LLAIA Annual Report.

A five page article on the River Leven has been published in November’s Trout and Salmon magazine. Written by long term member Andy Bowman, it paints a very fair picture of fishing, not only on the Leven but the system as a whole. This is excellent promotion of the Lomond system and along with Dick Dickson’s ‘Angling on Loch Lomond and its Rivers’ the best publicity we’ve had for a very long time. Many thanks gentlemen, your efforts and literary skills are much appreciated.

Please note that catch returns must be submitted as soon after the end of season as possible and permits will not be renewed until a return has been received, blanks included. Hard copy forms have been posted out to members along with return addressed envelopes. Additional forms are available from the secretary or at our permit outlets. Post boxes are sited on the River Leven walkway opposite Voldac and within O’Brien’s store at Bonhill.

The online catch register  has proved to be very popular and can be used by members, associate members and day ticket anglers. Access via our home page.

Thanks to all who have contributed to our reports page this season, sharing their red letter days and providing inspiration for all. Have a good closed season…won’t be long till we’re back out there again.