Only a fortnight left until the curtain closes on season 2019. Plenty of fish about all over the system, mainly coloured and no shortage of water. Anglers are reminded that in line with our conservation policy all salmon caught during October should be  safely returned. 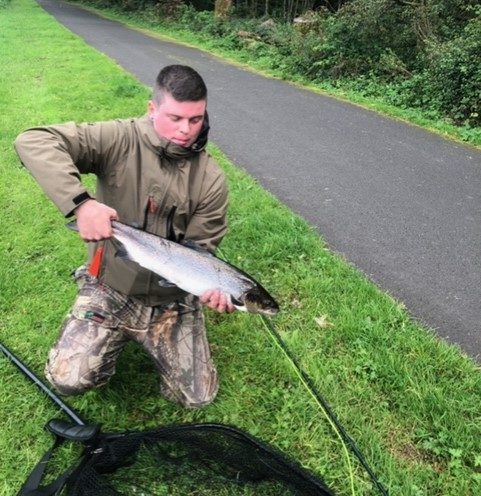 16 September: Graham Stewart with a fresh looking (9lbs) salmon caught on a Willie Gunn at the Top Pool.

Regular spate conditions over the past few weeks have given Endrick anglers good sport with some nice sea tout featuring in catches. 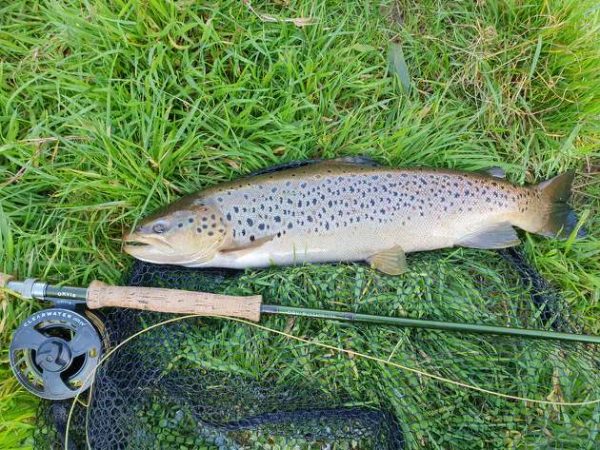 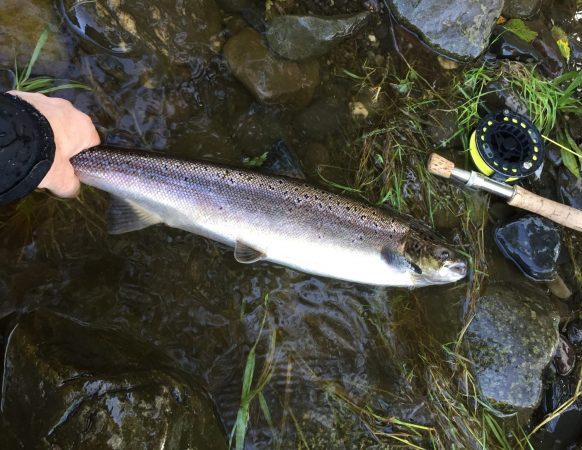 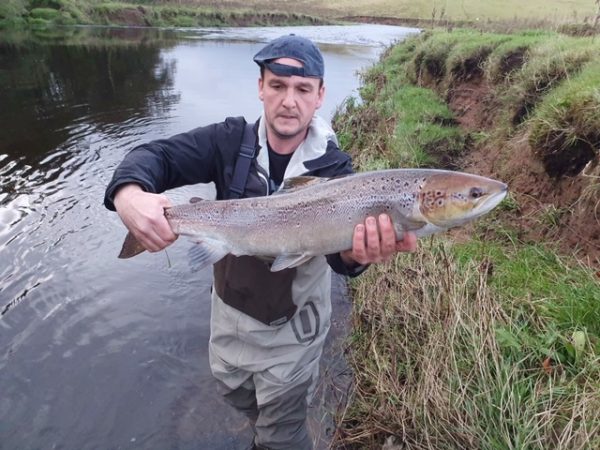 12 October; Chris Turner with his most recent catch (10lbs) safely returned to the water.

There’s little doubt that after last year’s poor catches this season has seen good recovery and as our Voldac rep tells us, possibly the best in the past five years.

Russell Boyd reports good sport recently on the Endrick and Fruin. He summed up….

‘This is the first time I have landed at least one salmon/grilse from the Loch, Leven, Endrick & Fruin in the same season. Been trying to do this for a few years. Heard of a few other fish caught from the Endrick, so turning out to be a decent season.’
Thanks for that Russell, good to hear!
JR
Email Reports : reports@lochlomondangling.com
By Jim Raeburn|2019-11-24T09:48:56+00:00October 13th, 2019|Fishing Reports|