The Leven has been quiet this week with a few rumours, though no confirmed catches. The gates were kept closed last weekend due to the Clean Up, but have remained open since Tuesday giving a good steady flow…..and fewer snags. 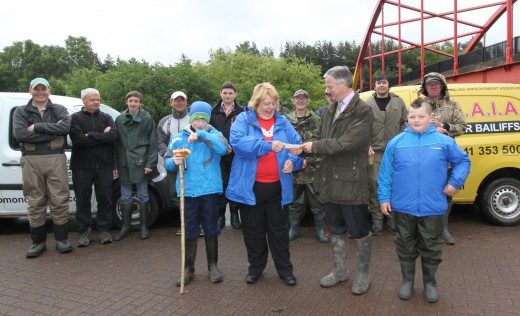 The clean up was well supported and covered from the barrage down to the Polaroid Bridge. It started on Saturday morning at Bonhill Bridge where Mrs Tracey Brittain, representing the Robin House Children’s Hospice in Balloch was presented with a cheque for £250 by LLAIA vice president, Eddie Edmonstone. This money was proceeds of the raffle at the  AGM of a rod donated by Glasgow Angling  Centre. 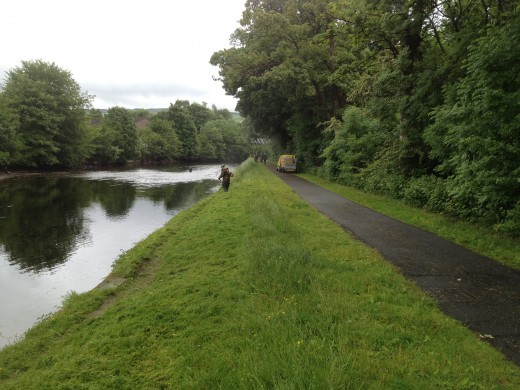 Despite poor weather conditions in the morning, the team of 15 LLAIA/VOLDAC members and volunteers worked away in high spirits 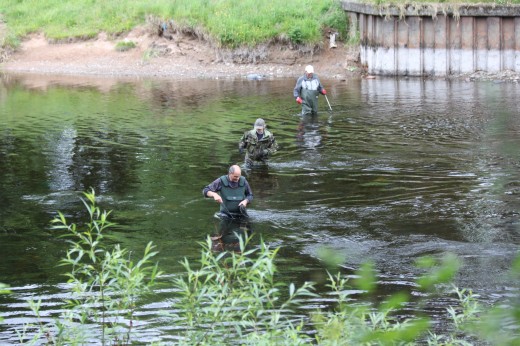 and by the afternoon managed to clear the river down to Bonhill Bridge. 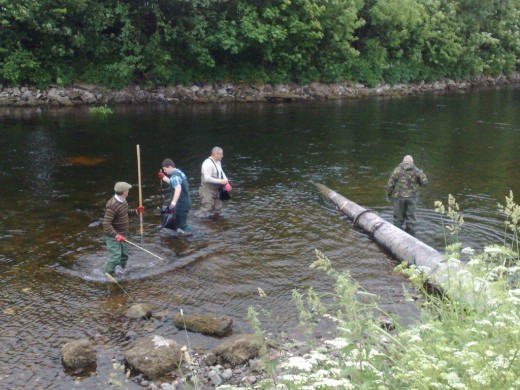 On Sunday the 18 participants concentrated their efforts on the stretch between Bonhill Bridge and the Polaroid Bridge. 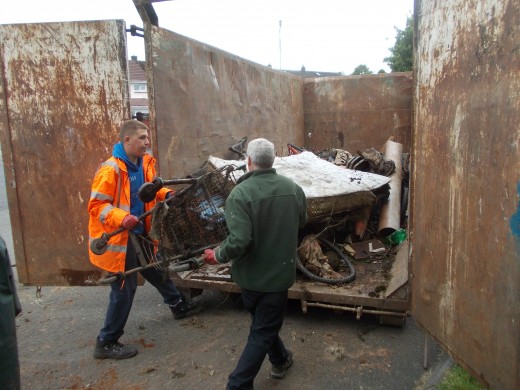 Over the weekend approximately 9 tons of waste was collected. 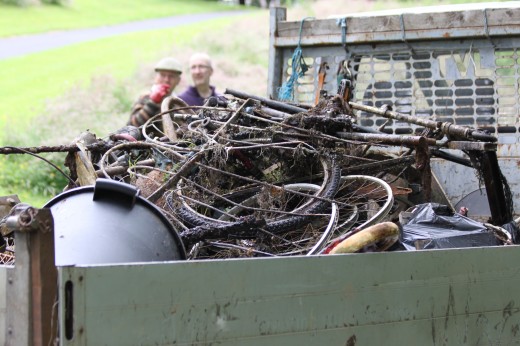 Future work party dates for the Leven, Fruin and the Endrick will be announced in the near future.

The LLAIA ran the ‘Return a Springer’ scheme again this year jointly funded by the Association and our partner Mr Paul Devlin at Glasgow Angling Centre. 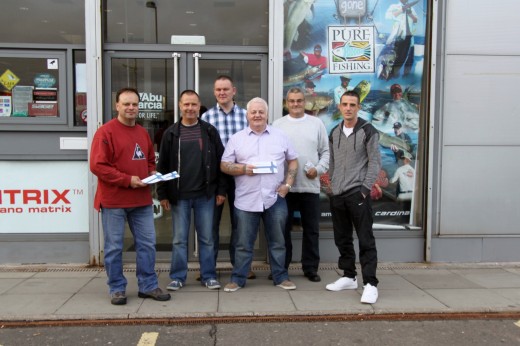 On 27th June, Neil Sproull (2nd left) Vincent McMenamin (centre) and Ally Barrowman (right) were presented with their £40 tackle vouchers by Angus Soutter, River Leven Rep. (left). Five other anglers anglers will receive their vouchers in due course. We’d like to thank all of them for their conservation minded actions. 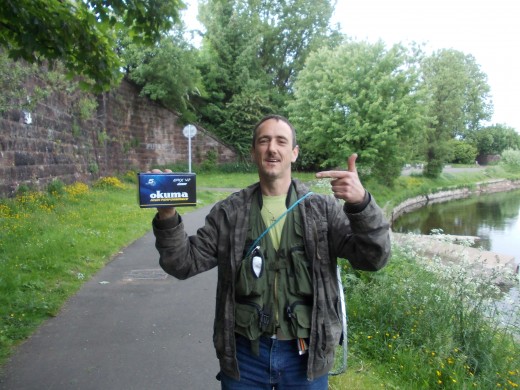 Angler John MgGrogan was presented with a reel for ‘almost returning’ a spring fish. In May, John landed a springer at Stuckie Bridge and was adamant that the fish was to be returned. As he carried it to the water’s edge it slipped from his grasp and unfortunately dispatched itself on the bank.. A fishy story?….no, it was all witnesses and caught on video. We’ve heard that since then John has landed another salmon at the same spot, which was successfully returned.

A quiet week on the Loch, though still a few boatmen out on the troll. 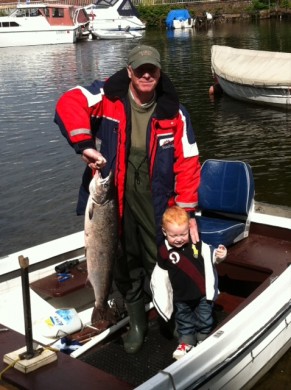 Saturday 22nd June saw David Henderson out on the Loch for the first time this season, landing this 15lb salmon off the Ladies Point at Inchcruin. Last season David had similar success on his first trip of the year….obviously getting some good advice from his boat partner…..