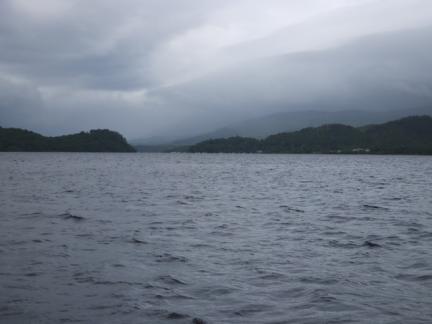 Even with the recent wet and windy conditions, Loch anglers are heading out and finding fish. The Endrick Bank still remains the most productive area for those out on the troll. 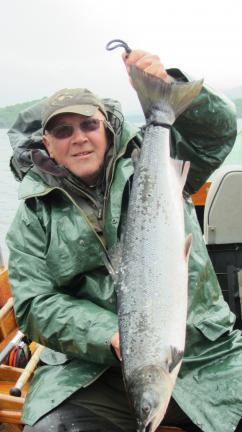 Last weekend, 15-16 June, boat partners Bob Forshaw and Paul Davis made the trip north of the border and enjoyed success on the Bank. Paul landed this 10lb salmon on the Friday and Bob followed suit the next day with a 9lb fish at Cemetery Bay.

Both fish fell to the early season Loch fisher’s favourite, the orange and gold rapala.

The same weekend, despite the wet and windy conditions, Scott Sinclair camped overnight. With no luck on the Friday, he set out again the following morning. After a couple of runs past the Endrick mouth he connected with a good sized fish near Net Bay, which when eventually landed weighed in at 11lbs. It had taken a copper and silver toby.

A special mention must go to Voldac member Kevin Gath, who that same day, successfully netted and returned his first salmon of the season, an 11lb sea liced salmon. This fish was also caught on the Endrick Bank and it’s release was witnessed by other LLAIA members. Hopefully more anglers will follow Kevin’s fine example.

Earlier in the month Alex Burns and Donald Smith were out out from Balmaha on one of the calmer days of the month. After spending the morning on the troll they decided to break the monotony and set up the fly rods. 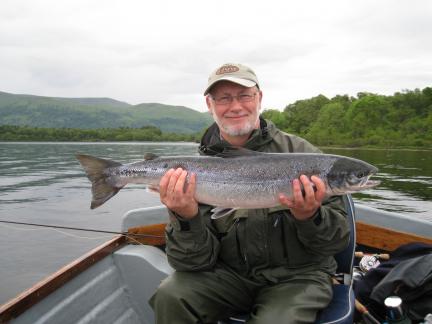 As you can see, the conditions for the fly were far from ideal when Donald hooked into this 9lb salmon at the Ladies Point of Inchcruin. 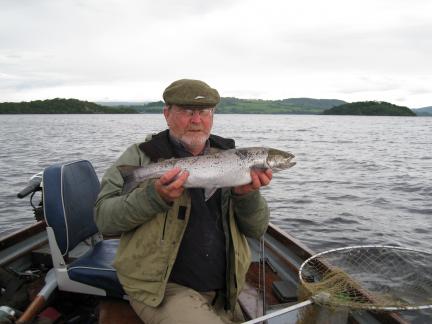 Alex was not to be out done and his skill with a fly rod produced a fine 4lb sea trout caught in the same area. For the record, each fish was caught on a size 8 silver invicta.

On Tuesday 19th June, Danny Docherty returned to Voldac with a 12lb salmon caught at the yacht club.

That infamous trio of Jace Chatham, Albert Biddulph and Alex Workman headed up the ‘Tap End’ on Friday 22nd June, an area to which they are certainly not strangers by any means. 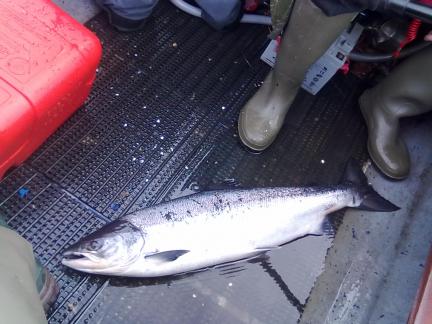 Their trip resulted in a 12lb salmon taken at Rowchoish showing that fish which have entered the system in the last few weeks are now, as expected, settling in the deeper, colder areas of the Loch.

While Jace and Co. were marauding up at the north end, Alan Price landed his first catch of the year, a 12lb salmon in Net Bay. 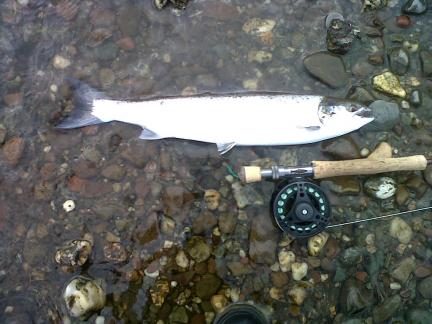 This bar of silver was caught on 12th June by Iain Morrison on the fly at McKinnons, in low water and very bright conditions. Samples were taken and it was quickly returned to the river. 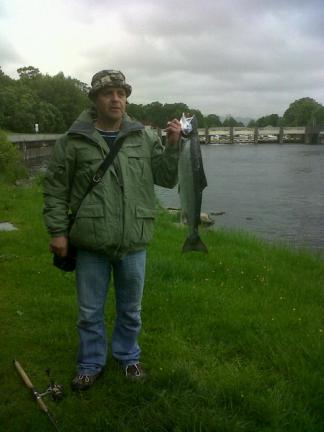 On 15th June, Chris Lloyd landed a 12lb summer salmon from the Top Hole near to Haldane Burn.

The combined effect of the weekend freshet and recent heavy rain hasn’t had that much effect on the river level, but things seem to be moving again. It’s reported that on Saturday 23rd June at least nine fish were accounted for. 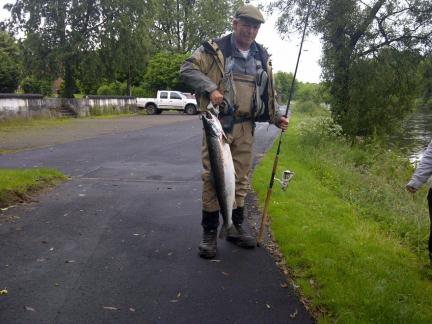 Pat Casey landed this 17.5lb specimen at the Double Pipes on a gold rapala. 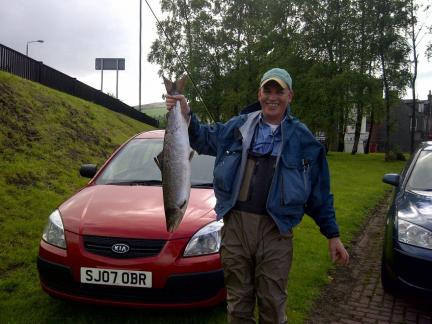 While Gareth Bourhill netted a 13lb salmon, caught on the fly at the start of the Linnbrane Hole.

June saw the tail end of the spring run and as we move into July we can expect the arrival of the grilse and heavier summer salmon. For those who fish the fly, here is Gareth’s recommended pattern. 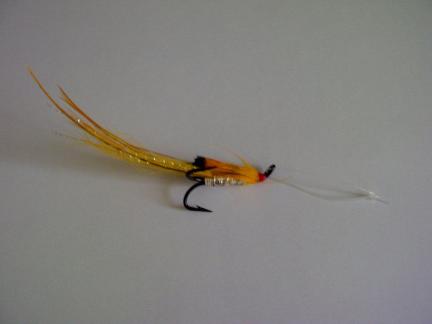