It’s always good news when we hear of anglers returning fish to the system. An angler’s first salmon….now that is something to be commended. 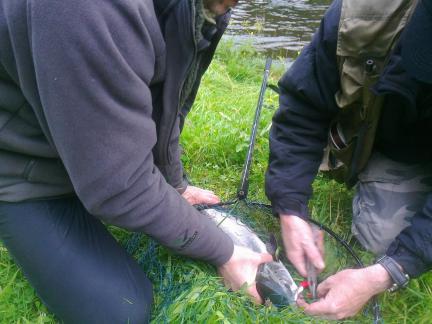 On Friday 27th of July, Vinnie Woods landed his first salmon, weighing 10lbs, at Stuckie Bridge on a cherry red devon.  It was carefully unhooked and returned to the river. 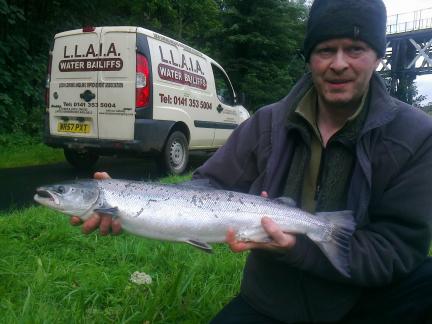 With some perseverance Vinnie managed to revive the fish and see it safely on it’s way. He was delighted to have landed it and the successful return made the whole experience that bit more special…….well done Vinnie! 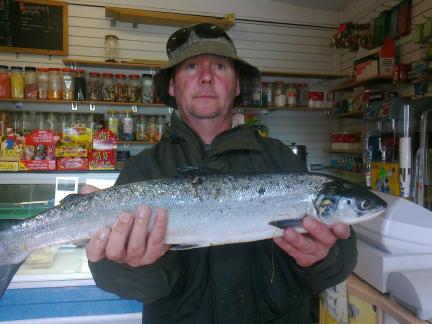 Saturday 28th, saw Pat O’Brien (above) with his first grilse of the year, a 5lb fish taken on a size 16 black shrimp fly from the run below Chapel Hole. Euan Slowik also had a 5lb grilse at the Piles on the worm. 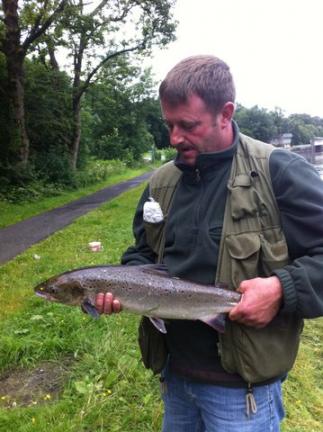 On Monday 30th, Scott Laird had grilse of 5lb and 6lb at Stuckie Bridge. 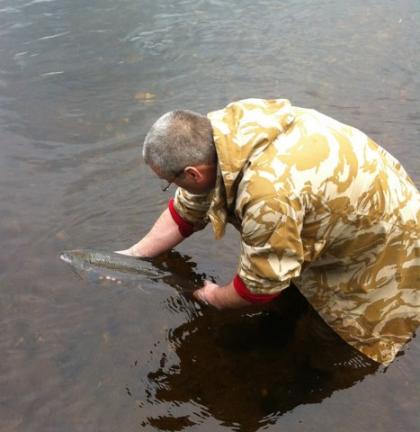 The first of Scott’s fish was carefully returned to the river by Leven rep. Keith Adams.

Catches were made the same day on the river by Tom Hempsey (4lb) Factory Wall on a red flying-c. David Watt (5lb) Double Pipes on a flying-c, and ‘Yorkie’ (10lb) Bonhill pool on the fly. 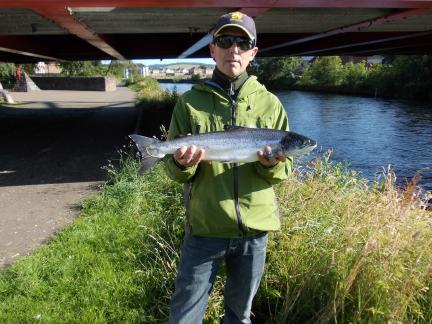 Today, 31st July, the river is still at a reasonable height with more heavy rain forecast. Catches were made by John McGinlay (4lb) Factory Wall on a black flying-c (above) 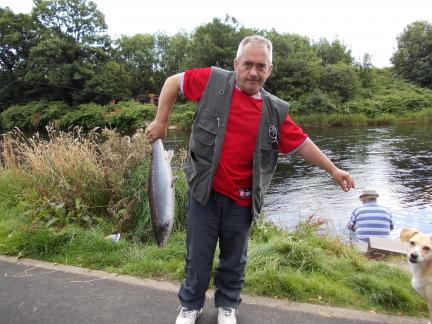 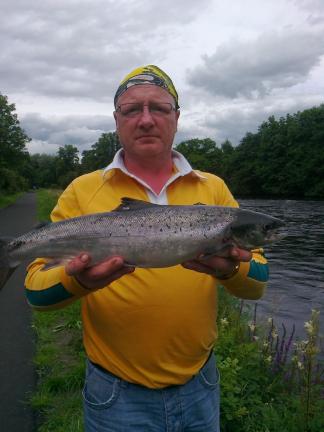 and Lee McCarthy with his first fish of the season, a 5lb grilse at the double pipes on the worm.

Malcolm MacCormick was out on the river at the weekend chasing sea trout. There are good numbers about and he managed two at 2lbs but had plenty of follows and takes from fish up to 3lbs. 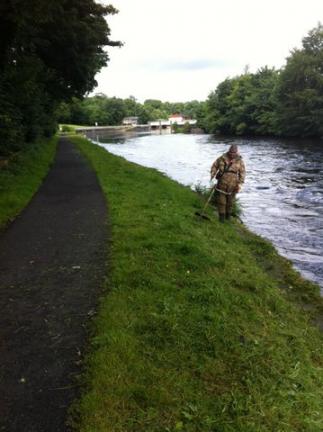 Just to keep on top of things, some bank strimming has been carried out. It’s noticeable that work carried out earlier in the season has had a lasting effect. The vegetation from the Boat Hole down to the A82 bridge has sprung up, but the paths are still visible and the pools are easily accessible. 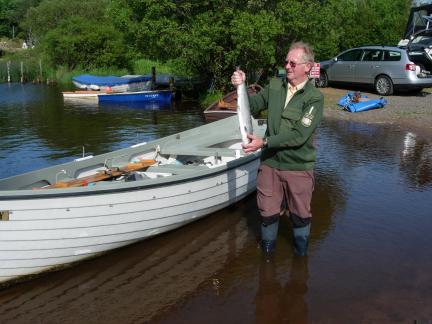 On Thursday 26th July, Loch regular Gerd Elsweiler set out from Balmaha for a pleasant day on the troll up to Inversnaid. It was on the return journey, passing the point at Rowardennan that he connected with his first grilse of the season, a 5lb bar of silver which was taken on a brown trout toby.

At the weekend there were a few boats out from Balmaha and Balloch. It wasn’t the busiest Saturday of the season and we are unaware of any noteworthy catches.

One incident of catch and release with a difference was reported this week. On Monday 30th, Colin Ferguson witnessed an osprey lift a salmon/ sea trout of about 3.5lbs from the Island Pool at Barns Ford and then promptly drop it back into the river…..good to hear that the natural predators are entering into the spirit of things!