The heavy rainfall on Monday ensured that the river remained in great condition, continuing to provide excellent sport. 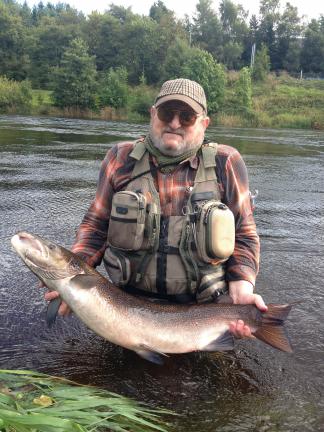 On Thursday 20th, Jack Ferguson hooked this cock salmon on the fly at the Bonhill Pool. It measured 38″ in length and 19.5″ girth which equates to approx. 21.5lbs. As you can imagine it gave Jack some great sport, taking him down to the pipes at the bottom of the pool before it was landed. After a quick photo the fish was released back into the river. Well done Jack! 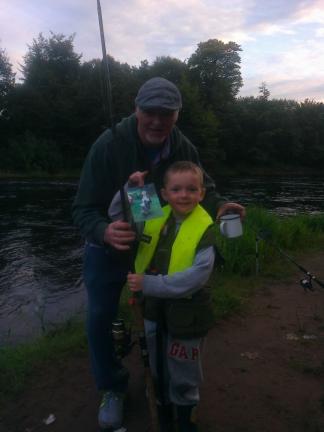 During the week John Paul Donnelly lost a good fish, estimated at around 20lb, on the fly. The next day he took his 4 year old grandson along for a few lessons which resulted in the lad catching a 4lb grilse at the Piles on the worm. Hooked for life!

Today, Chic McLean landed his 13th (lucky) salmon of the season (9lb) at Sandy Hole on a rapala. We are very pleased to hear that Chic has returned each of these fish back into the system.

From a raging torrent at the beginning of the week, the Endrick  was at a nice height today and a healthy number of fish were netted. 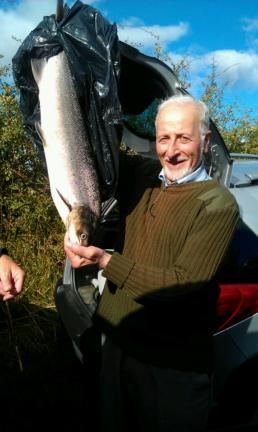 The Endrick webcam has now been up and running for a week. This project is still in the experimental phase and a vote of thanks goes to the team responsible for the planning and siting of the camera. Our eventual aim is to site similar cameras on the Leven and Fruin. 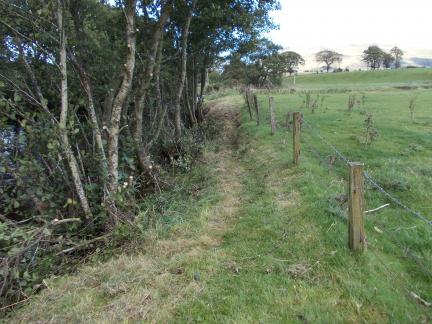 Bailiff Colin McFadyen has been busy again, carrying out path maintenance on the Endrick at Coolies Lynn. 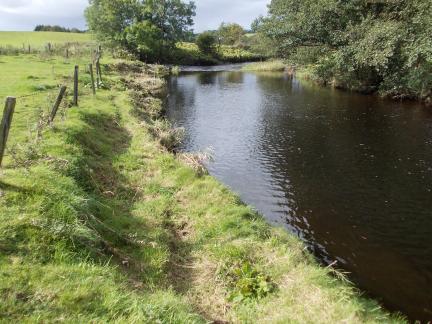 Colin warns that there are some big holes on the bank side of the path which are now more visible and the path should be used with caution.

On Monday 17th, one of our members was fishing down from the Ballochruin Bridge towards Drumtian when he had an unfortunate stumble resulting in the loss of his rod and reel. If any member comes across an 11ft rod on this stretch please let us know.