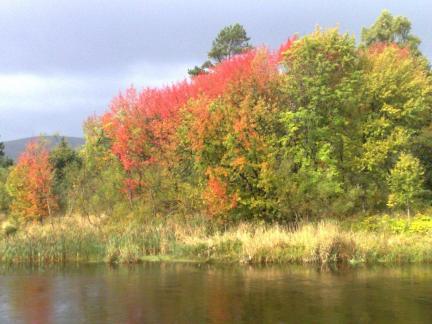 The autumn colours brightening up the river banks should remind us that we are entering the last four weeks of the season. The river level has remained steady, giving good fishing conditions for fly and spinning. 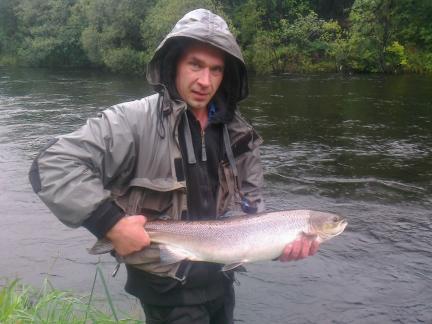 Euan Slowic recently landed this 12lb salmon at the Double Pipes. It was Euan’s twelfth fish this season and was released back into the river. 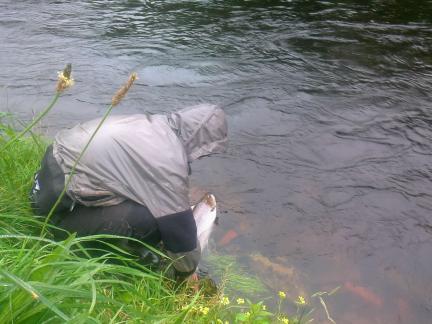 Last week Euan broke a rod playing a 14lb salmon on the Fruin. However, the fish was eventually landed and returned. 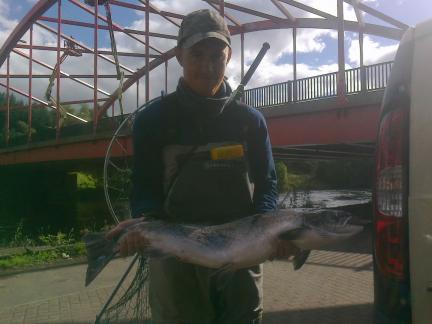 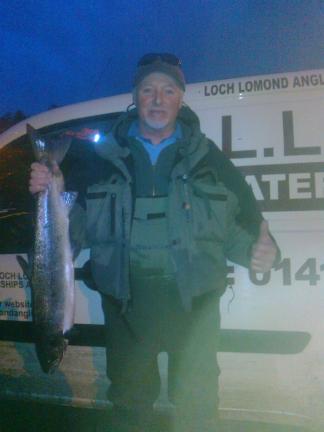 Other reported catches this week include John Donnelly (8.5lb) on the fly (above). Peter Colatowicz (14.5) McKinnons on the worm. Steven Brown (8lb) Chapel Hole on a black flying-c, returned. Tam Mooney (10lb) Piles on a rapala, returned. James Campbell (5lb) Piles on a spun tube fly. 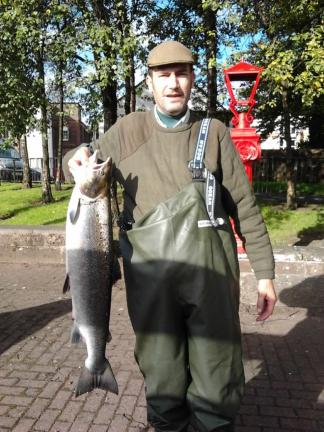 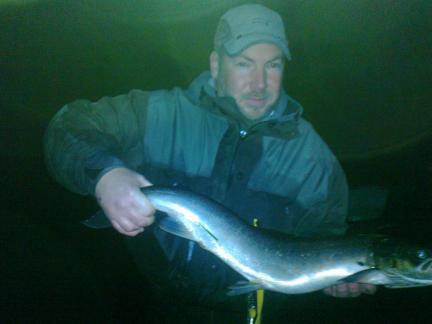 On Friday 28th, Chic McLean continued his successful season with a 6lb grilse, complete with long tailed lice, at Managers, returned and Keith Adams landed a 3lb sea trout which he says was a fresh ‘bar of silver’. 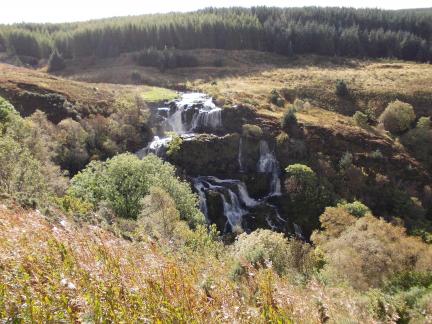 The Spout of Fintry. 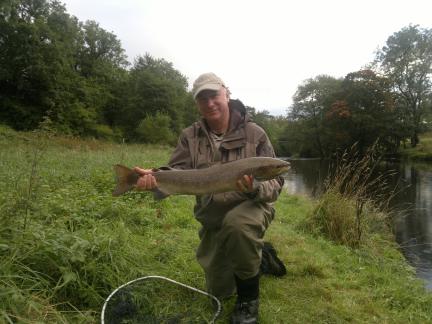 Those anglers who can time the river conditions right are having great sport. Denis McLaughlin landed eight salmon in a week, the heaviest 15lbs (above). All of these fish were returned except one which couldn’t be revived. Alan McKee (6lb) Barns Ford, returned. Gavin Ramsay (4lb) (7lb) Bridge Pool and Long Pool, both returned. Jim Muir had a sea trout of 4lb, returned. Malcolm Prescott, two salmon and two sea trout. Malcolm MacCormick, 4lb grilse at Alan Cuthbert’s stretch and 2.5lb sea trout at Cowdenmill. 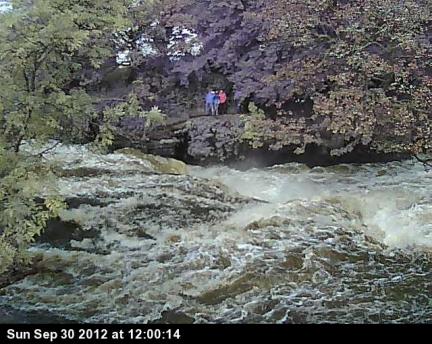 The Endrick webcam has proved to be very popular, receiving more than 750 hits during the first week alone. It has been welcomed by members as an invaluable tool for planning a day on the river. Although still in the experimental stages, the positioning and clarity are very good. Evaluation continues. 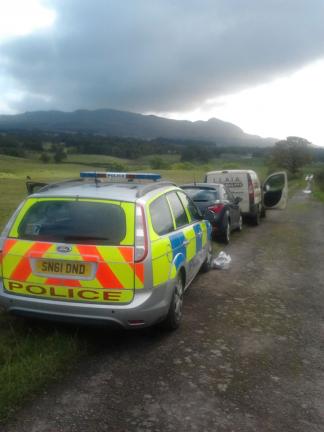 At this time of the year our stocks on the Endrick are very vulnerable to poaching. We are very pleased to report that over the weekend, assisted by Central Scotland Police, our bailiffs made several arrests and good intelligence has also been gained. Patrols will be increased reinforced by our warranted volunteer staff. We thank Central Scotland Police for their assistance and look forward to the further strengthening of our partnership. Good work by Colin and Bryan. 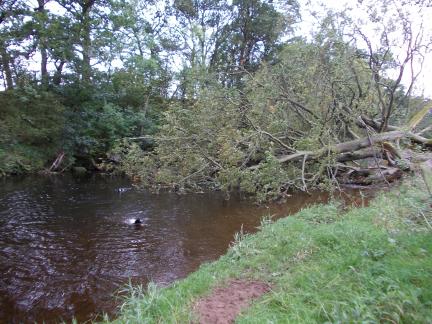 Members have contacted us regarding this most unwelcome obstruction to the river at Drumtian which will be removed as soon as possible.

Some anglers have already taken their boats out for the winter, but for the hardy boatmen there are still a few fish about.

On Saturday David Henderson braved the blustery weather boating a 7lb salmon at the mouth of the Fruin. It had taken an orange/gold jointed rapala and was safely returned to the Loch.

Last weekend Robert Gorman landed a 10lb salmon at Cashel. Robert was going to forward a photo but had rather an unfortunate accident with his mobile phone. He asks that any angler catching a fish in possession of a Blackberry gets in touch……..