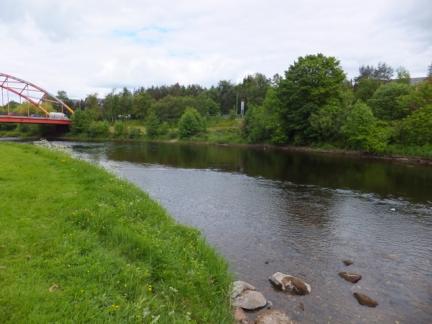 Rapidly approaching the end of season but still plenty of anglers out on the river. Last week Pat Casey landed a 20lb salmon at the Double Pipes, which was returned and  Bob Baxter (11lb) at McKinnons on the worm.

Things had been a bit slower over the last few days, but we hear that some fish came in to the river on Wednesday. Derek Mackenzie landing a salmon (11lb) at the Piles worming and Brian Stewart (6lb) on the fly. Some late sport is expected, so could this be start of the end of season run? We should find out this weekend. 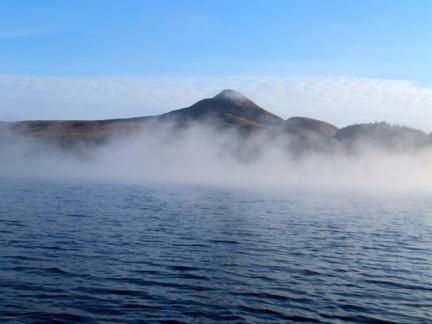 A few hardy lads still braving the elements while some regulars have decided to stay on dry land and fish the rivers instead. We heard that Jace Chatham recently boated a couple of salmon (10lb) and (6lb) and Ian Steel returned a grilse (5lb) which shows that there are still fish about. 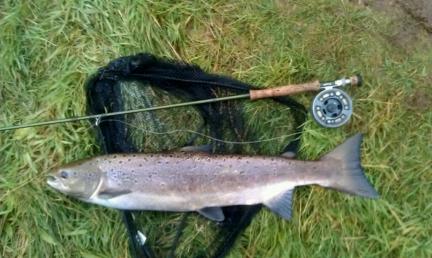 This weekend has started on a positive note for Colin Ferguson. Today at Ballochruin he landed and released his heaviest salmon.

‘ My biggest ever… 12 to 14lbs. Great fight and tough to net all on your own in deep water. Arms are aching!

Spate conditions have also been enjoyed by members setting out on the Fruin. The rainfall on Friday 12th, brought Willie Gray a 12lb salmon and Malcolm MacCormick a 5lb grilse. Denis McLaughlin landed two fish and lost two. 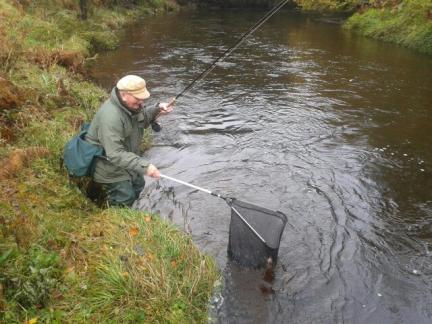 Our bailiff’s have been busy again. This time Bryan managed to capture the action as Charlie Anderson plays a Fruin grilse. 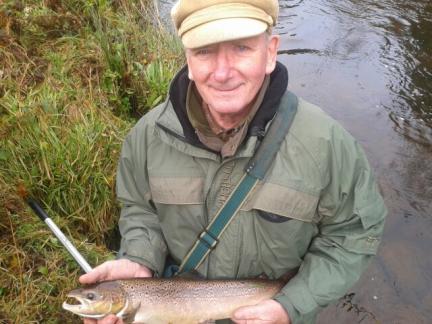 One for the album…… 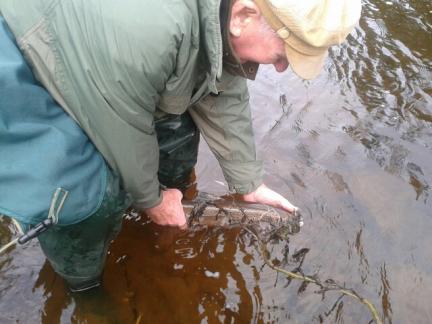 Members will have received the LLAIA October Newsletter, which includes this season’s catch return forms. These must be completed and forwarded to us by 12th December, negative returns included. Forms can be downloaded on this site, completed and emailed to our web address.