The opening day of the season on Monday 11th February was marked with a ceremony at Bonhill Bridge. 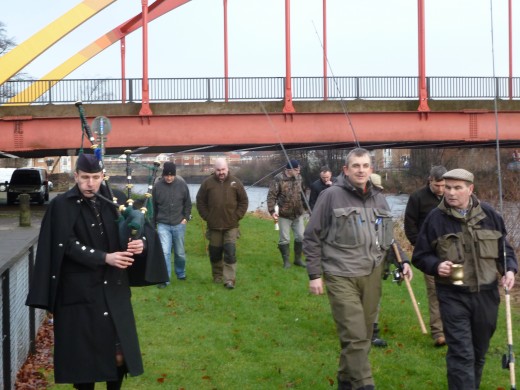 The band of anglers was piped down to the waters edge…… 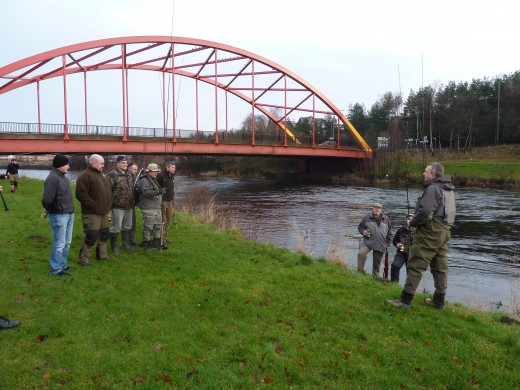 After a short address from the Chairman…. 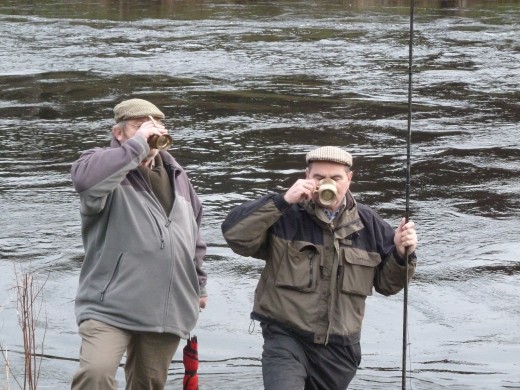 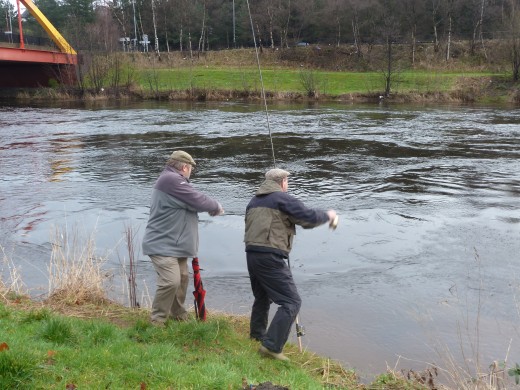 remembering to leave a drop for the River….. 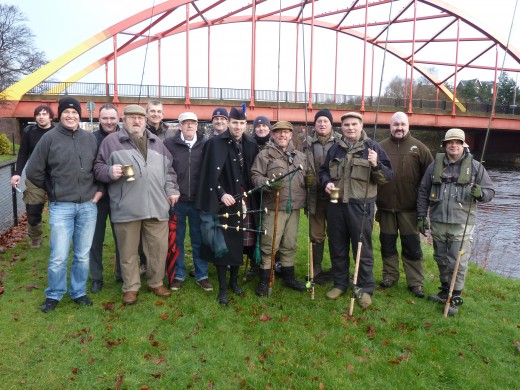 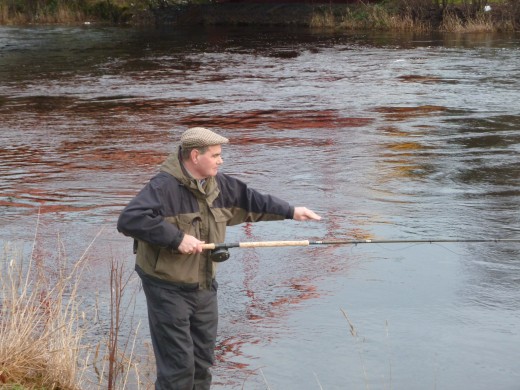 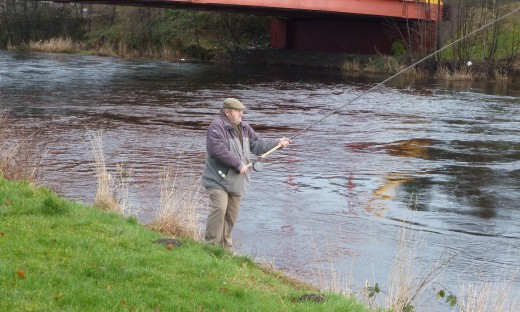 ………..followed by a masterclass from Jack.

The remainder of the assembly headed off to wet a line….. or seek something wet in a warm place! 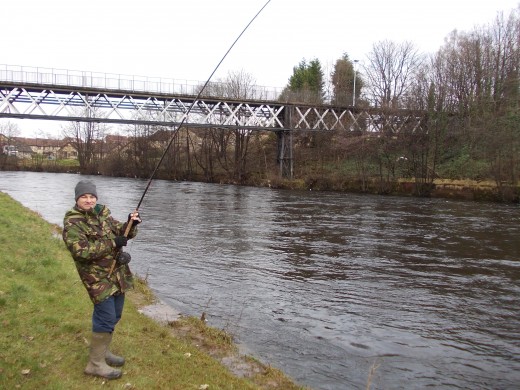 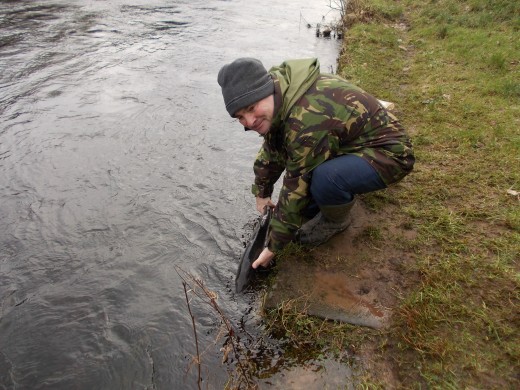 The well mended  salmon kelt was carefully unhooked and returned to the river.

There was also a report of a 16lb kelt having been caught at Chapel Hole by angler John Brown on a yellow belly devon.

The first few weeks of the season is an ideal time for anyone who hasn’t fished the river before to explore it and find out where the various runs and lies are. Get to know the usual hot spots .The Double Pipes, Stuckie Bridge, Chapel Hole, McKinnons…to name but a few. Time to try out that Christmas present and see how it casts, or just have a pleasant walk up the riverbank and a chat with some of the regulars. Always someone about looking for early signs….

After launching his boat at Balloch, Iain Morison set out in the hope of some opening day sport. As he headed up the east side of the Loch towards the Endrick Bank a reel screamed into life……. 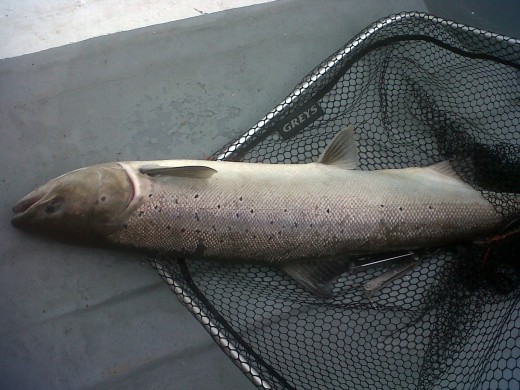 ” Nice one for the opening day. Well mended and I estimated it at around the 15lb mark. Got it in the bay just past the Priory. It took a perch imitation rapala. Went back in and swam away like a good ‘un”

The first spring salmon on the Loch are usually caught on the east side of the Loch as they head for the Endrick Bank, particularly around the Boturich rocks area. We’d expect the main spring run to enter the Loch at the beginning of May……but you just never know. 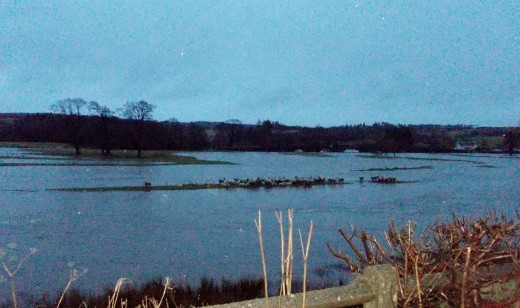 During the closed season our bailiff Colin McFadyen spotted these sheep having a baa’d day out when the Endrick burst it’s banks. We believe that they eventually made it to safety.