At the end of last week the bailiffs reported seeing good runs of grilse heading up river and on Saturday 10th August there were at least six fish lost. 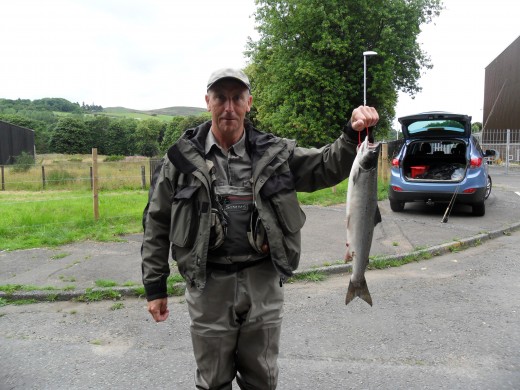 but this one stayed on for Iain Morison, fishing the fly at the Garden Stream. 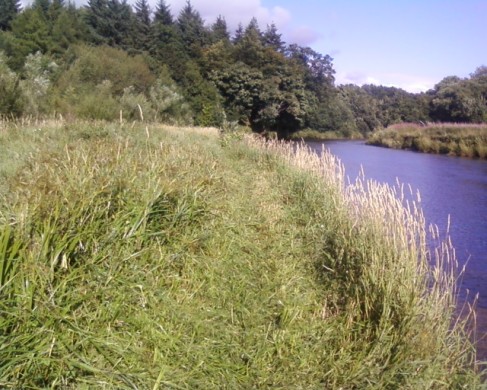 Iain commented on the good work done by our bailiffs with the strimmers opening up access to some of the overgrown parts of the riverbank. Well done guys and Angus!

The gates closed on Monday and the river’s back to summer low. The latest forecast is for heavy rain on Saturday.

Reports suggest that good numbers of grilse have passed into the Loch and are hanging about the islands waiting to head up the Endrick and Fruin. 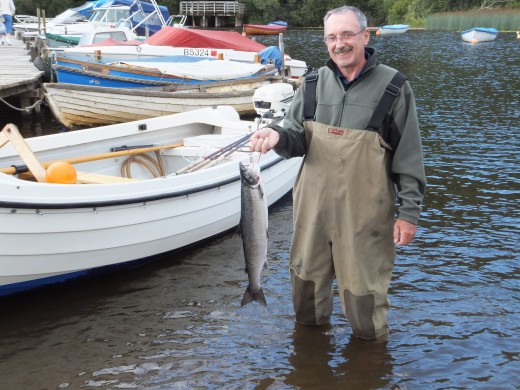 On Friday 9th, Balmaha boatman Donald McKellar christened his new craft with a 5lb grilse taken off the north shore of Inchfad on a silver/copper salmo. Donald also netted a couple of sea trout. 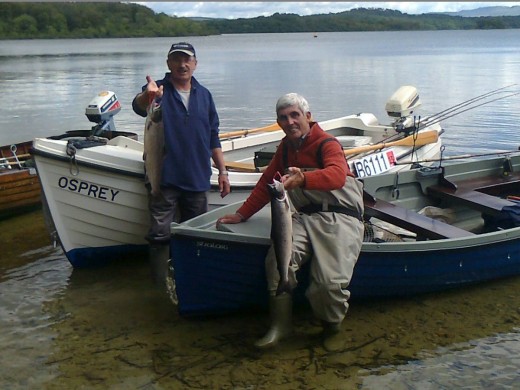 It was a ‘glorious twelfth’ for these Balmaha anglers. After hearing about Donald’s success, Walter Gilchrist decided to head out. Not only did he land a fish at Buccinch but ‘amigo’ Donald netted his second grilse of the season at the Short Point of Inchmoan. Copper tobies and salmos producing.

At the beginning of the month Mario Pelini headed up to the Tap End for a few days in search of ferox. 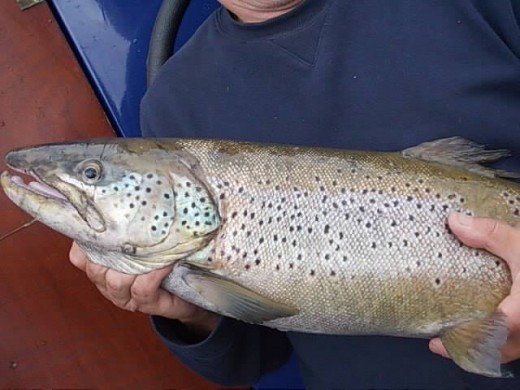 His patience was rewarded with this 15lb specimen landed near Inversnaid.