The gates have been open all week, and with regular sightings of fish heading and tailing, mostly in the upper reaches, we could be  heading for a good weekend. 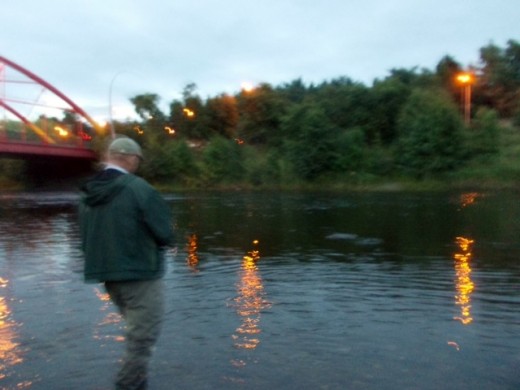 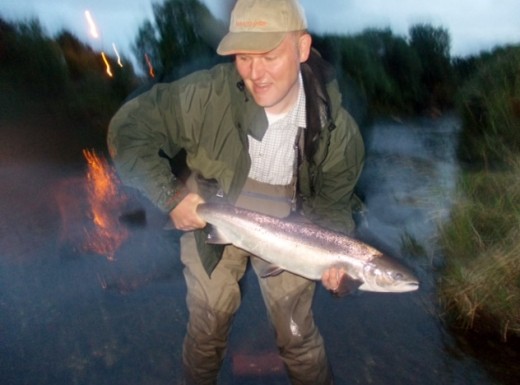 A fresh summer salmon, weighing about 13lbs was quickly photographed and released. 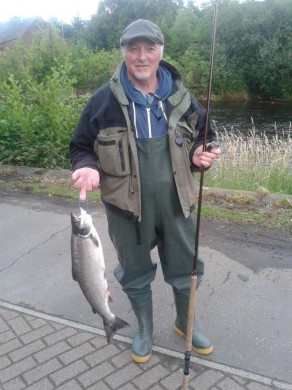 Also at the Bonhill Pool, John Paul Donnelly with a 7lb grilse. 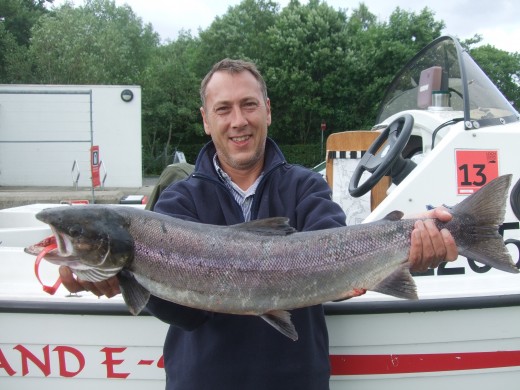 Saturday 17th August was a good day for Derek Ranachan with this 10lb salmon taken at the Boathouse on a toby.

Heavy rain last Saturday brought the river level up and the following day, salmon and sea trout were seen freely ascending the falls at the Potts. Since then the level has dropped back but Colin Ferguson reports large fish still moving midweek. Some more rain is what we need…but that’s always the story on the Endrick. 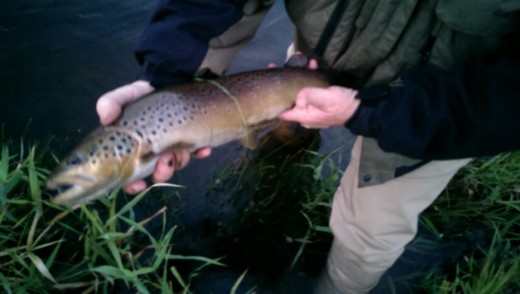 On Wednesday, Harry McLaughlin’s silver invicta attracted this 2.5lb resident brownie, just up from the Meetings.

Still a bit early for the Fruin, but we are very pleased to report that the webcam is almost up and running. 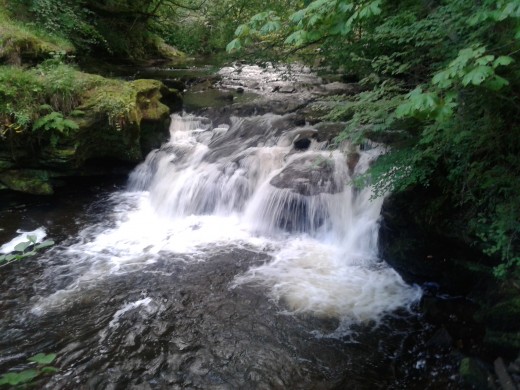 This is the view that we expect to be able to show on the webcam which, like the Endrick cam, will be accessible from our website homepage.

SCENE Field Station, Glasgow University, Rowardennan, are currently engaged in ‘The Ferox Project’. Their aim is to find out as much as possible about ferox trout using ‘all manner of means’, including the help of anglers. The attached letter explains more about the project.

An open letter to the LLAIA