Great spring sport on the Leven. The gates are still open and with more rain forecast we should get at least another week of excellent conditions. The top end of the river fishing very well. Good quality spring salmon coming to the fly, lure and worm, mainly in the 10lb – 15lb class, and much bigger fish about. 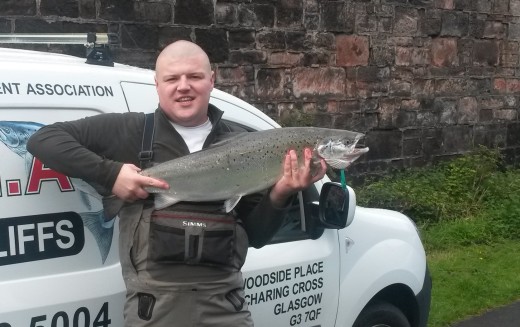 6th May, Jordan Wilson landed his first fish of the year (14lbs) at the Piles on a Vision 110. 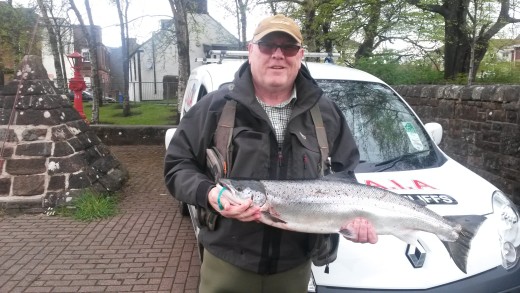 The same day, Mick King’s Cascade Variant fly attracted his first salmon of the year (13.5lbs) at the Factory Wall. 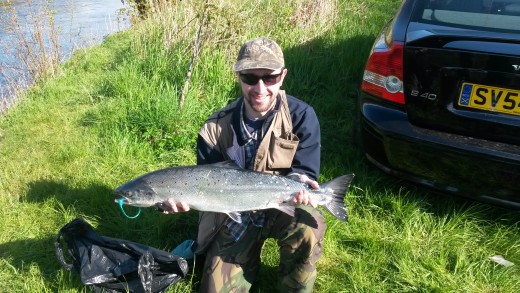 Catches continue. 7th May. Kirk Philips at Ritchie’s Laid (12lbs) on the worm. 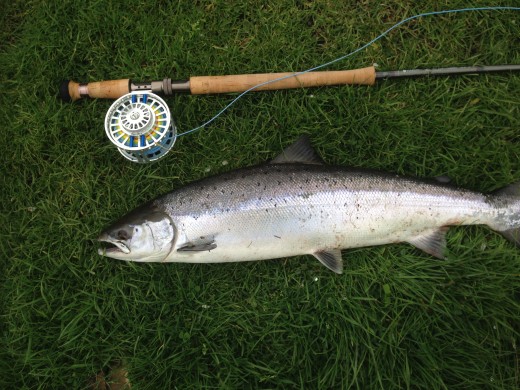 Derek Hughes is a very happy man. On 8th May he landed this springer…. 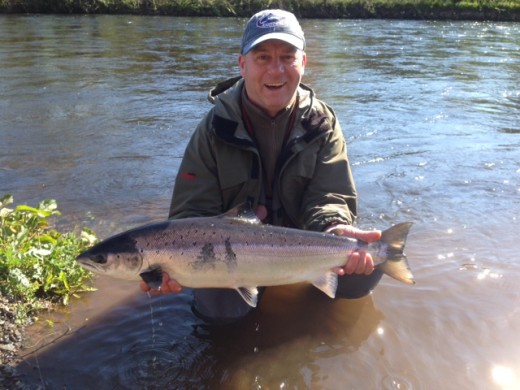 …and the following day another! Both fish weighed approx 10lbs and were landed at the Bohill Pool. This brings Derek’s tally for the season to three…all returned back to the river. Well done Derek! 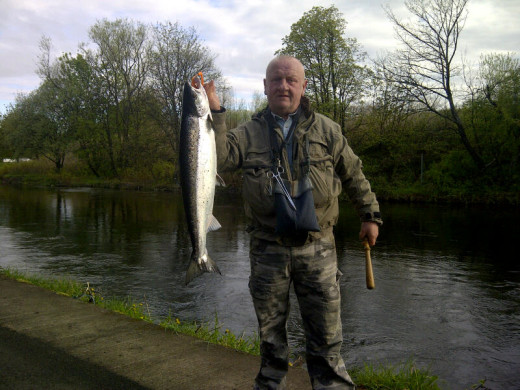 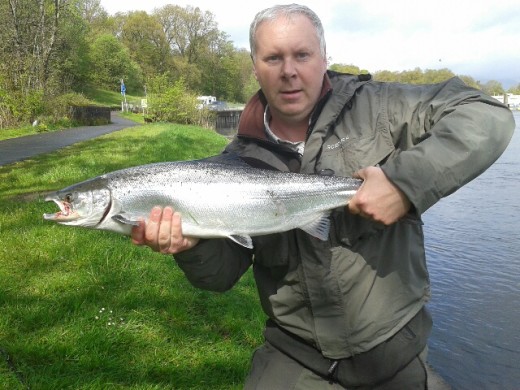 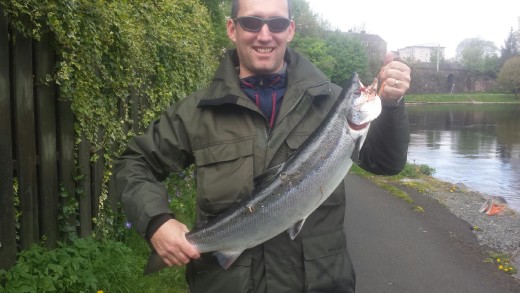 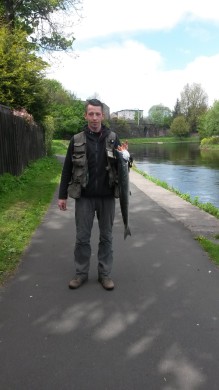 Due to high water, the clean up will not take place next weekend (23/24 May) It has been put on hold until 30/31 May or 6/7 June. We”ll keep you posted.  The water’s got to drop sometime…..in the meantime enjoy the sport! 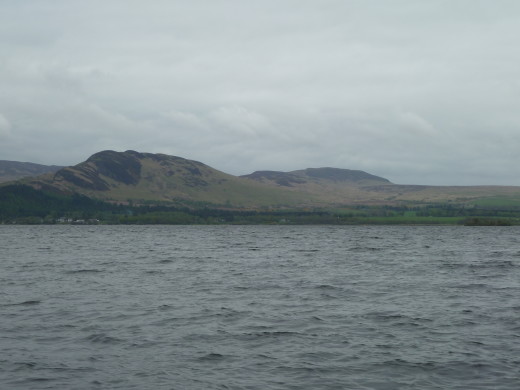 Still very cold out on the Loch. It’s Mid May already but with a biting south easterly wind and the air temperature at 9C, particularly if you’re out on the Endrick Bank, it’s advisable to wrap up. Spring fish have been in the Loch for a few weeks now and with the main run navigating the Leven, things will get busier for the Loch boatmen. 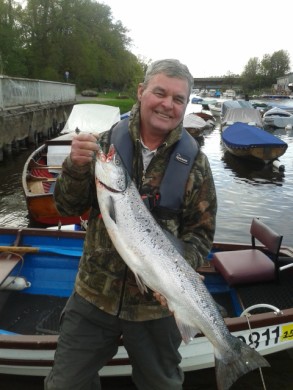 Rab Strachan reports on his first fish of the season:

‘Hi, sailed up the loch at 12 o clock Saturday 9th May (late start for me ). There was not much of a wind but a promise of stronger winds later. I trolled the usually bits up the east side to the Black Rocks, the Bank, and Claddich, not a touch and no boats with a fish. Did hear one was lost on the bank in the morning . The wind did get up a bit for the sail home. Time to head back to Balloch.  At the ‘Boy Scouts Hole’ the inside rod sprang into action and after a great fight landed this 14lber on a red sprat. Cheers.’

Thanks for that Rab.

Yesterday (15th May) the Environment Minister, Aileen McLeod, published a paper which sets out the Scottish Government’s response to the Independent Wild Fisheries Review and is seeking views on a number of broad policy issues for management options.

Please take time to view and consider the following –

Link to the Press release:

Link to the consultation paper, along with further information on wild fisheries reform.