After last week’s heavy rain the Loch level has now dropped back and the Leven is running clear and at a good height for fly and spinning. No further catch reports but the seals are in the river and that can only means one thing…… as Ross Linden reported… 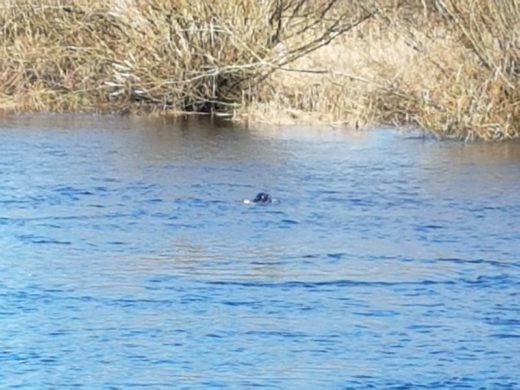 ‘Down for a few hours today and what a lovely day it was. The river is a great height for spinning, fished all the way from McKinnons down to the cow field with a toby and bang good fish on, can see it shaking its head like mad mid river its so clear, then the line goes slack…
Few minutes later the seal pops up in front of me before going under and coming up 20 yards up stream with big fat springer of about 15lb thrashing about in its mouth…’.

This is the right time for it and definitely fish running….so time to get out there.

The LLAIA is looking for an enthusiastic Leven angler to represent the associate members by joining the committee as River Leven representative. This is an opportunity for someone who has a good knowledge, passionate about the River and can spend some time assisting the committee in shaping the future of angling on the Leven. If this sounds like you please contact the Association secretary at secretary@lochlomondangling.com

Still no reports of salmon off the Loch but anglers are still enjoying sport. 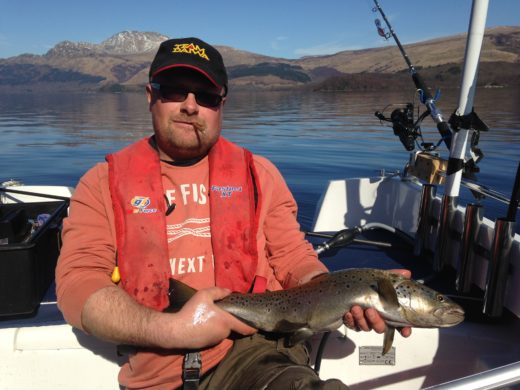 ‘First day out on my new boat Ferox fishing. Caught this just one just over 4lb. Good start to my season’

Like many of Scotland’s lochs Loch Lomond has a fair population of ferox trout and there are enthusiasts who concentrate  on nothing else. Double figure specimens aren’t uncommon but knowing where to find them only comes with experience. LLAIA bye laws require that brown and ferox trout over 4lbs in weight are returned alive.

The LLAIA are pleased to announce that after negotiations with Cameron House the Association has now taken over the riparian rights to fish the Arden gravel pits (south) and fishing is available to full association members and coarse season/ day ticket holders. 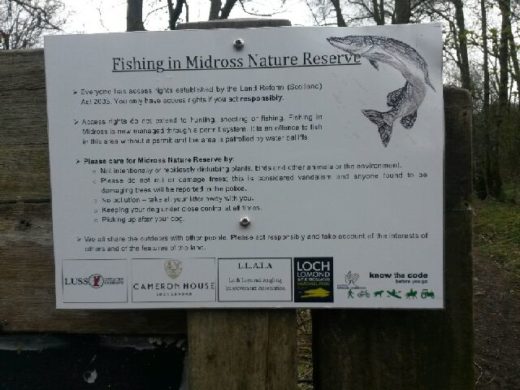 Connected to the Loch, the pits have for a long time been noted for the quality of coarse fishing they provide, particularly big pike. Members and ticket holders must comply with the Midross Nature Reserve Regulations particularly in relation to litter and lighting fires. The area is patrolled regularly by rangers whose instructions they must comply with and LLAIA bailiffs who will require the production of permits.

Lapsed and potential new members of the Association are reminded that the £25 re/joining fee has been waived until 30 April. Membership details can be found on our homepage at LLAIA Membership. 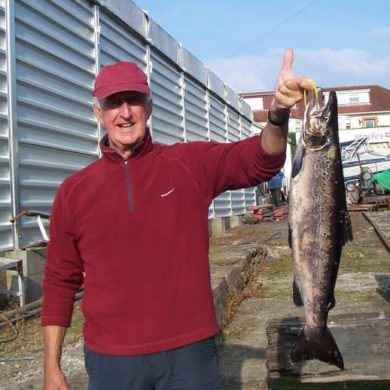 Sadly we have to report on the passing this week of  LLAIA member and Vale of Leven District Angling Club stalwart Jim McNiven.
Jim was  a well know and respected member of the VOLDAC who joined the club in the early 80’s spending time as the bar convenor before becoming club president from 1987 -1991. He then returned as bar convenor from 1992 -1999.
As well as Jim’s love for fishing he also had a passion for Burns and in the mid 90’s  took over from Jim McGowan as chairman of the Burns suppers, with last supper being held at the club in 2009. Jim continued his involvement with Rabbie Burns right up till the present day through his involvement with the Alexandria Burns Club and was a respected speaker at many a supper throughout the district and beyond. He was also treasurer and a past chairman of the Loch Lomond Association.
Jim will be remembered for his love of the Loch and for his annual fortnight trip up the “tap end” where many’s a happy time was spent with his fishing buddie Geordie and the late Earnie East. He will be sorely missed by all who were lucky enough to know him.
Jim’s funeral will take place at Cardross Crematorium on Tuesday 11 April at 1.15pm.
Our thoughts  and condolences are with Margaret and all the family at this sad time.
JR
Contact Reports at : reports@lochlomondangling.com
By Jim Raeburn|2018-03-10T23:34:42+00:00April 7th, 2017|Fishing Reports|