1st May, holiday Monday, saw another couple of springers landed on the Leven. 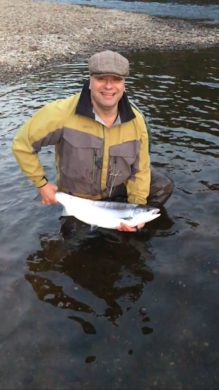 Angus Soutter reports catching this bar of silver (11/12lb) at Sandy Hole on the fly. His first of the season which was released back to the River.

Derek Hughes had a second spring salmon (8lbs) at the Top Pool on the worm which was also released.

Not many anglers on the banks this week probably due to the bright conditions. No signs of any rain in the forecast yet…..

The new River Leven Rep Stuart McCallum can be contacted at the following email address: Leven@lochlomondangling.com

As part of the committee’s commitment to ensure an accurate record of catches, returns boxes have been sited at the riverside outside the Vale of Leven District Angling Club and within O’Brien’s shop adjacent to Bonhill Bridge. 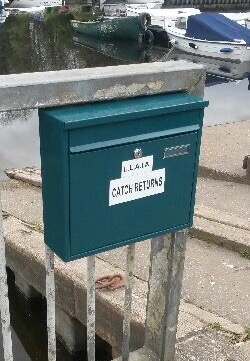 The LLAIA is required to submit a return of all salmon and sea trout caught on the system to Marine Scotland by 31 December each year. The future Conservation Categorisation of the Lomond System depends on these figures. Day/weekly game ticket anglers are requested to submit their returns, including blank days, either directly to the Association or by posting in these boxes. All returns received will be entered in a draw for a River Leven season ticket for 2018. A similar incentive is being introduced for  Full Members and Leven Season Ticket holders.

I mentioned in the last report that there’s always some big sea trout in the Loch at the start of the season…. 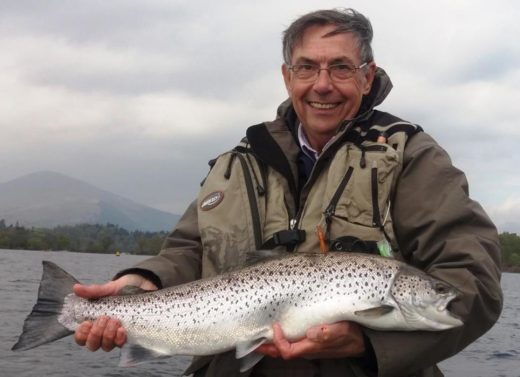 2nd May, Balmaha regular Angus MacRitchie set out round the island drifts in sunny conditions with an east wind. Just past the Ladies Point of Inchcruin he hooked into something which he knew right away was big. After a 30 minute fight this fine specimen of a  sea trout came to the net. Estimated at 14lbs it was photographed and returned to the Loch. A size 12 double pearly invicta on the tail had done the trick. Great stuff Angus! Full report on the Balmaha Anglers Website. 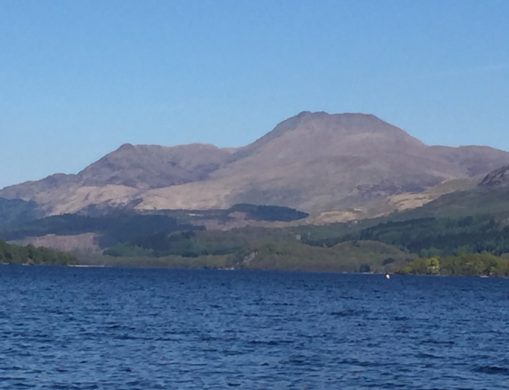 3 May, Not a cloud in the sky. Gerd Elsweiler reported two sea trout about the 3.5lb mark on the troll at the mouth of the Endrick.

Great weather for a sail….

Just to remind those members who are still to renew their membership for this season. The LLAIA constitution states:

Memberships can be renewed by sending in your fee and completed form to the Treasurer, LLAIA, 5 Woodside Place, Glasgow G3 7QF or using PayPal – see LLAIA Membership on our home page. A completed form is still required.