The barrage opened on Tuesday morning allowing excellent conditions on the river and fish waiting in the Estuary saw their chance….. According to the bailiffs the Leven was suddenly ‘bouncing’ with salmon and grilse. From rumour and speculation it’s reckoned that within the space of a few hours around fifteeen fish were landed or lost. Without reports from anglers we are unable to confirm catches, but there seems to be little doubt that good numbers of fresh grilse and summer salmon have come into the system….not before time. 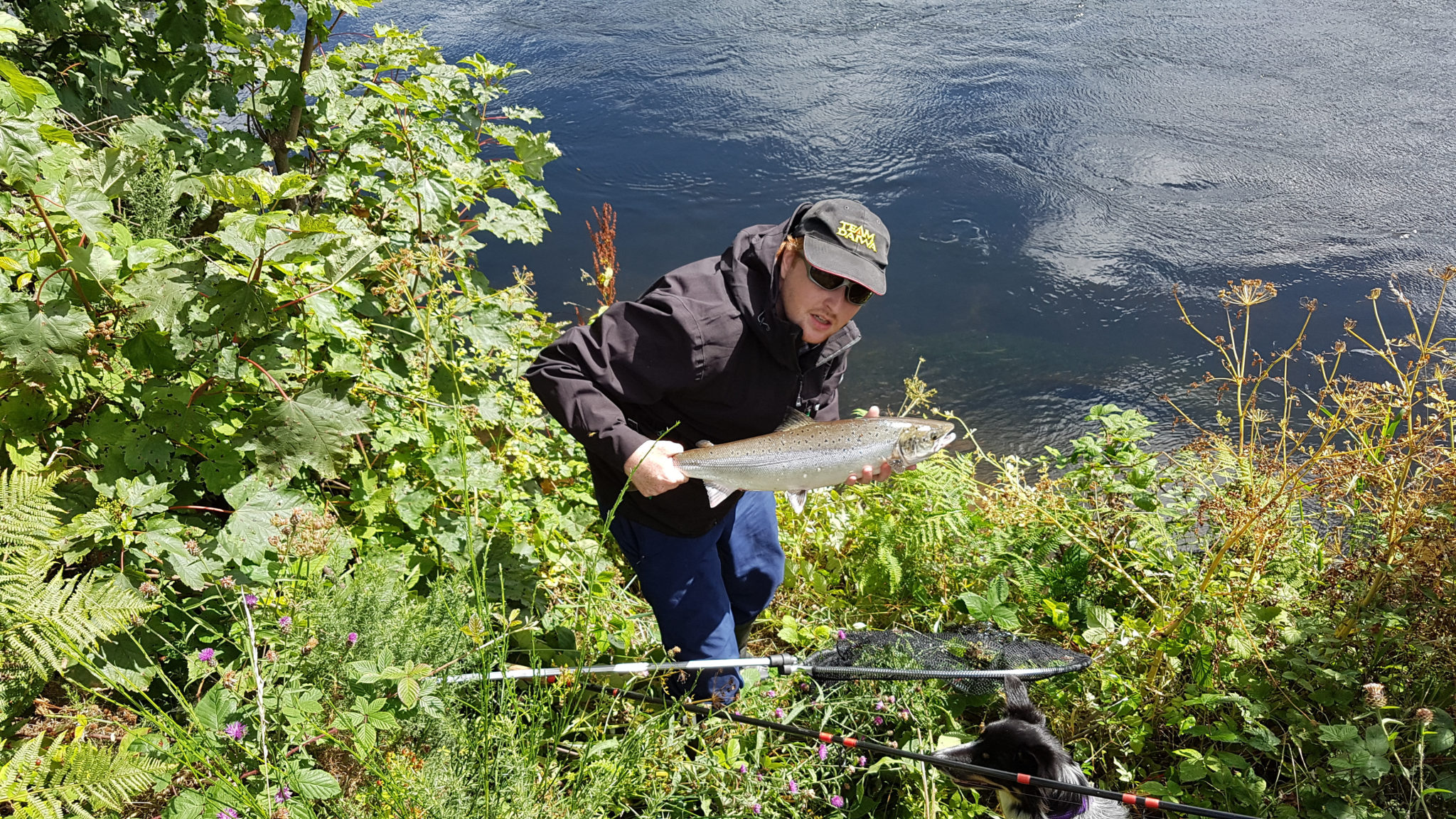 9 August: Leven regular Ross Linden landed this fresh grilse (5lb) at the Old Lade and since then has had plenty offers,  unfortunately all turning away at the last second.

Reports from the Loch are fairly sketchy. Once again we can only report what anglers are telling us. It’s believed that Ian Steele recently landed a fresh (10lbs) salmon at the Ross Isles and last weekend Dave King snr had two grilse (7lbs) each up the top end. Andy Buchanan and Colin Lewis were out mid week and report dropping grilse at Rowchoish and Culness.

Last weekend one of our members was enjoying a peaceful afternoon fly fishing off the north shore of Inchlonaig until he was repeatedly ‘buzzed’ by a jet bike being ridden in a reckless manner between himself and the shore. Given that this is a particularly rocky area the rider was putting himself in great danger of striking sub surface boulders.

Unfortunately this type of behaviour isn’t uncommon on the Loch.

The Park Authority have been contacted and the incident is now being investigated. However on this occasion the jet bike didn’t appear to be displaying a registration number. The NPA byelaws state: