After reviewing the weather forecast for Saturday it has been decided to postpone the event until the following weekend (21 September). Wind speeds of 20mph gusting to 35/40mph from the SSW are forecast for most of the day. Safety of participants is the  first consideration. The Met Office forecast for mid September is for more settled weather which is confirmed meantime by the BBC forecast.

Arrangements for 21st will be exactly the same as published earlier. Registration at Balmaha and Balloch between 0800-0900 with ‘weigh in’ and BBQon the Spit o Inchmurrin at 1600.

There will be prizes for heaviest fish, runner up and ‘heaviest’  basket. This year the ‘weight’ will be estimated using length and girth measurements. A raffle will be held and all proceeds from the day will be donated to the Loch Lomond Rescue Boat. Last year the event raised £400 and we hope for another good turnout. 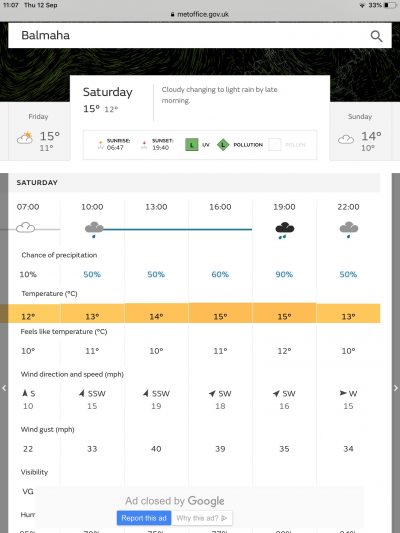 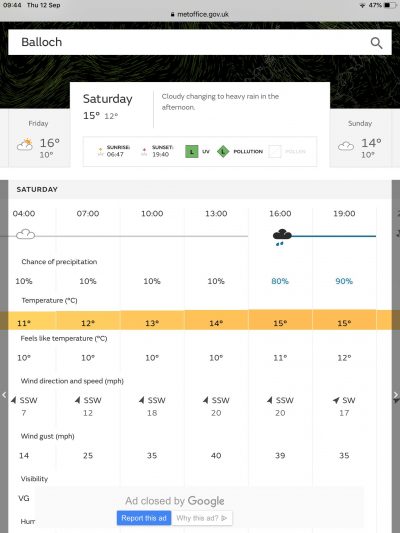