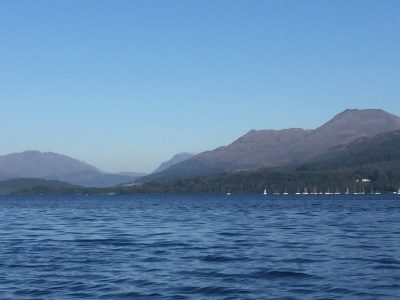 This was the scene awaiting the twenty five anglers who headed out from the registration centres at Balmaha and Voldac yesterday morning to take part in this year’s Fly Fishing Competition on the ‘Big Loch’. Picture post card scenery and the Loch looking its best but less than ideal for fishing. There was however a fresh south easterly breeze but under a cloudless sky  rising a trout was going to be difficult.

At the ‘weigh in’ on Inchmurrin only two sea trout  were declared with estimated weights of 16oz and 10oz enough for two lucky anglers to sweep the prize board. 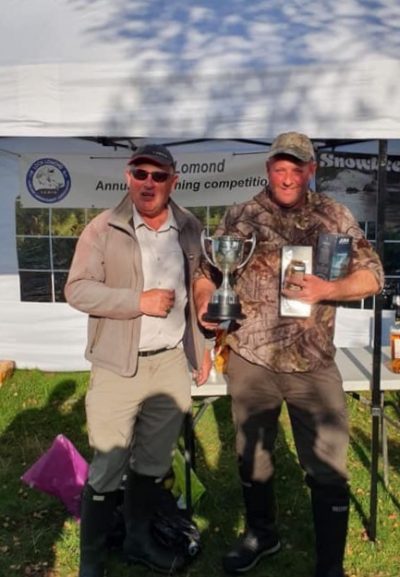 Scott Laird was presented with a bottle of fine malt and a £75 Snowbee voucher for heaviest fish.  He won a second bottle of malt and the LLAIA trophy for ‘Heaviest Basket’. 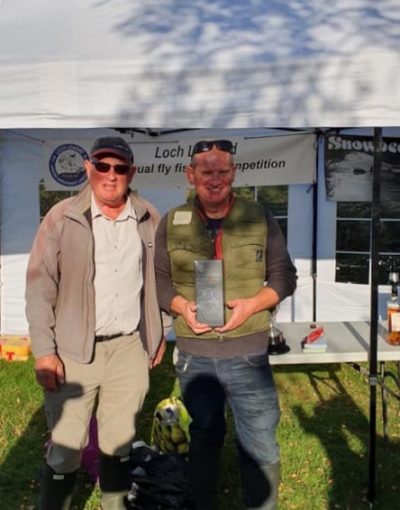 Alec Doey was presented with a bottle of malt as runner up. A bbq followed and the raffle drawn. 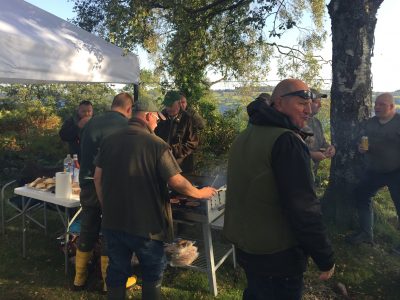 Many thanks to Snowbee and the Luss Estates Company for their continued support, all who donated prizes for the raffle especially Voldac for a nice bottle of malt and Tam and Steven McBride for a tasty bbq. Of course the day would not have been possible without the attendance of anglers who enjoy each other’s company and put their fishing first. Thanks again guys!