In 2021 The Lomond System saw  over 366 Annual Coarse Season Permit anglers  and 2,267 day ticket anglers. The popularity and quality of our Coarse Fishing is clear. This week Daniel Gheorghe has agreed to undertake the coarse fishing representative role. Daniel will aim to represent this key group of anglers providing support for the coarse fishing and anglers on the Loch. Please give Daniel a warm welcome and we would ask that you give him your best support.

There are various forms of coarse fishing on the loch either from the bank, or from boats, kayaks, float tubes and other watercraft. Coarse angling also comes in a variety of forms including bait fishing for pike and other coarse species as well as lure/fly fishing for predator fish (pike/perch). This wide range of methods brings together many anglers with different backgrounds so there is scope for a strong community that can shape the future of the coarse angling on the loch.

This first post will open a series of monthly reports where we will discuss the state of the loch, make catch reports but also raise issues that the coarse angling community faces or would like to improve.

Coarse fishing reports might not be straightforward as most coarse anglers like to keep a lot of secrets starting from the spots, the type of places and sometimes even the name of the loch. Although keeping secrets is understandable, it might be excessive to hide that pike & perch are being caught on a loch of the magnitude of Loch Lomond. A few pictures a month with some (fat) fish from the loch will not harm or prompt any coarse fishing invasion so if you have anything to share for the next report, please let me know. 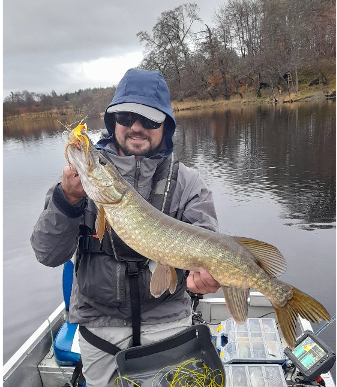 With limited info at hand, the first two months of the year have been slow. It was an unusual January with high water temperatures (8deg+), low water level and calm days. Some believe this to have triggered the pike to start spawning early. In February however, the picture has changed as the storms from the West arrived with high winds and rain cooling down the loch water to 6deg. This influx of fresh water and the stir caused by wind and waves seems to be opening the pike’s appetite to feed as they are getting closer to spring.

Although lures and flies are still slow, just being out there on a calm day between the recent storms is a time well spent. Persistence is the name of the game. Fish will feed actively for a short period of time so being there at the right spot and time can be pay off.

Static methods work much better now and catches in the first two months of the year were significant, with quite a few fish over the 20lbs mark showing up on the pike fishing groups. Well done to you all. 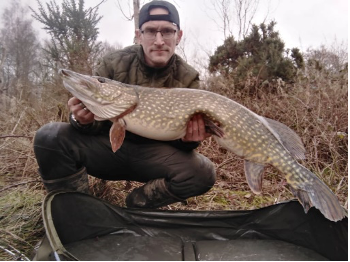 Tight lines to everyone and if you’re out on the water, check the winds before going and think safety first!