The river has fished well in the last week, particularly the top end, with a steady run of grilse coming through and some heavier fish still showing. The level has remained fairly constant with no sign of the gates closing.

On 1st August, Stevie Blackwood started off the month with a 6lb grilse taken on the fly (cascade) which was returned. Paul McNeill (10lb) Bonhill Pool. Danny McCarron (10lb) Chapel Hole on the worm. Sammy Burgoyne (5lb) Chapel Hole also on the worm. 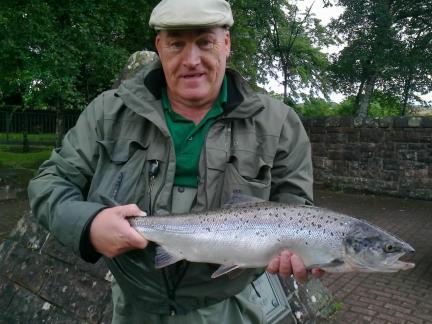 Malcolm Campbell enjoyed good sport on the fly with this 7lb grilse. The fish was taken on a ‘cascade’ at the Bonhill Pool. 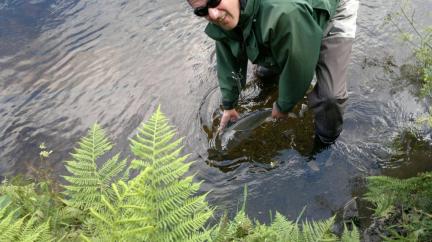 Scott Laird continues his run of success with a 5lb grilse at the Chapel Hole on the worm and then on the morning of Thursday 2nd, another grilse of 5.5lb at the same spot which he returned. In two weeks Scott has landed six salmon, three of which have been returned.

On the 2nd of the month, Jack Ferguson had a 3.5lb grilse on the fly and Gavin Hunter (day ticket) had a good day out with a 7lb salmon at the Piles and sea trout of 3lbs and 2.5lbs, both returned. 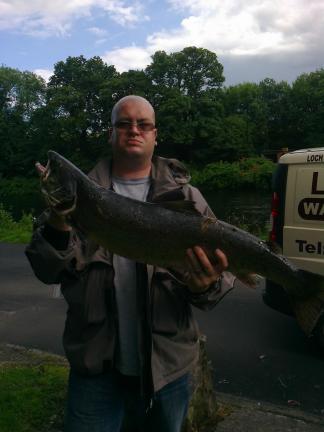 Saturday 4th, Stevie McAlinden (14.5lbs) Chapel Hole on the worm (pictured above). Brian Ward (4lbs-returned and 5.5lbs) Double Pipes on the worm. Davy Robertson (5lb) run above the Craft Stream on the fly, which he returned. 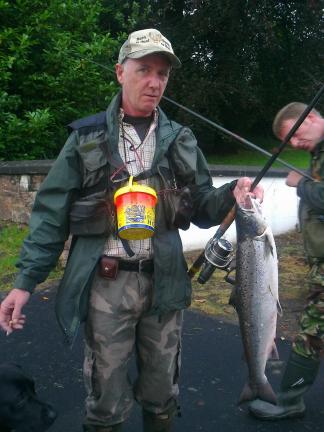 On Monday 6th Chapel Hole was still producing fish to the worm with Danny McCarron (above) landing a 6.5lb grilse 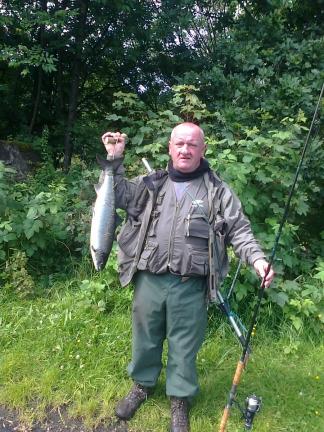 Brian Ward with another grilse of 5lbs. 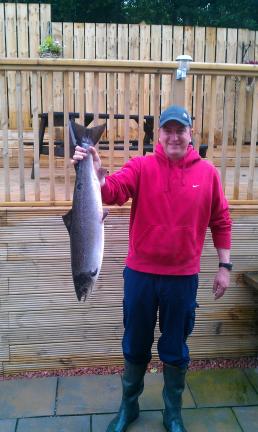 The week continues on the 7th, with Steve Banks (6lbs) McKinnons on the fly, Paul McNeill (5lbs) and Jim McDonald (14lb) at the Glebe on a purple flying – c…. sounds quite psychedelic!

A good number of  fresh, sea liced grilse moving into the Endrick. On 1st August Malcolm MacCormick and David Howie both had fish at Drumtain. A 4lb grilse and 1.5lb sea trout came to Malcolm’s rod while David netted a 3.5lb grilse, which was returned. Malcolm’s grilse is pictured below with the offending fly, a ‘cindy’……. like something straight out of a box of rainbow lures. 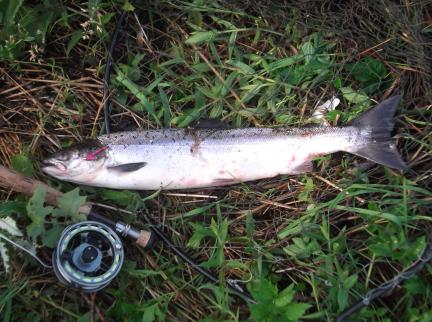 On the 2nd, Kevin MacCormick with a 2lb Sea trout and on Friday 3rd it’s reported that Colin Smith returned a fish of 15/16lbs which was starting to colour. Monday 6th saw Bob Rodger land two grilse of 5lb and 6lb at the Oak Tree Pool. Chris Turner still enjoying his season with a 4lb grilse at Wilson’s on the 7th.

Plenty of boats out on the Loch on Saturday, though no reports of any fish landed. At least the rain was off and it was a good day for a sail. 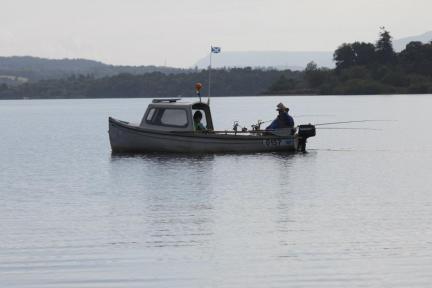 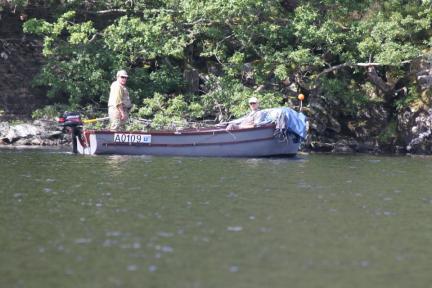 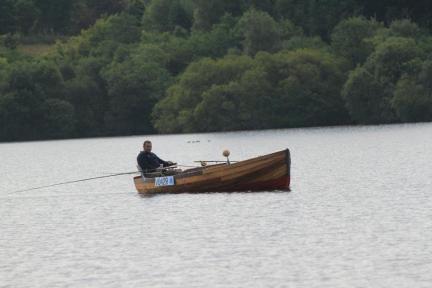 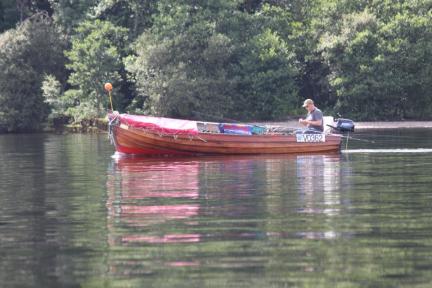 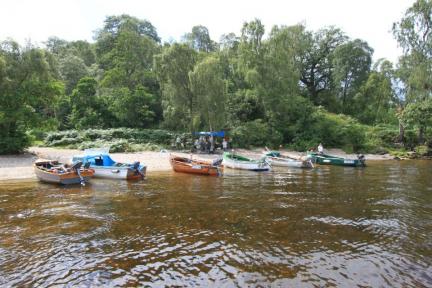 Lunch Stop On The Murrin.

One Loch angler, John Brown, had a mishap at the weekend losing a 14ft glass rod and Shimano reel over the side while off the south west side of Creinch (near the buoy). Should any angler be lucky enough to recover it please contact us. 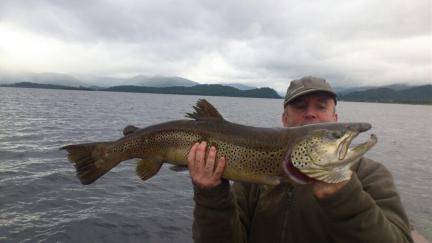 A trolled rapala in Net Bay produced this ‘mean ole critter’ for Robert Ramage. A brownie?…. would say so….. and he looks as though he’s been round the block several times….along with a few anglers!