During the second half of April the Leven stayed at a good height, the Loch having been topped up by some real heavy downpours. There were several reports of fish moving  in the upper reaches, but with no reports of catches it was apparent that they weren’t staying in the river for any length of time. Then on 29th of April at the stroke of twelve, after being open for a fortnight, the barrage closed and the level fell back.

The month of May arrived and on 2nd we had the report of a 12lb fresh fish to Chic McLean on the fly at the Street Run. This was Chic’s first fish this year and if his performance over the past few years is anything to go by, won’t be his last.

Saturday 4th May saw some real action on the river. John McGinley was fishing down from the double pipes when his season began with an 18lb spring salmon. 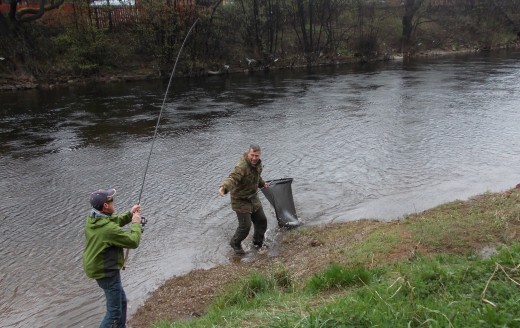 Bailiff Colin McFadyen was passing and seeing the commotion in the river went to Robert’s assistance…. 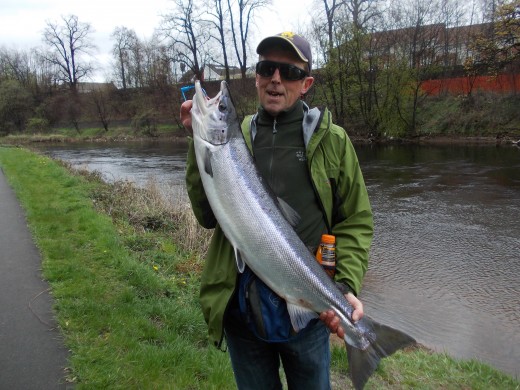 A further two reports followed. Ally McGhee (10lb) at Pikey Hole on a flying c and John Donald (10lb) at Dalquhurn Lade. This should be the beginning of the main spring run and undoubtedly we’ll hear of more catches from the river very soon. Members and ticket holders are reminded that all fish which are despatched must be tagged. We ask that the tag is clearly shown in any photos of fish submitted for posting.

Reports from the Leven indicate that good numbers of sea trout have been making there way into the Loch. This is indeed good news for Loch fly fishers. 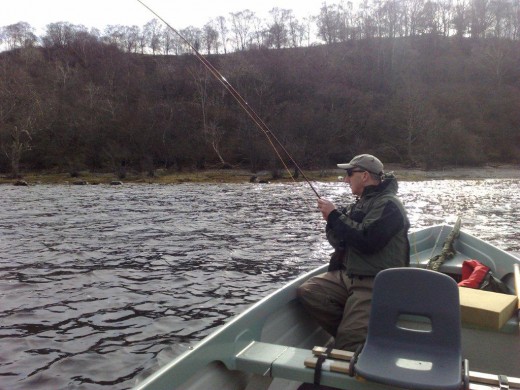 Iain Morison has been out on the Loch a few times recently, enjoying good sport on the usual drifts. 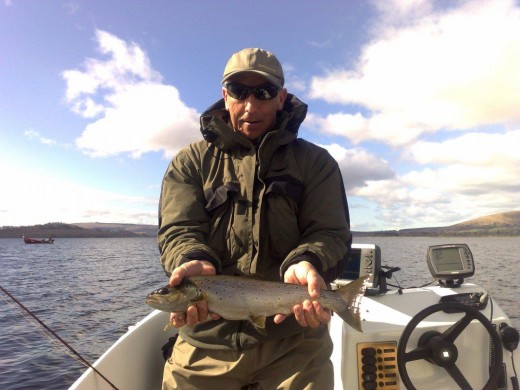 A few of these fresh fish can provide a good day’s sport. 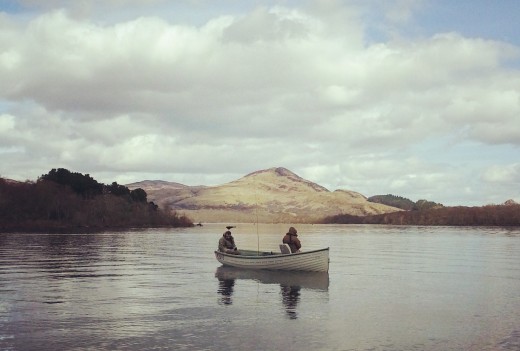 The Loch is at a good height just now for fly fishing and those out on the troll. 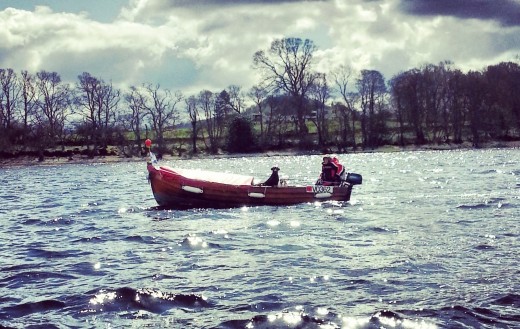 But it’s still very cold. Fresh southwesterly winds can make things rather uncomfortable on the east side of the Loch, which is exactly where Loch boatmen want to be at this time of the year. Although there has been an armada of boats out over the past two weekends, there have been no further reports of spring salmon caught. They’ll come soon enough. 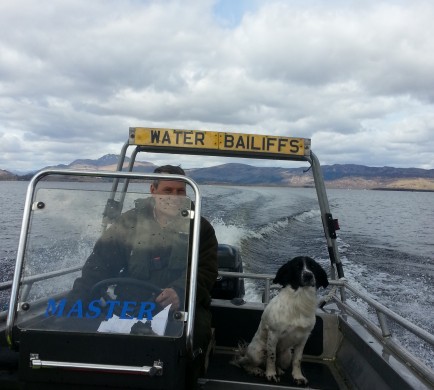 Members will already be aware that the bailiffs have been active on the Loch. This presence will continue, with regular patrols midweek to ‘sniff out’ any unlicensed anglers….