Another prolonged dry spell, but unsettled weather’s on the way with heavy showers forecast for Friday and Saturday. Still fish going through so it may well turn out be a good weekend…..the eternal optimist. Recent catches include.. 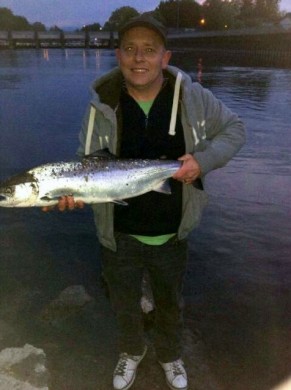 28th May, Derek Mackenzie with a (12lb) salmon caught on the worm and returned at the Top Pool. 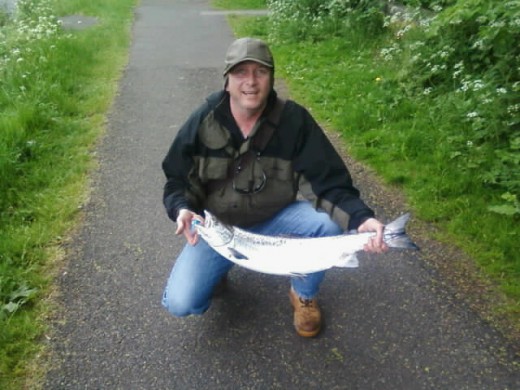 31st May, Terry Mallin (12lb) at the Stuckie Bridge on the worm. 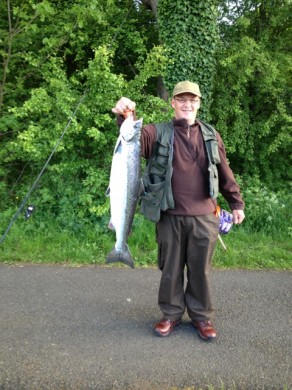 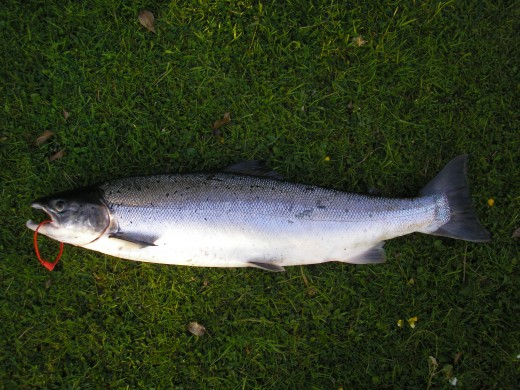 Colin Smith’s been having good sport…..Friday 7th June  ‘I had an interesting day on the Leven today despite bright sunshine. I was broken by a fish in the Bonhill Bridge Pool. I then hooked and lost a fish in the laid stream below Flowers. Finally this 12.5lb fish stayed on. All fish hooked on a single handed rod on a small black conehead fly’

Colin then reports returning to the same stream the following day and landing an 11lb salmon…..what more can you ask for? 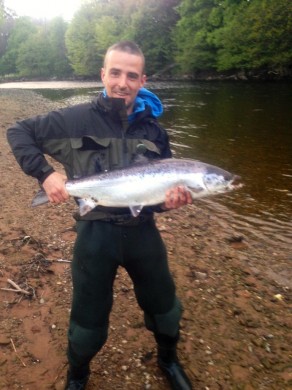 In the last report we mentioned that Ally Barrowman (above) had landed and returned two salmon (10lb) and (15lb) on 21st and 23rd May. Ally has forwarded some video footage of the larger fish being returned which we’ll share with you shortly. He’ll be receiving GAC vouchers for his conservation minded action.

The clean up on the Leven will take place, weather permitting, on Saturday/Sunday 22nd-23rd June, meeting at Bonhill Bridge at 10am. Skips, poly bags, gloves and refreshments will be provided. All members, ticket holders and volunteers will be most welcome.

The Loch has remained at a good height for boatmen with some excellent catches being made. After last year’s poor season, mainly due to high water, it’s refreshing to hear of so many fish coming to the net. 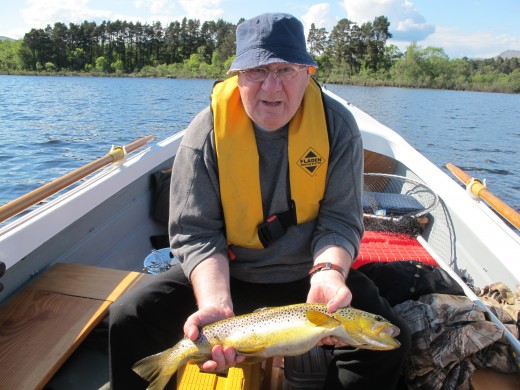 4th June, Bobby McClurg comes out of retirement for a day on the troll and lands this 6lb trout off Little Ireland followed by a 4lb sea trout off Inchmoan Long Point. Both were returned. 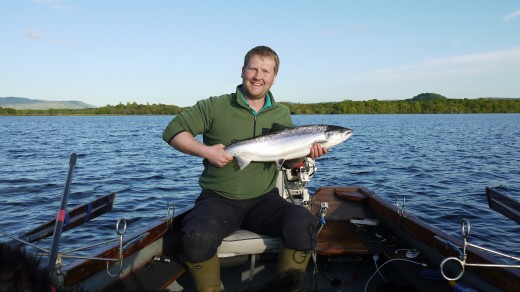 4th June, Alan Dorrian looking well pleased with a 14lb salmon caught on the troll at Net Bay. After a photo it was carefully returned. 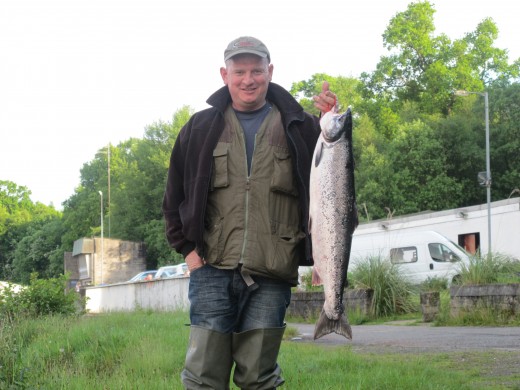 LLAIA member Bob was up from Merseyside for the week and had seen at least five boats with fish. Perseverance finally paid off and on his last day he struck it lucky on the Bank. 11th June, Steven Gilfeather (24lb) & (8lb) 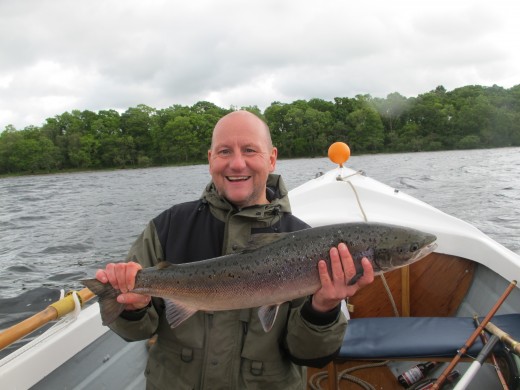 Today, 12th June, an extremely happy John McClurg had his first fish of the season at the Claddich shore on an orange and gold rapala. Weighing approx. 10lb, it was safely returned and certainly deserved to be…….watch John landing his fish in true ‘Tales From The Loch’ style by clicking on……. http://youtu.be/MFnE5TmgkNw

No more reports from the Endrick yet, but just watch this space……….