The continuing bright, sunny, dry weather haven’t made for the best conditions….unless you want a suntan. However the gates have remained open and the river at weekend height. Rain is forecast for Friday but we’ll need quite a bit or we can expect summer low soon…

During the last two weeks of May the spring run continued, with some nice fish reported. 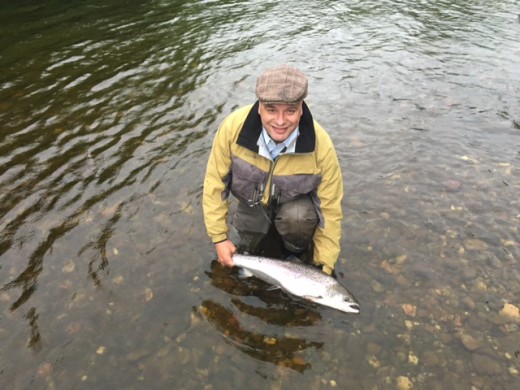 20th May, our secretary, Angus Soutter has his first fish of the year (10lbs) at the Apple Tree on the fly. 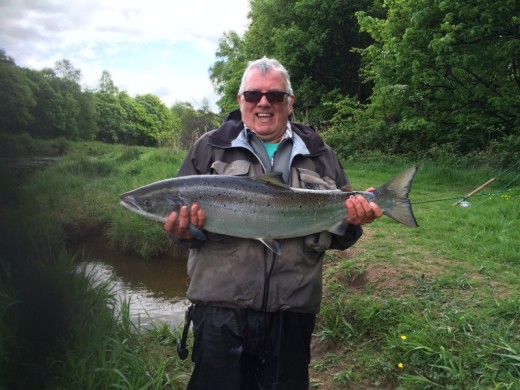 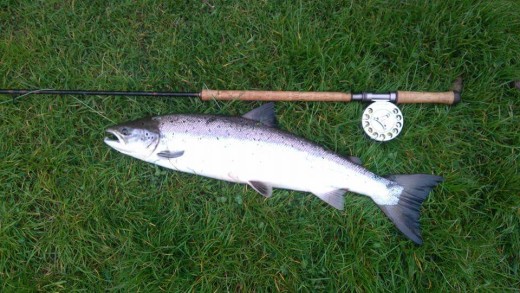 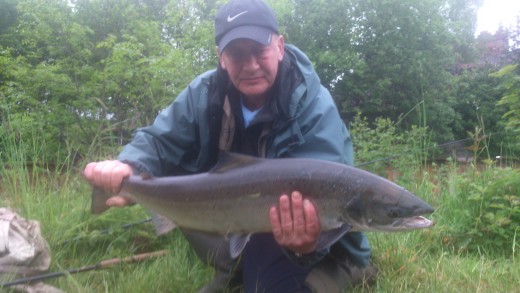 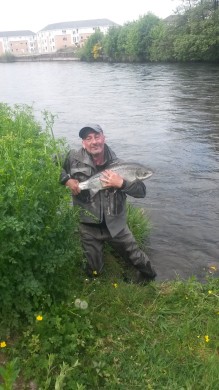 Things seem to have now quietened down a bit now as we await the arrival of summer salmon and grilse………and the rain.

The Loch level has now dropped to a good trolling level. At Strathcashel the crannog is clearly showing above water and further up the Loch the waves are just lapping over the Lucky Chuckie. Loch regulars reckon that it fishes best in low water, but the bright, hot, sunny conditions won’t help. On Monday the surface temperature was ranging between 19 – 21 oC. So early morning and evening trolling worth a go, though salmon will still take in flat calm, bright conditions….no rhyme nor reason… 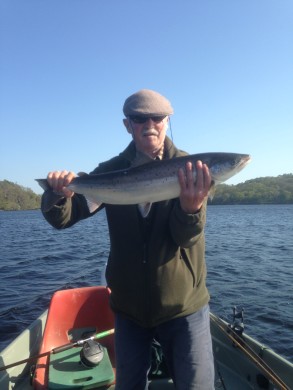 9th May, certainly a blue sky day when Colin Lewis had his first of the season (9lb) at Manse Bay. 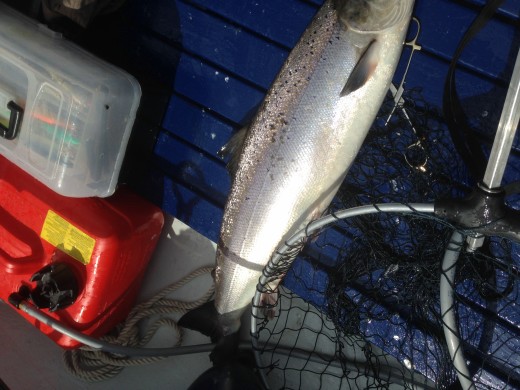 ‘Was out for a wee troll today and to top up the tan. Lucky enough to hook into this cracker at Sallochy, and what a scrap it put up…cartwheels, the lot! After unhooking a quick photo. Sorry about the pic but was in a hurry to get it back into the water. A typical Lomond deep bodied fish. Happy days…..well it made mine anyway!’

Thanks for that Stephen. 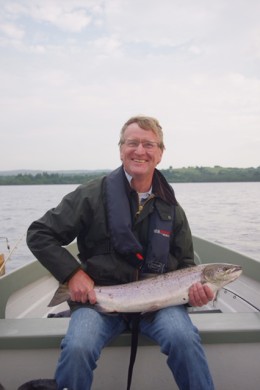 7th June, John Bell, based at Balmaha, took Helensburgh angler Malcolm Garrity for a day out on the Loch, Probably the hottest day of the year, but John persevered, eventually heading north into deeper water, but with nothing doing decided to give the Endrick Bank one last go……..a good decision. At 7.30pm day ticket angler Malcolm was  into his first salmon…..absolutely delighted! John can be contacted through his website The Lomond Angler.