Fishing over the last month has been very much stop start with the tributaries fishing well when the water heights were right and the Leven blowing hot and cold.

On the Fruin a sea trout of around 11 lb was reported at the end of September with a number of other sea trout landed and lost.  Salmon were a bit more scarce but they were there and being landed none the less.

The Endrick fished hot and cold with at least 8 fish being landed on Saturday 1 October alone despite the poor overhead conditions of continuous bright sunshine.  Most fish were coloured but Nick Edmonstone showed that there were still fresh fish around landing a clean 5 lb grilse. 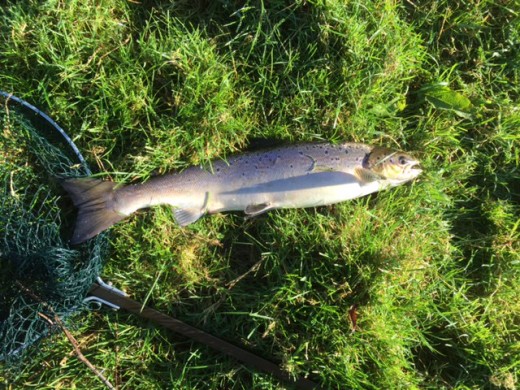 Nick Edmonstone showed his brother a clean pair of heels !

However, water levels did not persist and for the next 2 weeks we have only heard of a small number of salmon being landed, the most interesting being one of 8lb landed by Chris Turner on a skated surface lure in the dark! 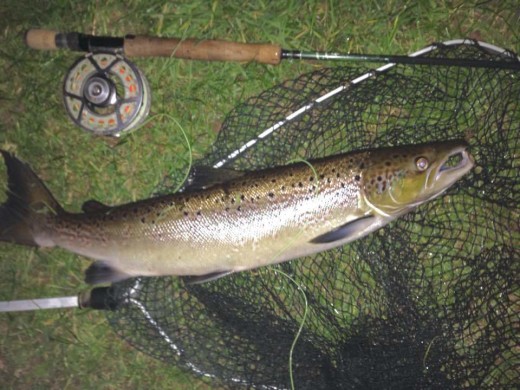 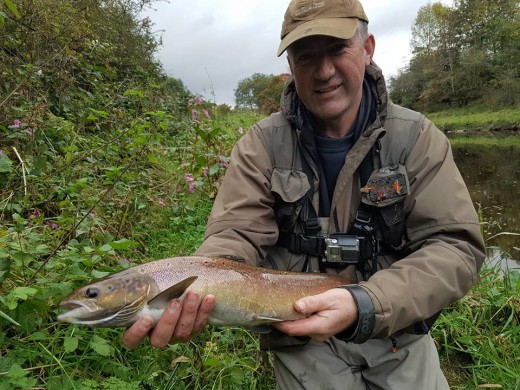 Colin Ferguson winkled out this 3.5lb grilse from the Endrick

‘You can’t start them too young……’ 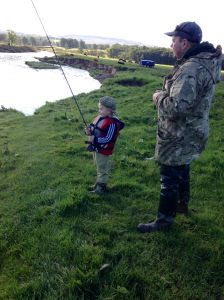 The Leven continued to offer salmon for those who were prepared to put in the hours, although like most other systems in Scotland fresh fish were at a premium as we moved into October.  However, our sea trout were far more obliging and fresh fish up to the 3 lb mark were being landed on a regular basis.

After weeks of effort Keith Adams finally managed to land a salmon at the street run. Once again his lucky black and gold rapala came to the rescue 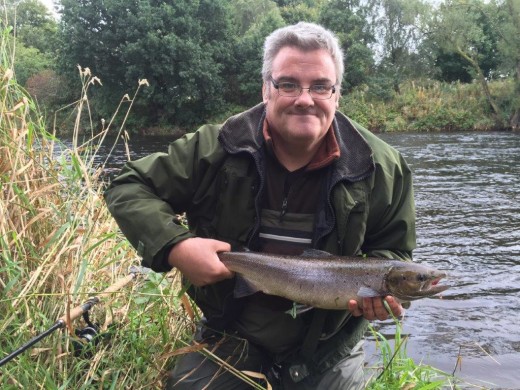 Iain Morison left it late to land his first salmon of the season, fish of about 5lb also at the street run 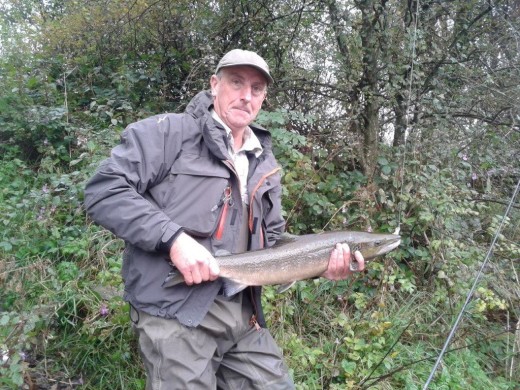 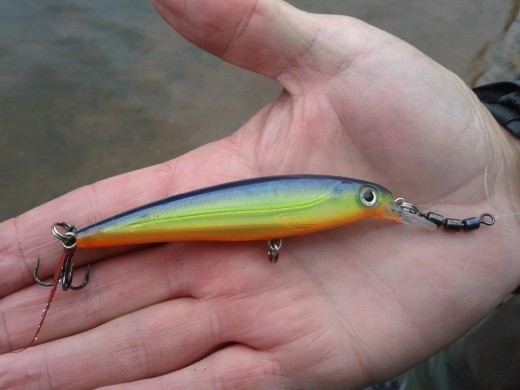 What has been clear is that the number of anglers fishing the Leven, the Loch and the tributaries has been at best minimal.  Even with perfect conditions on the Endrick on the first Saturday in October only 3 cars were parked at Coolies.  There is little wonder therefore that there has been little to report.

As we move into the last 2 weeks of the season the Leven continues to flow at a good height and if the last few years have been anything to go by we might expect to see fish beginning to drop down from the Loch and showing up in the catches.  As for the tributaries all we need is rain and hopefully we might be about to see some of that over the next few days.