The L.L.A.A.A. Loch Lomond Fly Fishing Competiion took place on Saturday 2 September. This was the first competition of its kind for at least fifteen years. 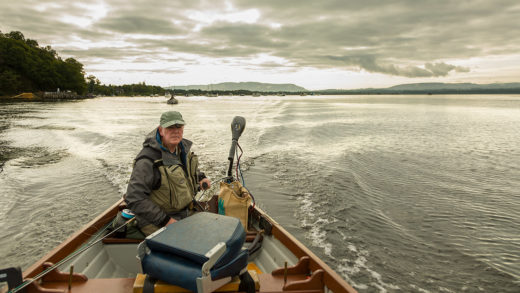 Between the registration centres at Balmaha and Voldac forty five anglers headed out onto the Loch. 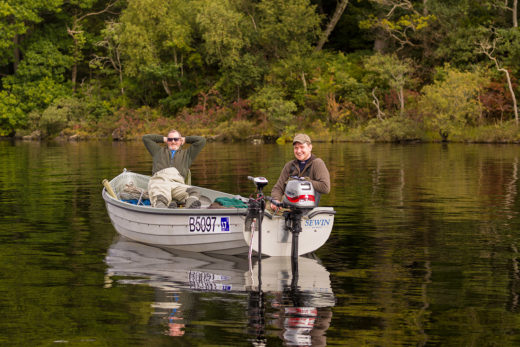 Of course we can never guarantee perfect conditions….. 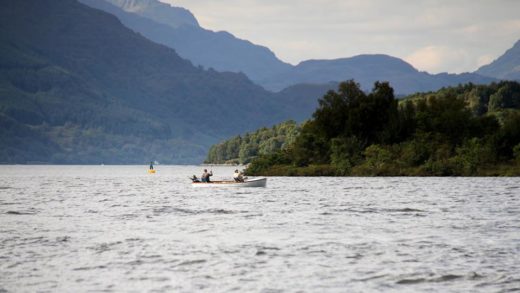 and it wasn’t until mid afternoon that a breeze got up allowing a decent drift. 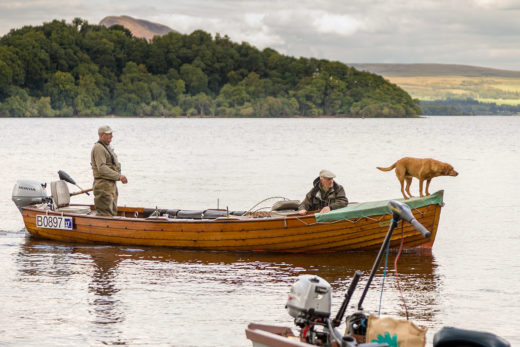 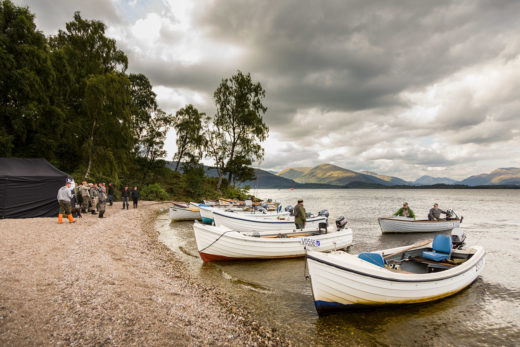 5pm and the boats arrive at the weigh-in on Inchmurrin. 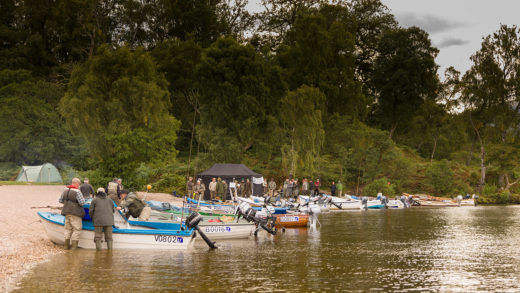 With anticipation in the air……. 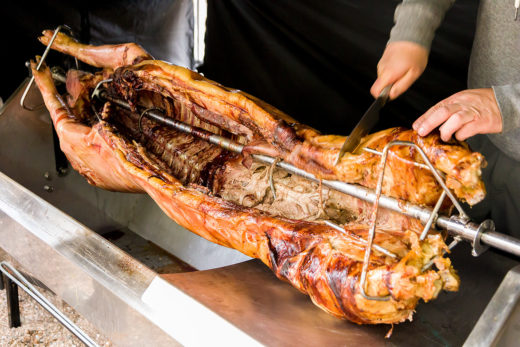 and the smell of hog roast……. 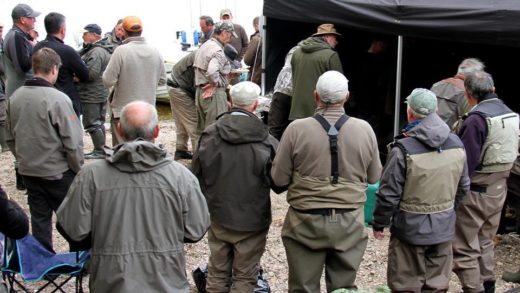 the results were awaited…….. 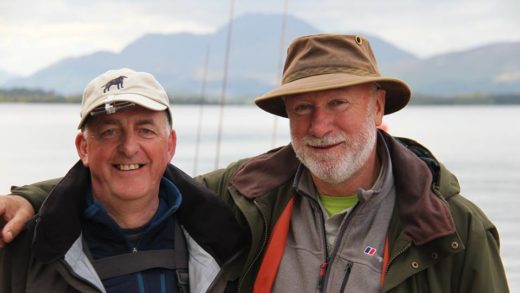 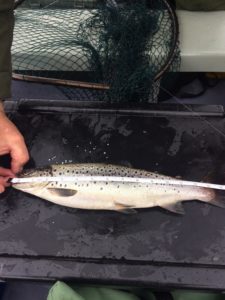 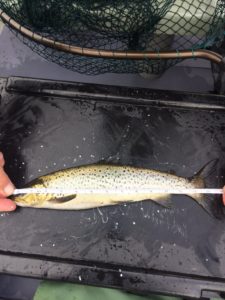 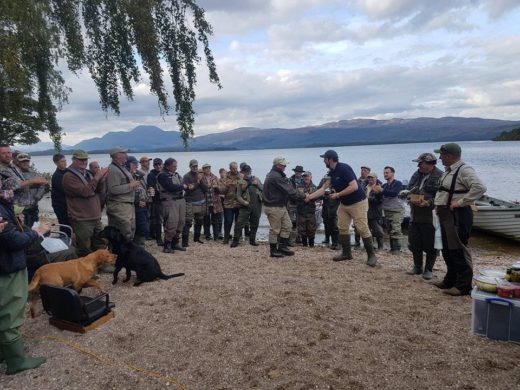 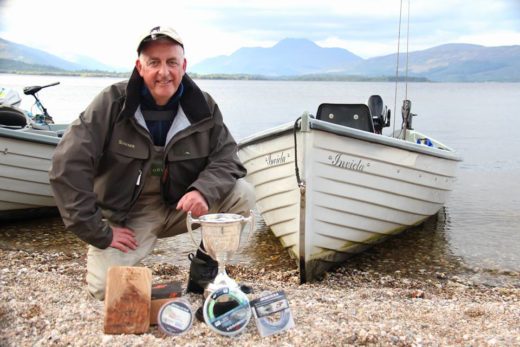 For heaviest basket Jim was presented with the LLAIA ‘Heaviest Basket’ trophy,  a Scierra reel, line and backing 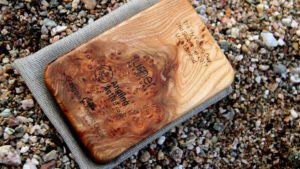 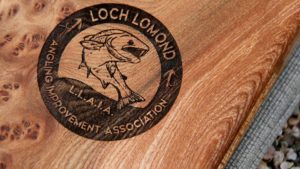 and a fly box donated by Chris Turner. For heaviest sea trout he received a £100 Glasgow Angling Centre voucher and a bottle of 16 year old Mortlach malt whisky. For runner up heaviest basket Denis was presented with a £50 Angling Active voucher and a bottle of Macallan malt whisky. The  £100 prize for a sea trout over 10lbs contributed by Gareth Bourhill Consulting wasn’t won and has been donated to the Loch Lomond Rescue boat along with a further £100. 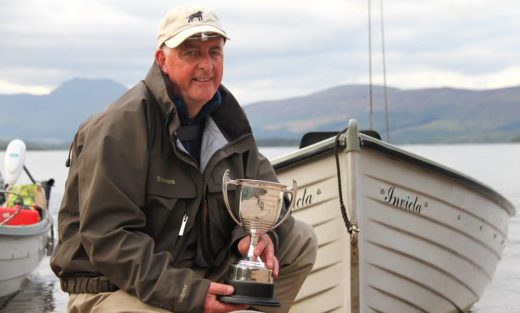 ‘It was a really difficult day with no wind. Denis and myself were becalmed just off Darroch but after 3 hours of chat, we decided to go for a sail and headed north through the Geggles, up towards Lonaig  where we spotted a light ripple on the water over at Luss. Rods in hand our first drift on the bank we managed a fish apiece, a welcome 1.5Ib’er to my fly and one slightly less for Denis. The wind picked up and after a few more drifts I hooked a larger fish of close to 2.5Ib. Time was against us so we headed back for the weigh in smack on time with exactly a minute to go.  Don’t let Colin make it sound as if we were lucky, timing is everything, and competitions last for the duration of the event!!’
. 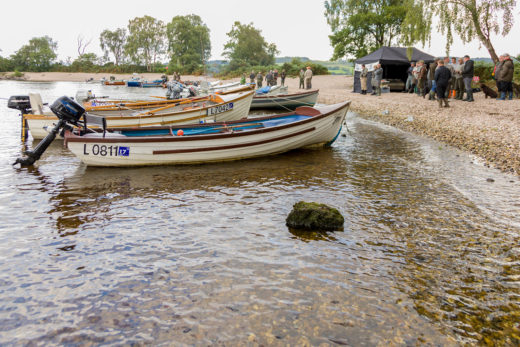 .
The day ended with a few drams and some hog roast. Apart from the competitive aspect it was a day to renew friendships and enjoy each others company, a great day out for everyone. This annual competition has been resurrected and here to stay and after its success the committee will certainly be looking at holding similar events in other areas of the system in the future.
.
Many thanks to those whose hard work made it possible, particularly John Bell, Colin McCrory, Tam McBride and Kenny Robertson. We’d like to thank Craig Somerville of Angling Active – providing sponsorship, photography and videoing of the event, Scierra – tackle donation, Glasgow Angling Centre – tackle voucher, Chris Turner Furniture – bespoke fly box, Gareth Bourhill Consulting – prize/ donation and Colin Riach – photography. Also thanks to, Voldac, Euan McGrandle, Gareth Bourhill and Jim Raeburn for their donations of bottles of spirits which featured in the prize list and raffle.
. 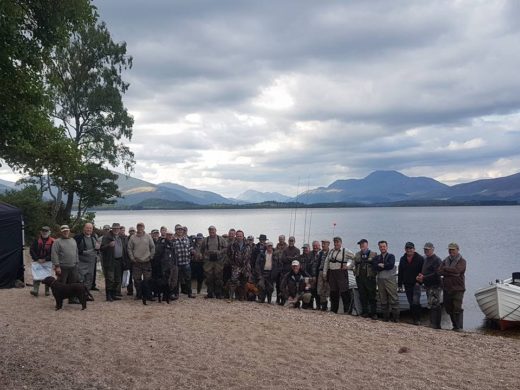 .
Most importantly we want to thank everyone who took part, making it a very memorable day for all. The proceeds from the event, likely to be in excess of £500, will be donated to the Loch Lomond Rescue Boat.
.
Angling Active’s video can be viewed on Youtube at https://youtu.be/vOhF6_ckCEo with plenty more photos of the day on their Facebook page.
.
JR
.